The company has elevated Gunjan Srivastava as Asia-Pacific Head 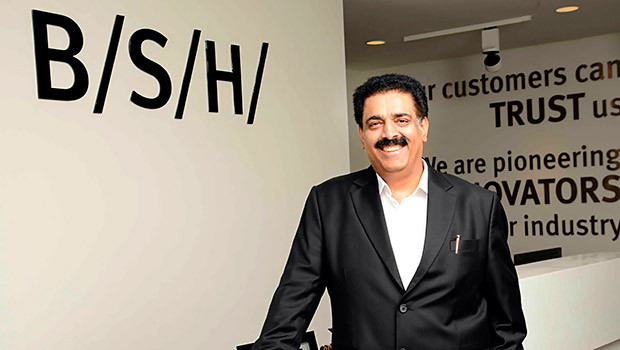 BSH Home Appliances Group, the home appliances manufacturer in Europe, has announced leadership changes at the helm of the organisation with Gunjan Srivastava, Managing Director and Chief Executive Officer, elevated as Head of BSH Region Asia-Pacific headquartered at Singapore.

Over the last five years, Srivastava has been instrumental in spearheading BSH India’s growth in a competitive consumer durables category by firmly establishing its three flagship brands — Bosch, Siemens and the most recently launched luxury brand Gaggenau. In his expanded role, Srivastava’s mandate will encompass running BSH’s business across the Asia-Pacific region, including India, South East Asia, Australia and New Zealand.

His successor, Neeraj Bahl, joins BSH Household Appliances as the MD and CEO from Panasonic India where he was the Group Chief Sales for Retail and Online. In his role as the Business Head for Consumer Electronics at Panasonic, he was responsible for increasing sales of TV panels. He contributed in expanding the company’s sales network. His achievements include the launch of XXL panel in 2016, launch of the OLED range of panels in 2018 with Ranbir Kapoor as the brand ambassador, the Viera Shinobi pro-series panels and the relaunch of Panasonic urban audio in 2017. During his tenure of over 25 years, Bahl has also worked with leading global organisations including Samsung Electronics, LG Electronics and Electrolux India bringing vast industry experience.

Srivastava said, “The last five years as BSH’s India head have been an enriching experience establishing its credentials as well as becoming the first triple brand player catering to varied customer segments, expanding/doubling our market footprint, fortifying our presence in established verticals as well as introducing new categories. I am excited to take on my new role and the incredible opportunities it brings, strengthening BSH brand and product presence in the APAC region. I wish Neeraj Bahl success as BSH India readies for its next phase of growth.”

Bahl said, “Within a short span of time, BSH Household Appliances has become a strong brand bringing the best of German Engineering along with localised appliances for Indian consumers. With a unique three-brand strategy with Bosch, Siemens and Gaggenau, the company’s robust manufacturing capabilities and innovative product portfolio, I am excited to carve the future of BSH India as well as reinvent and simplify daily lives of consumers across the country with a strong focus on India’s tier II and III cities as well.”