This August 15, brands and TV channels salute the nation and deliver meaningful messages around freedom and independence 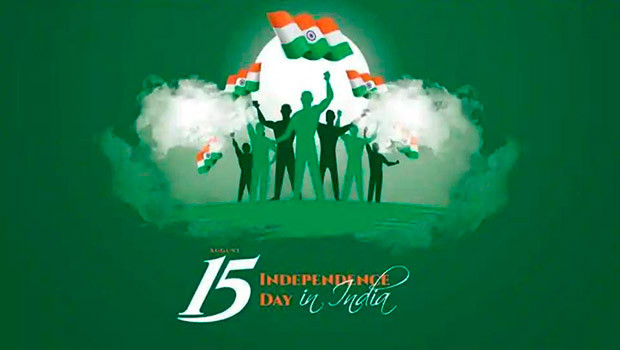 In the second part of Independence Day initiatives, BestMediaInfo.com puts together campaigns that have put the spotlight on those who have done extraordinary work for the country, show people how to co-exist in harmony and peace, salute the farmers and explain what freedom means to children.

Cement brand ACC, which has helped build India since 1936, believes in the philosophy of “Karein Kuch Kamaal” and hence on Independence Day, it salutes and celebrates individuals who have done extraordinary work for the country.

In the video series, change-makers Ritu Jaiswal, Atul Bhide, Pratap Gaikwad, Ajit Ghokale and team of Rajiv Rathod and Merwyn Coutinho share the challenges they faced, the tough decisions they made, and the impact created on the society.

ACC believes in brand philosophy of inspiring people to do extraordinary things, “celebrate excellence” and do “Kamaal” for the society. With this series, the brand wants to highlight their work to motivate more people to do good for the country because the brand believes Jab Log Karenge Kamaal, Tab India Karega Kamaal.”

United Colors of Benetton presents a thought-provoking digital film, #UnitedByHarmony, to showcase how a simple act of compassion and mutual understanding can allow a nation as diverse as India to co-exist in harmony and peace. The brand commemorates India’s 73rd Independence Day by spreading this simple yet powerful message of uniting the nation through simple acts of harmony with the digital film. Inspired by a true story of a Delhi resident, Sania Ahmad, it shows a simple yet profound act of inter-faith harmony that takes place in a Muslim locality during the Hindu festival of Navratras. The film recognises the thoughtful and honest effort of a girl who in her own little way is spreading a powerful message. Through this the brand intends to inspire the whole nation and create a path for national integration!

The film opens with a view of a fully lit and decorated Hindu temple wherein a group of individuals, clad in traditional clothes sing religious songs accompanied with musical instruments, at a high volume. Suddenly everyone stops and takes a pause, when one of the elder members takes a look at his watch and urges the others to do so too. A hush falls upon the temple as the devotees go quiet in the middle of the ‘bhajan’. As the film progresses, it indicates, that the sudden silence was exercised by the Hindu devotees in the temple to allow the ‘Azaan’ (Islamic call to worship) from the nearby mosque to be heard by the devout Muslims without any disturbance. The film ends on this emphatic and graceful note that when there is a genuine intent to respect and co-exist in peace, all it takes is simple thoughtful acts like these to bind the diverse social fabric of this nation in unity, harmony and empathy.

Leveraging all social media platforms, the brand launched a campaign video, showcasing the diversity of the world that we live in and the inclusion of the LGBTQAI+ community, as an extension of the brand’s core essence of care and inclusion. The video highlights this community coming together, cherishing and celebrating their true freedom to love, highlighting the sentiment of Independence Day that resonates with every Indian.

The campaign involves renowned equal rights activist Harish Iyer, who had appealed to the honourable Supreme Court in the section 377 case along with Rahul Gopi and R Balaji, members of LGBTQAI+ community and Alisha Pais, the musician. Playing an active role, the personalities would leverage social media platforms for creating empowering and encouraging conversations for "Pyaar Ki Azaadi".

The talent starring in the film are from the community and the supporters of this community, standing up in solidarity. The film is designed to highlight the voice and sentiments of LGBTQIA+ persons with the poetic monologue complementing the sigh of relief when freedom ushers in. The video also aims at fostering a sentiment of care and inclusion towards this community.

India’s auto-tech company Truebil, initiated a campaign #TrueFreedom to make people truly rethink the meaning of freedom again. It is conceptualised in a manner that makes viewers understand that somewhere honouring the freedom fighters and their sacrifices begins with honouring the streets.

The campaign ensured the true essence and values of freedom and independence was effectively portrayed through its film, driving a strong social message. It demonstrates how it is learning to ace the art of branded content films.

Dalmia Bharat Group released a cover version of one of India’s patriotic songs, Saare Jahan Se Accha, this Independence Day. Saare Jahan Se Accha is a song that brought the entire country together and for many years it was known as the anthem of the people of Hindustan. This version of the film commemorates and celebrates this song that was once the anthem of India’s independence struggle.

The film starts with a sunrise from the southernmost tip of India and then continues with the Dalmia Bharat Group team members across offices coming together and singing the song. The song then continues with visuals captured in beautiful time lapses, showcasing the length and breadth of India with mesmerising mountains and serene coastlines. It finally it ends as we move North East towards the Himalayas.

VMLY&R India, a digital marketing, advertising and transformation agency, has conceptualised the campaign.

The film shows the contrast in the ways of celebration of a common man and a farmer. Just that, a farmer’s celebration and hard work for nation is not for one day, it’s for his entire lifetime.

As the voiceover and audio talks about the regular celebrations in small towns and cities, the visual is a contrast departure from the same as it shows what Independence Day is for a regular farmer.

While Indians celebrate Independence Day with all the zeal and fanfare, the campaigns acknowledge the contribution of these farmers in making us the great nation we are today.

Kids’ entertainment channel Nickelodeon addressed the challenges India is facing despite being in the 73rd year of Independence through their innovative campaign, ‘Mera Wala India’. Taking a cue from what the ideal India should be from a kid’s point of view, the channel brings alive the sentiment and a child’s version of an ideal independent country.

As a part of the initiative, the campaign witnessed children across schools conducting a reverse match, taking up issues such as water conservation, safety, cleanliness, education for all. The most popular Nickelodeon character Shiva lead the reverse march across cities encouraging positive behavioural change among kids. With the help of its digital and social media reach, the campaign also aims to encourage children urging them to express their version of ‘Mera Wala India’ and take a pledge to extend this positive change towards the society not only among the kids but also among adults.

MTV Beats brought a day packed with diverse offerings celebrating India’s diversity and vibrancy coupled with a dash of comedy.

The channel celebrated azaadi by playing patriotic songs under the property ‘Freedom Beats’.

The channel celebrated music in a very different avatar, inviting dancers/ choreographers to make their own music video on their patriotic song called ‘Khushnaseeb’. This was aired across on all social media handles.

MTV Beats celebrated Independent Music as the theme under its popular property Beats Top 10. Hosted by Bollywood singer Akasa, this episode had a special guest in singer, song writer, Arjun Kanungo and featured 10 independent songs raging the nation coupled with a fun tête-à-tête around it.

ITC’s brand B Natural Juices & Beverage launched a video that celebrates the spirit of Indianness, through a heartwarming rendition of the patriotic Song ‘Vande Mataram’‘. The emotionally stimulating clip has been release on the brand’s Facebook, YouTube and Instagram handles with the hashtag #ShareAndRespect

The video opens with a product shot of B Natural Himalayan Mixed Fruit bottle, which then turns to reveal the Map of India. The view is zoomed to take the viewer inside the map of India to reveal majestic and glorious visuals of the breathtakingly beautiful Indian landscape that evoke a sense of pride and creates an instant connect with the opening verse of the song ‘Vande Mataram’. The video thereafter makes a gradual transition to feature Indian farmers who with great care and effort till India’s abundant soil, and the ‘fruits’ of their efforts are enjoyed by the modern day consumers who represent the many happy faces across India. Through this initiative, B Natural celebrates the shared feeling of ‘Indian-ness’that the brand takes pridein facilitating in its own way by sourcing 100% Indian fruits, only from Indian farmers to delight Indian consumers with high quality fruit juices and beverages.B Natural also takes pride in being the only Indian Brand to make its entire fruit beverage range from 100% Indian Fruit and 0% Concentrate.