By crafting beautiful festival campaigns that celebrate the universal bonding, brands try to reach out to its audiences and recreate the connection, taking us on a nostalgic trip 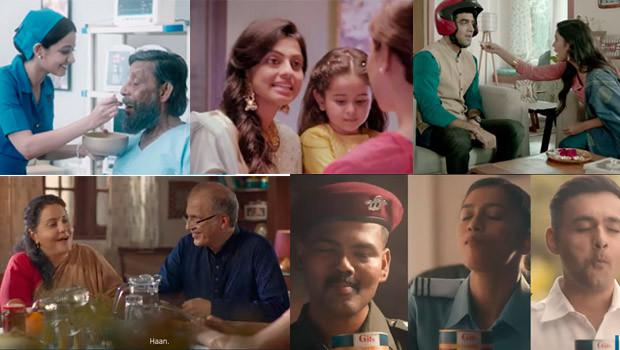 This year, Raksha Bandhan is coinciding with Independence Day. Brands, through their beautiful campaigns, are celebrating the purity of brother-sister bond as it is one relation that is to be cherished for life.

From creating rakhis for the country’s soldiers, to enabling sisters to be independent and making the festivities an inclusive one, brands had wonderful messages for its consumers. BestMediaInfo.com compiles a few that created a buzz on this occasion.

Gits Food Products Pvt. Ltd., on the joyous occasions of Raksha Bandhan and Independence Day, has launched a new video, perfectly capturing the essence of national brotherhood. Titled #ThankYouBhaiya, the digital film pays an ode to all the soldiers who protect the country.

Conceptualised by Togglehead, the video shows girls from Vallabhdas Dagara Indian Society for the Mentally Challenged in Mumbai creating handmade rakhis and writing letters to thank the bravehearts for standing tall and defending the country.

The film unfolds a spectrum of emotions as individuals from the Army, Navy and the Air Force receive these sweet tokens of appreciation by Gits.

Exide Life Insurance introduced its latest campaign #HeadWaaliRahki, which highlights the bond between siblings and brings forth the true sense of ‘Raksha Bandhan’ — the promise of protection.

The brand through the campaign ensures the message of safety, keeping the loved ones safe by advising them to always wear a helmet while driving a two-wheeler.

The company has launched a digital video that redefines the core of this brother-sister relationship through the campaign #ProtectSeZyadaSupport.

A brother is always taught to be the protector of his sister. However, the company shared a different take on #RakshaBandhan. Beyond protection, it signifies enabling the sister to be independent so that she can get her #LifeGoalsDone.

Retailer Shoppers Stop in its latest campaign essays the true essence of the festival and dedicated towards including our house helps and caretakers into the family and celebrations.

The campaign touches upon the true idea of an extended family bond, uses the concept of shared joys and responsibilities that create sisterhood

The “Celebrating Sisterhood” campaign pays a tribute to all the caretakers who take utmost care of the kids at home and ensure their safety while their parents are away. The digital film opens with the preparation of Raksha Badhan festival by displaying the thali with a diya, rice, roli-chandan and a big rakhi. The film celebrates the strong bond of trust, solidarity and care among the women in the house. The intricate details of an inter-personal relationships and camaraderie are aesthetically highlighted in the film. The little girl ties the rakhi on her caretaker’s wrist, acknowledging the love and care given by her, just like a brother does for his sister.

The week-long campaign “Celebrating Sisterhood” has been rolled out across Shoppers Stop’s social media assets, YouTube channel, and multiple digital platforms from August 8 to August 15.

Max Bupa Health Insurance has launched a unique #SabKiSister campaign. It aims to celebrate the invaluable contribution of the unsung heroes of healthcare — the nurses, who look after the patients in the time of need. Fondly called as ‘sisters’, the nurses work relentlessly every day to ensure appropriate delivery of treatment and care, and enable millions of patients to regain good health.

Marking a tribute to the nurses, Max Bupa has released a digital film on the brand’s social media channels, including YouTube, Facebook, Instagram, LinkedIn and Twitter. The video shows the protagonist, who is an old man, surrounded by a loving family going back to the hospital on Raksha Bandhan to thank a nurse who looked after him like his own sister during his hospitalisation. The high-on-emotion film depicts the bond that patients and families often form with the nurses who look after them during the recovery process. Many a time, the nurses do not receive the due recognition and with this campaign, Max Bupa puts the spotlight on their role and contribution, which is much more than just being the caregivers to the patients.

Edelweiss Tokio Life Insurance unveiled a digital film that tells a unique yet a relatable tale of a brother empowering his sister to make her #ZindagiUnlimited.

The film focuses on the story of a brother and sister duo, who go on a nostalgic trip to their childhood. It takes the viewer through a montage of memories of how the brother empowered his sister to make her Zindagi Unlimited.

Every relationship has its ups and downs. But nothing beats the highs and lows of the sibling relationship. The latest campaign #BattleOfBandhans launched by Trends celebrates this realistic and very relatable aspect of this partnership.

The campaign is conceptualised by Brave New World.

Taking off from last year’s Raksha Bandhan campaign, the film captures those memorable fights that become the cornerstones of a shared childhood. It seeks to ignite nostalgia in the viewer and urges them to celebrate their favourite fights with their siblings on social media.

Ferrero Rocher with its latest campaign brings “the Golden Bandhan” on digital to help brothers and sisters rejoice the special golden bond.

As a part of the digital initiative, the campaign will be promoted on a micro site to facilitate celebrations between siblings who don’t live in the same city by sending beautiful Rakhis and wishes with customised messages on behalf of sisters to their long-distance brothers.

In the first leg of the campaign, Ferrero Rocher will be launching a digital story around theme of The Golden Bandhan. The short-animated film humorously depicts the special relationship between brothers and sisters. It encapsulates the affectionate bond between siblings that takes you back to your childhood days.

Aegon Life Insurance has rolled out a video campaign showcasing the importance of having a conversation with your loved ones about topics that remain unspoken.

The digital film is designed with the concept of two sisters broaching a subject that has been left untouched all their lives. They choose to do so on Rakshabandhan and it only leads to a beautiful, ‘tension-free’ bond that they can nurture in the future.

The film is directed by Ram Subramanian. The emotional video shows the younger sister showing her support for her elder sister, as she doesn’t feel herself as a girl and dresses like a boy. The young one tells she completely understands her struggle. The elder sister is overwhelmed by her young one’s support. At the end the young one ties a rakhi on her bro’s hand.