26% FDI in digital media: Will existing platforms with major foreign ownership be affected?

The future of platforms such as Quartz India, Huffington Post, Vice India, VCCircle, Dailyhunt and Bloomberg Quint that have raised substantial foreign investment or have 100% foreign ownership is unclear. The impact on OTT platforms is also not clear. The industry has sought more details from the government 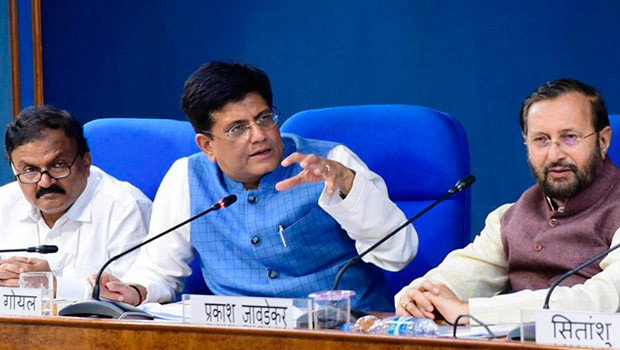 Till now, there was no regulatory framework in place for foreign capital raised by digital media. Platforms and aggregators such as Quartz India, Huffington Post, Vice India, Dailyhunt, VCCircle, Bloomberg Quint among others have raised substantial foreign investment or have 100% foreign ownership.

After the decision, the future of news streaming services on social media platforms such as Facebook and Google is also not clear or whether foreign digital news websites that can be accessed in India will continue to be available or not.

The government already has 49% FDI in place for broadcast content services and 26% for print (both through government approval route).

In a statement released on Wednesday, the government said, “The extant FDI policy provides for 49% FDI under approval route in Up-linking of ‘News & Current Affairs’ TV channels. It has been decided to permit 26% FDI under government route for uploading/ streaming of news and current affairs through digital media, on the lines of print media.”

Shekhar Gupta, President, Editors’ Guild of India and Founder Editor of digital-only news platform The Print, told BestMediaInfo.com that he will be able to comment only after reading the government’s decision in detail. Siddharth Varadarajan, the Founder Editor of The Wire, did not comment.

Experts have sought more clarity from the government on the decision. The fine print of the decision is still not available.

“The question is what happens to the 100% investment that has been made in news aggregation websites such as Quint, Dailyhunt and VC Circle. So, what happens to those? For this question, some clarification is necessary,” said Jehil Thakkar, Partner, Deloitte India.

For Indian media houses that have been running digital operations as a part of their group, the government’s decision may bring some cheer.

"If you see, the 26% limit is on news and media sites and the implication is that it can unlock a lot of value for existing organisations with digital media operations. They will be able to carve them out into separate entities, raise capital and seek separate valuation,” Thakkar said.

The impact on OTT platforms

The government hasn’t specified anything on the OTT platforms and has just mentioned digital media in its statement. However, the FDI policy in broadcast of content services allowed 49% investment through the government approval route.

It isn’t clear whether OTT platforms such as Zee5, Hotstar, Voot and others that have both entertainment and news content would be covered under the 26% or 49% FDI regime.

Tags: FDI in digital media
Advertisment
More from this section