Will adex on video streaming apps grow at TV's cost?

TV adex and viewership are currently going strong but the growth in digital consumption is posing a challenge. As more viewers get online, so will advertisers. BestMediaInfo.com finds if digital video adex is growing at the cost of TV or if it is incremental spending by advertisers 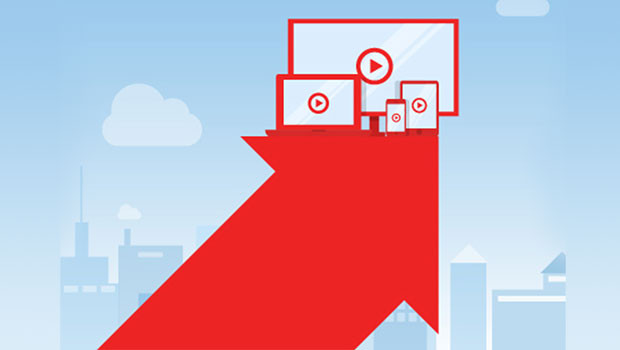 Digital media has provided unmatched flexibility to the consumer to watch content, from movies to sports, on the go. According to reports, almost 36% of the 12+ populace actively uses the internet, and even rural India is seeing a great uptick of new users coming online.

With this increasing popularity of live streams and on-the-go content, the digital platforms are witnessing demand not only from consumers but also from the advertisers. This year, the digital platforms witnessed record-breaking viewership on the back of three marquee events—IPL 2019, World Cup 2019 and General Election 2019.

While it seemed like digital might have cannibalised into TV viewership but the viewership data indicated that instead of cannibalising, digital is offering an incremental viewership, especially to the news channels.

BestMediainfo.com spoke to marketers and industry experts on whether they think digital is giving incremental viewership to brands and if brands should cash in on these digital and live streaming apps. Majority of the marketers were of the opinion that digital is currently giving incremental viewership to TV and most of the growth is being derived not only from urban but also from non-metros cities.

Sandeep Verma, President, Bajaj Corp, said, “Not just in urban areas but even in rural the digital is adding an incremental value to overall reach. TV spends and digital spends both have gone up. Which is why the overall advertising industry is growing in double digits and I expect this to continue because now people are not willing to risk substituting TV for digital. They are using digital as an incremental reach medium and not one and all.”

Giving a broadcaster’s perspective, Shaurya Mehta, Business Head, Zee English Cluster, stated that digital has not only exposed the audience to a newer form of entertainment and languages but also to a newer market, i.e. TV + digital market. “There is a growing need for personal space, which has given a leg to second screen experience, i.e. OTT, but TV has become a new dining table of sorts. The data we have collected from consumer research has shown that TV allows for seamless, curated and effortless viewing whereas in digital consumer have to seek out the content and make a decision on what to watch. There is a place for that; it is a binary world as it is not this or that. We have a large market and all these platforms are only aiding the overall viewership. To be honest, it grows in parallel,” Mehta said.

However, Suraj Nambiar, Managing Partner, Tonic Worldwide, believes that while digital is giving incremental viewership to TV, it will soon surpass the offline viewership to become the only kind of viewership in the future. “This is already happening with metro families where they have not renewed DTH subscriptions for the past one year and consume content on demand through television, including live events. With Jio GigaFiber launching with 100 GB of data available to consume per month with a speed of 100 Mbps, the transition is inevitable,” he added.

According to a Brightcove report, one in three Indians won’t mind ads as they watch over-the-top (OTT) content streaming platforms such as Netflix or Amazon Prime if they get a good deal from the vendors.

Pratyush Chinmoy, Head of Marketing, Onida, also believes digital viewership will grow due to cheap data rates and faster net speed. However, he says television viewership will stay parallel to digital as it delivers greater viewing experience in major events.

When asked if the increase in digital reach has boosted the confidence of brands to cash in on the medium, Ajay Kakar Chief Marketing Officer, Aditya Birla Capital, stated that wherever there are customers, brands have to follow. If a brand has its relevant audience on OTT, then there is no option but to follow. "The numbers speak for themselves; if the numbers are high for digital then they have to follow," he said.

Nambiar said that today brands and agencies do due diligence to online deals along with offline deals. He said since online feed during events such as election and World Cup is a clean feed from offline, brands have the opportunity to customise content for the digital audience rather than running the same 30-sec TVC they do offline.

Digital also ranks among the top few mediums advertisers explore when there is a pressing need for a huge impact in a single go. However, costs of such properties are on the higher side compared to the regular media outlets. Chinmoy added, "Brands are present on such apps. And will keep coming if there’s an unbeatable proposition in terms of the consumer set and set objective being met.”

While digital is offering greater reach and brands are warming to the medium, they are still few and far between. Most of the brands are still sceptical while investing in digital platforms and the lack of third-party digital measurement is one of the main reasons.

Nambiar said brands that have latched on to the digital are very few and some of them haven't had a good experience as far as brand metrics are concerned. "While the overall reach numbers look great for these live events, we will never know at that period of time how many users are viewing the complete live stream. We might have 100 million people reached during the event, however, during that specific hour or 30 minutes, we will not know how many views we are getting. There is no third-party tracking of these numbers. Hence agencies and brands are still sceptical of the numbers that are reported. While TV runs on spots, online runs on impressions and till we have transparency, brands will not hop on without a thorough evaluation of the deal," Nambiar reasoned.

Chinmoy added, "News fared well on counting day with viewership on TV, digital media and apps going up. However, the national elections come up once in five years, and it is on expected lines factoring in the growth of the active users across all the media platforms. Single impact events such as these can’t lead to generalisation of user trends and preferences. Live news after the TRAI change has, of course, won over other genres, but we need to observe for a few more months for clear a conclusion."