The media and entertainment industry applauds the increased FDI limit in media and the efforts to grant the start-up ecosystem a positive push but feels the budget misses on big and bold steps. The print media industry decries the 10% customs duty on newsprint and 5% import duty on printed books 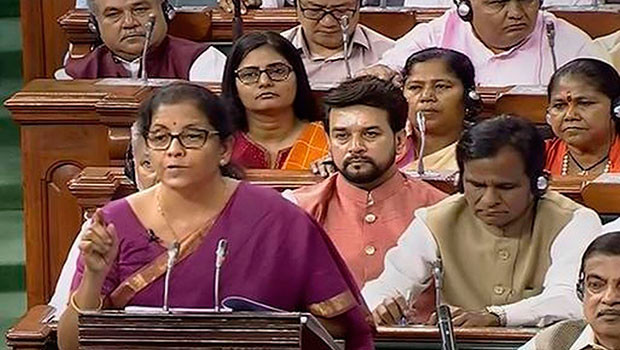 In the wake of the slowdown in India, the media and entertainment sector had wished for a strong focus on improving economic growth through accelerated investment and enhanced digital infrastructure, in the Union Budget 2019.

In her maiden budget, Finance Minister Nirmala Sitharaman focused on putting more disposable income in the pockets of urban consumers but there weren’t many provisions for the media and entertainment industry.

One of the positive provisions for the industry was the increased FDI limit in media and the effort to give the start-up ecosystem a positive push. But on the other hand, the 10% customs duty on newsprint and 5% import duty on printed books was a flipside for the sector.

BestMediaInfo.com asked industry experts about their opinion on the budget. While the industry lauded the increased FDI limit in media, some felt the budget missed an opportunity to take big and bold steps.

Ashish Bhasin, CEO Greater South, Dentsu Aegis Network and Chairman and CEO India, said, “The budget is certainly more inclusive and is focused towards providing a better lifestyle to the common man. From providing better access to toilets, better connectivity by roads and digitally, to promoting the ease of living, the budget actually showcases a lot of good stuff. The government's decision to examine the opening up of foreign direct investment (FDI) in media is beneficial for the sector. But some actions do seem contradictory and a let-down. There were expectations that the government would undertake substantial reforms, stimulate growth and cut tax rates. However, they missed the opportunity to do so and acted contradictorily by implementing a surcharge on HNI individuals. Despite everything, I expect the next 10 years to be very bright for India.”

Partho Dasgupta, CEO, BARC India, said that steps taken to attract investments by relaxing FDI, FPI and NRI norms, coupled with boosting public sector banks and NBFC, will trigger the much-desired credit boost. “With the M&E industry, one will have to carefully look at the impact of allowing FDI in the media sector. We are happy for the impetus given to start-ups, which will further propel the industry’s efforts on innovation and digitisation. Today’s budget directionally augurs well for boosting long-term economic growth by the focus on infrastructure improvement, strengthening benefits to the MSME sector and investments on improved skill sets of human recourses,” he said.

Avinash Pandey, CEO, ABP News Network, said the proposal to ease FDI norms for the media industry has come at an opportune time as it will allow them to invest in digital assets, upgrade technology and human skill enhancement. “The transponder-based model of all media, and definitely for news media, is changing. No longer will we need to uplink our signals to satellites and then downlink on the basis of a transponder. So the leasing of transponders and satellites will become history. Instead, we will have internet-based TV, which means app-based TV. This has already started. It will enable TV channels to become global very quickly, by eliminating the cost of transponders. Satellite TV stations can become global by investing in hiring more people, having international bureaus and becoming international stations. All these need vision and investors. This will help the Indian media and entertainment industry to move to the next level and even aspire to become a global content hub. The cost of becoming global will benefit from the new investment that this budget has allowed. From a news broadcaster's perspective, it is now possible to envision a scenario when an Indian player can go international like CNN, BBC and CGTN,” he added.

However, Mohit Malhotra, CEO, Dabur India, felt the Budget 20 seemed to have fallen short of meeting the industry’s expectations. He said, “The industry had been looking forward to a fiscal stimulus to spur economic growth and a resurgence of the rural economy. However, those big, bold steps are missing. Finance Minister Nirmala Sitharaman has announced a series of long-term initiatives that would help improve the overall consumer sentiments in the hinterland and put more disposable income in the pockets of the urban consuming class.”

The government made a slew of announcements for rural India, which include zero-budget farming and helping farmers get a fair price for their produce, besides ensuring access to safe and adequate water for all rural households by 2024. It also included the fast pace of road construction and an upgrade of over 1.25 lakh km of rural roads over the next five years to significantly improve rural connectivity and give companies easier access to rural markets.

Malhotra felt these are certainly steps in the right direction and will go a long way in improving the standards of living in the hinterland. “The proposal to increase deduction by Rs 1.50 lakh on interest paid on home loans for affordable housing is a positive for the urban middle-class and would translate to more money in their pockets. Overall, I feel, it’s a mixed budget. The government has set an ambitious target of growing India into a $5 trillion economy by 2024-25, but the big, bold structural reforms needed to create an enabling framework are missing,” he said.

Vivek Karve, CFO, Marico Limited, feels that in order to achieve their aspirations, the government should be conscious of the need to create physical and social infrastructure. “The Finance Minister has allocated substantial budgets towards agriculture, rural, women, education and physical infrastructure. The focus has been on the belly of the country that comprises small and medium-sized businesses and the middle class. These, along with some of the measures proposed to infuse liquidity in the economy, are expected to restart the growth engine and provide a much-needed fillip to consumer demand in the country.”

Apart from economic growth, the industry had also hoped for women empowerment, removal of Angel Tax and fast-track digitisation. Vivek Lath, Managing Director at GoQuest Media Ventures, said the easing of Angel Tax is a very positive measure. “The start-up community is at the forefront of innovation in this country and across the world. Angel Tax was becoming a draconian issue and was stifling innovation at its stem. More investment is chasing the media and entertainment sector today than ever before. It is important we encourage this investment and not penalise entrepreneurs and investors for contributing to the economy,” he said.

Karan Bedi, CEO, MX Player, said the government’s steps to open up FDI further in the media and entertainment sector would help boost entrepreneurs as well as talent. “MX Player’s growth strategy is based on creating premium original content for the larger Indian audience, and the expansion of Bharat Net would offer a great opportunity to OTT platforms like ours to reach a vibrant and diverse audience beyond the metros and tier I cities,” Bedi added.

Apurva Purohit, President, Jagran Prakashan, also felt the decision to open the gates for FDI in media will usher a positive change in our sector. “Additionally, by way of proposed changes, the government seeks to enhance women's participation in scripting India’s growth story, which is crucial for any developing nation,” she said.

Nisha Narayanan, COO and Director, Red FM and Magic FM also commented that with more foreign investment in media, currently, FDI stands at 49% for the private FM radio industry, which they now hope will open up to 100% for DTH and entertainment. “Liberalisation of same will also majorly help in private FM station to reach the media dark cities and adapt new digital technologies and best practices being followed globally. The budget facilitates the transformation of the Indian economy into a digital economy with special focus on cashless transactions. We hope that in the long run, we will be able to derive the benefits of the special initiatives and incentives announced by the Financial Minister for a tax rebate on e-vehicles, push for affordable housing, increase in the turnover limit of Rs 400 crore for companies to fall in the tax bracket of 25%. Additional deduction benefit on home loans, focus on empowering women and infrastructure push for railways, highways and education will be beneficial,” she added.

Akshaara Lalwani, Founder and CEO, Communicate India, stated, "The budget certainly has growth at its focus, especially for women entrepreneurs. The government's scheme of extending interest subvention and loan incentives to women entrepreneurs is also expected to open many doors for them, paving the path for increased ease of doing business. The key reform that will foster change would be the adoption of new payment portals curated for MSMEs. This will definitely fast-track the growth and development for small and mid-sized industries, and motivate entrepreneurs to scale greater heights. Another key factor giving a boost to start-ups is the launch of an exclusive TV channel, which underlines a contemporary approach towards using media as a growth driver. The budget exhibited that sustainability is at its heart, with the government's efforts in rendering change through Swachh Bharat 2.0. This certainly is the need of the hour."

Dinesh Chhabra, CEO, Usha International, said the rise in disposable income and this news ahead of the festive season will certainly bring cheer to all stakeholders in the consumer durable sector – companies, partners, and customers – and they are optimistic that this will lead to a spur in the growth in the consumer durables category. We welcome and hopeful that the announcement of pension benefits to three crore shop owners under the new Pradhan Mantri Karamyogi Mandhan Scheme will bring some relief to the small retailers.”

Anand Kripalu, Managing Director and CEO, Diageo India, said, “The budget lives up to the government’s vision of a new India that aims at inclusive growth. The acknowledgement of India Inc’s role as the nation’s job and wealth creators is heartening. Operating with the high standards of compliance, in a sector that is in urgent need of regulatory reform, we are delighted at the government’s vision of ‘Minimum Government Maximum Governance’, which we hope the centre will encourage states to adopt towards the alcoholic beverages sector.”