Generally, advertisers are aggressive towards the second half of the year as it is loaded with the festival and holiday seasons. The ad market witnesses heavy spend as most brands keep a set budget for these regular activations every year.┬á

But this year, the market might witness some change in its brand activation as the first half of 2019 was filled with three marquee events ÔÇö the Indian Premier League, the World Cup and the General Elections.

According to a Dentsu Aegis Network report, advertising spend in India is likely to rise by 11.4% to Rs 697 billion in 2019. Whereas despite TRAIÔÇÖs NTO, television will continue to be the dominant force in India and is estimated to contribute 39% of the total ad spend in 2019. Television is forecasted to expand in 2019 by 9.5% to touch Rs 27,140 crore.

Sujata Dwibedy, EVP & Head of Buying & Trading, Amplifi India, said, ÔÇťThe second half of the year is always hectic and there is decent traction in advertising. 60% of advertising spends happen post-August. Though, the first half of 2019 was marked by big events, I don't think the spends will go down. It won't be in the same momentum but still it will be high from August across the festival season. The brands that spent during these seasons will keep spending. Also, the kind of advertisers the sports and election events attracted are very different. Advertisers for these events are more target-centric, like it is more male-centric. So, the FMCG brands will still come in play for the second half of the year.ÔÇŁ

Most advertisers said ad-spend calibration will take place more on the basis of the monsoon and the countryÔÇÖs economy; and not on the three events that took place in the first half. According to the advertisers, the slowdown in the economy is the deciding factor, which is the reason why there werenÔÇÖt too many brands investing in the first half of 2019 as they were in a wait-and-watch situation.

While there wasnÔÇÖt much participation from advertisers across sectors, brands are now hoping to have a good monsoon and a financial budget to boost consumption during the festival and holiday season.

Sandeep Verma, President, Bajaj Corp, commented, ÔÇťIn the second half, hopefully, the monsoon will be good and the state of the economy is going to improve, following the state governmentÔÇÖs plan for some fiscal initiatives to improve consumption. Following this, advertisers will plan advertising campaigns or new launches. I expect a lot of activity from the automobile sector, which till now has been pretty quiet since the economy wasnÔÇÖt doing well. A lot of launches had been postponed as they are waiting for the monsoon to settle down as well. So there will be pent-up demand for all consumer durables and not just automobiles. These demands due to a good monsoon and the fiscal stimulus from the government should have an overall positive impact. We expect the second half of the year to be a lot more positive and stronger for the advertising industry.ÔÇŁ┬á 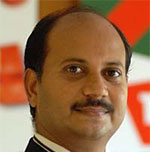 RS Sodhi, Managing Director of Gujarat Co-operative Milk Marketing Federation (GCMMF), which runs the popular dairy brand Amul, said that since the second half is full of festivals, most brands keep a set budget for a year for these regular activations. ÔÇťThe regular activation will continue in the second half, our focus will be primarily on the festival and holiday season.ÔÇŁ

Surendra Kumar Bajaj, VP Marketing, Lux Industries Limited, also said that they will be aggressive in the third and fourth quarters. ÔÇťThough we havenÔÇÖt taken the World Cup, we were present in IPL and we were heavily present on all the news channels during the General Elections. For us, the second quarter will be slightly muted and then we will be aggressive in the third and fourth quarters. For us, the second half is off-season, we hardly advertise from mid-July to August-end. We will come back from September with our winter collaborations. However, this is not the first year we are doing this, we are doing every year and this is normally the trend.ÔÇŁ

Rasika Prashant, CMO, Soulfull, said though digital is the fastest growing medium, TV and print are still the biggest media and brands that need more reach will have to stay invested. ÔÇťThe overall increasing consumer demand will keep the adex growing this year and total spends should touch the $10bn mark. Ad spends will continue to grow by a stable 10-15% rate even this year.ÔÇŁ

Rasika said, ÔÇťWe have always taken a multi-platform approach for our brands. Digital continues to remain in focus for us as it allows us to reach our target audience in a sharper manner. Activations will continue to be a strong pillar for Soulfull brands to drive demand. For kids-focussed snacking brand Rag Bites, we are looking at school programmes, kids marathons, etc., for sampling and driving affinity. For our brands like Smoothix and Millet Muesli, which are targeted at the youth, digital, print and strategic partnerships will lead the way.ÔÇŁ