Led by Co-founder and Director Priya Jayaraman, the only Indian Independent Agency of the Year at Spikes Asia merges with the digital division of L&K Saatchi & Saatchi 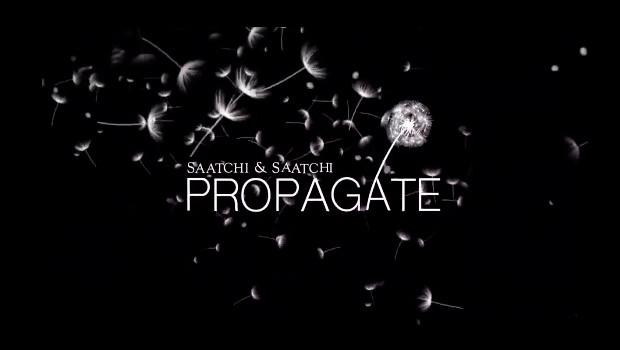 Bangalore-based independent agency and the winner of Independent Agency of the Year at Spikes Asia 2018, Propaganda India has now become a part of Publicis Groupe. The agency has been absorbed within L&K Saatchi & Saatchi.

Led by Co-founder and Director Priya Jayaraman, the 60-member team of Propaganda India will merge with the digital division of L&K Saatchi & Saatchi and the new agency will be called Saatchi & Saatchi Propagate.

Confirming the development with BestMediaInfo.com, Anil Nair, CEO and Managing Partner of L&K Saatchi & Saatchi, said, “We have acquired the people and businesses of Propaganda India sans their books and liabilities.”

Talking about the capabilities of Propaganda India, Nair said, “It was the Independent Agency of the Year at Spikes. No one from India has done that before. Therefore, there is no question about their capabilities.”

It may be recalled that Anil K Nair, CEO and Managing Partner of Digital Law & Kenneth Saatchi & Saatchi India, had moved on from the agency earlier this year in March. Sources told BestMediaInfo.com that L&K Saatchi & Saatchi has been looking out to strengthen its digital capabilities since then.

“A lot of people are in digital and all of them are doing digital communication. The real revolution is in digital technology. From there emerges data and other long-term marketing techniques. Doing social media and calling themselves digital agency is what largely been happening,” said Nair.

“Propaganda’s team is truly digital. They have worked with the real giants of the digital space. They are one of the first agencies to work with Google in India,” he added. “We have two choices: one is to grow and build these capabilities in house or acquire. When you acquire, you acquire someone who is far better than you.” Talking about the reasons behind choosing to be a part of a global network, Jayaraman said, “We will scale up by becoming a part of the network. It gives scale and the strength in terms of adding a lot of value to customers.”

On choosing Publicis, Jayaraman said, “I like the way Publicis thinks and what they bring on the table is the ‘power of one’ play. They make well with the philosophy and collaborative approach with the digital ecosystem.”

Propaganda India had widened its footprint to the Delhi-NCR region in October last year.

On the enhanced capabilities, Nair said, “We already have strong footholds in Bangalore. We have Bangalore-based clients, but we are handling them from Mumbai. But yes, this is a massive team of 50+ people, plus our Delhi team gets much stronger with the Propagate team joining the office. Our limited strength in Delhi on digital has become really big. Realistically, Delhi is the real growth market in advertising, Bangalore is another growth market. Mumbai is relatively flat if you see in the last 2-3 years.”

“In Delhi, the 18-member team of Propagate adding to my four-member team with end-to-end capabilities gives me footholds into anything. This makes L&K Delhi very strong. For the Propagate team, they are getting entries into the P&Gs of the world. Suddenly they are working on the big brands of ours.”