The government has set up a Central Consumer Protection Authority to take action against violation of consumer rights, unfair trade practices, and misleading advertisements. Consumer Disputes Redressal Commission and forums will be set up at district, state and national levels to speed up redressal of consumer complaints 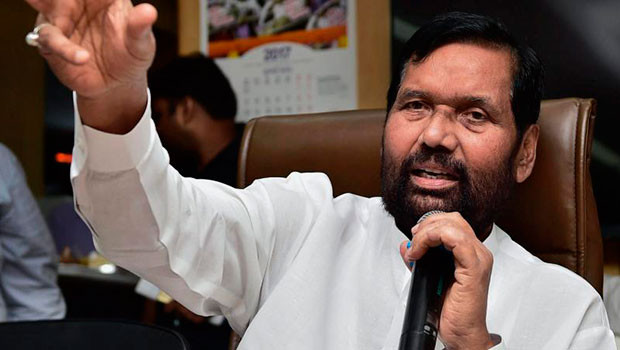 The Lok Sabha has passed the Consumer Protection Bill 2019 that aims at protecting the interests of consumers by establishing authorities for the timely and effective administration and settlement of consumers’ disputes, Union Minister for Consumer Affairs, Food and Public Distribution Ram Vilas Paswan has said.

Under the Bill, there is a provision for the Central Government to set up a Central Consumer Protection Authority (CCPA) to promote, protect and enforce the rights of consumers and will be empowered to investigate, recall, refund and impose penalties. It will regulate matters related to the violation of consumer rights, unfair trade practices and misleading advertisements.

There is also a provision for class action lawsuit for ensuring that the rights of consumers are not infringed upon. The authority will have the power to impose a penalty on a manufacturer or an endorser of up to Rs 10 lakh and imprisonment for up to two years for a false or misleading advertisement.

The bill has also proposed to set up Consumer Disputes Redressal Commission and forums at the district, state and national levels to simplify the process of addressing and speeding up the consumer complaints.

The bill will replace the Consumer Protection Act, 1986. The bill will now go to Rajya Sabha for passage, where it was passed in December last year and had lapsed.

Paswan said the bill has proposed strict measures in case of misleading advertisements against advertisers but not against the media on which these will be shown.

Applauding the development, D Shivakumar, Chairman, Advertising Standards Council of India (ASCI), said, "This is a great development in favour of consumers and ASCI welcomes the passing of the new Consumer Protection Bill. Protection of consumers’ interest is also ASCI’s core mission. As an expert body dealing with complaints pertaining to misleading advertisements, ASCI has been working closely with the Department of Consumer Affairs. Complaints being received on the GAMA portal are being examined by ASCI since its launch. We expect this co-regulation model to be strengthened further as per recommendations of the Parliamentary Standing Committee."

A manufacturer or product service provider or product seller will be responsible to compensate for injury or damage caused by defective product or deficiency in services.

According to the new bill, the Central Government is empowered to make rules to regulate direct selling, multi-level marketing, e-commerce, teleshopping, etc.

Moving the Bill, Minister of State for Consumer Affairs, Food and Public Distribution, Raosaheb Patil Danve said it aims to simplify a number of rules. Danve said with the passage of the Bill, consumers will be able to get speedy justice. He said the government aims to simplify the entire process of redressal of consumer grievances.