Brands tried to reach out to consumers by offering a free trip to England to watch a World Cup match. Such campaigns have been doing the rounds since the 1999 World Cup. But do these fetch results for brands? BestMediaInfo.com finds out 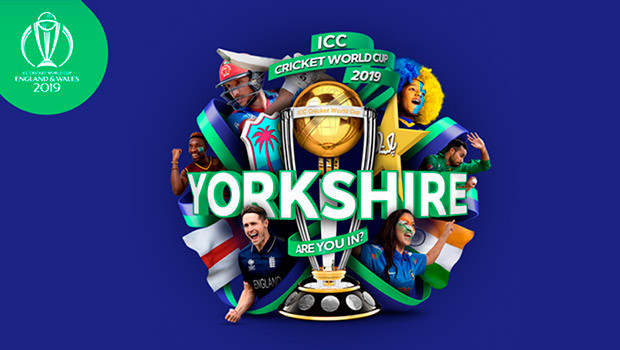 Ask any grown-up cricket lover about the most famous brand campaign around the World Cup that one remembers and the answer would be a prompt, ‘Britannia Khao, World Cup Jao’. The campaign, first launched before the 1999 cricket World Cup, was revived 20 years later for the 2019 World Cup.

Though Britannia’s campaign remains the most iconic, several other brands, including Uber, have tried it in this World Cup by offering free tickets to matches in England. If for Uber it was the ‘UberKaro’ campaign, for others it was some other initiative.

This World Cup, more than six brands — Britannia, Uber, Bira 91, Gulf-Oil, Coca-Cola, and Nissan — tried to attract Indian consumers’ by offering a paid trip to England. While Uber and Bira91 were new players in such brand campaigns, Britannia, Coca-Cola, Gulf Oil have been attracting consumers for several years now.

The brands aggressively promoted their offerings around the World Cup matches across media. Uber and Gulf Oil featured cricketers on their 'UberKaro, World Cup Chalo' and #CheerWithPride campaigns.

But were they able to make an impact? BestMediaInfo.com spoke to brands to understand how these campaigns worked.

Speaking on the winners of the World Cup campaign, Anuradha Bose, Strategic Brand & Marketing Officer, Gulf Oil, said, “Overall, we sent 12 channel partners and two consumers to the match. Winners were declared and sent to watch the India-Sri Lanka match on July 6.” “We had winners from India, Singapore and US. Each winner got a trip for two to go watch a key World Cup match,” said Aanchal Chauhan, DGM, Media Content, Bira 91.

According to marketing heads, brands strategise on such offers during World Cup for brand awareness and engage consumers.

“We launched two campaigns, a rides campaign featuring Virat Kohli, Uber’s brand ambassador, as a cab driver, and the second, a demand generation campaign for Eats. Our consumer engagement programme allowed riders and eaters to earn 'runs' for each trip or order. It gave them a chance to win an ‘once-in-a-lifetime opportunity’ to fly to England and Wales and experience the thrill of a World Cup match. In addition, thousands of fans won exciting swag. The campaign has received a great response in the market, and strengthened our brand awareness and engagement with riders and driver partners,” said Manisha Lath Gupta, Marketing Director, Uber India and South Asia.

“This tournament provided us a great platform to reach out to newer consumers beyond our existing geographies within India and globally,” added Chauhan.

Gulf Oil had a multi-layered campaign for different mediums. The brand had rolled a 360-degree campaign. According to Bose, the success of their WorldCup campaign was integrating all media to work in a synchronised and symbiotic manner to deliver results.

The brand launched a #CheerWithPride campaign for their Motorcycle Oil segment. The ad features MS Dhoni and Hardik Pandya along with the Gulf Oil (Pride 4T Plus) Mascot – Mr. Pride. Through this campaign, the brand invited entries for an interesting contest. Participants had to Cheer for India, come up with an innovative slogan and post it with #CheerWithPride and get a chance to go to England. There were loads of other goodies to be won, including original world cup merchandise.

The brand roped in their brand ambassadors MS Dhoni and Hardik Pandya from team India.

“Our digital campaign brought to life the qualities of our motorcycle oil through our mascot – Mr. Pride. We built a strong on-ground leg to the whole campaign with our trade partners as well. All of this taken together delivered the results,” Bose said.

On the most beneficial medium of marketing during the World Cup, Chauhan said, “As a brand we have always been digital-first and our strategy here was no different. As we expand our footprint in India and enter smaller cities and towns, we are exploring other mediums like outdoor and radio as well, along with digital.”

For Nissan, the World Cup was the biggest and most extensive campaign in India. According to Padmanabhan, the Nissan family across teams, geographies and agency partners invested hours in accomplishing the grand campaign task. “We were present across TV, print, radio, outdoor and social media channels and every medium. While TV is still important to drive reach and saliency, we are getting immense reach through our digital engagements. I believe our focus will continue to tilt towards digital in the times to come,” he said.

“To bring our brand and cricket closer to our customers, we announced the ‘Fly to UK’ contest in January,” he added.

The brand organised the #CWCTrophyTour across several countries. The India leg of the tour saw the Nissan Kicks, which carried the ICC Cricket World Cup trophy across eight major cities. The tour included a photo opportunity with the trophy and player interaction in prime shopping spots. The interaction included the #FlyToUK contest and winners received an all-expense paid trip to the United Kingdom where they witnessed the India-Pakistan match.

“At Gulf Oil, we are investing in digital to build engagement and interactivity with our customers and this investment has been gradually increasing. Data shows that while TV delivers good reach, our customers and trade partners are showing high affinity for great content on digital. Today, Gulf Oil is one of the highest engaged brands on social media in this category,” Bose said.

Bira91 did multiple activations online and offline throughout the tournament. In India, the brand replicated stadium experiences by hosting official screenings of key matches across its key markets. In UK, being the only beer served at the stadiums, the brand had its pop-ups at stadiums with face painting, music, giveaways of stadium merchandise, giving the consumers a first-hand experience of the brand. To win the World Cup ticket, the brand had set the lucky draw on its social media handles.

On the result of the campaign, Chauhan said, “While we’ll evaluate the result after the tournament, the overall response and buzz so far has been very positive, including reviews of our beers in the UK.”

“It has been a good World Cup for Nissan. We gained a lot of exposure through the World Cup coverage. The huge scale of the event gave us massive reach and awareness in key markets, especially in India where we are a relatively young challenger, looking to build our brand in a very competitive market,” Padmanabhan said.

“The results have been very good from the campaign. In an environment of negative growth for lubricants business, Gulf Oil has shown double-digit growth in the personal mobility category and done well in terms of achieving business objectives. Pride Engine Oil – our flagship product for motorcycles — continues to grow,” Bose said.