A slump has hit the Indian startup ecosystem with seed-stage funding dropping significantly in H1, 2019. Recently, the Bombay Stock Exchange approved the IPO application of the first two startups for listing under their platform to raise funds. Is this going to be a new phenomenon that will drive the growth of Indian startups? Arnav Anand, Founder & CEO, AptIdea Solutions, analyses 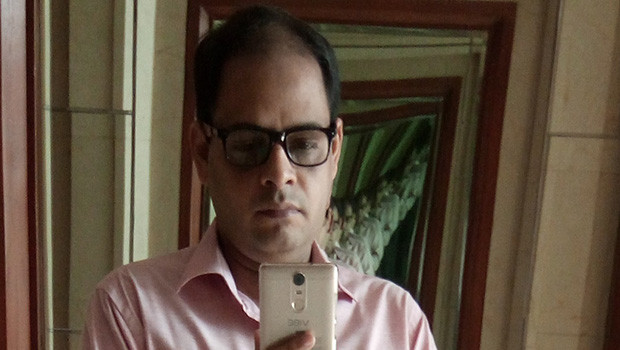 The news that is now doing the rounds among Indian startups is about the Bombay Stock Exchange’s approval to two startups for raising an IPO. BSE had launched its BSE Startup Platform in December 2018 with an objective to allow startups to launch their IPO under somehow relaxed norms, to raise funds for their business growth. After a rigorous screening process, the first two startups expected to be listed on BSE under their startup platform are Alphalogic Techsys Limited and Transpact Enterprises Limited. Pune-based Alphalogic is hopeful to be the first startup to launch their IPO sometime in August 2019.

This is perhaps a new and revolutionary trend that is drawing the attention of all startups, experts, venture capitalists and all. In 2018, not less than 250 startups exited the eco-system, primarily due to a fall in funding. A significant drop in the seed-stage funding has also raised a valid question on the survival of Indian startups. In such a scenario, many think an IPO could be a good alternative to raise funds. In 2019, there were successful IPO cases as well that substantiate this common feeling; one is the Yatra IPO and another one is the India Mart IPO.

But will be launching an IPO under the BSE Startup Platform a cakewalk? Anshu Goel, Founder of Alphalogic, says, “We have been doing our business for years with integrity. This is the reason we can easily meet the criteria as underlined by BSE. In my opinion, startups can find this an excellent way to raise capital from the market, on the basis of their own potential. This is a new beginning to influence the Indian startup ecosystem, indeed.”

What is required for a startup to launch its IPO?

According to the BSE Startup Platform portal (https://www.startupsbse.com), it is open to evaluating the IPO applications from certain sectors, which include IT, ITES, Artificial Intelligence, Big data, E-Commerce, Virtual Reality, Biotechnology and Life Science, 3D Printing, Space technology, Hi-Tech Defense, Nano Technologies and others.

For applying for an IPO under this platform, the startup must be listed with MSME or DIPP. Startups that are not registered with MSME/DIPP should have a paid-up capital of minimum Rs 1 crore to be eligible for launching the IPO. The company must be incorporated under the Companies Act 1956 and must be in existence for at least two years. The company must have a positive cash flow and a net worth.

There are some other requirements as well, which include:

As per the SEBI guideline, the company listed under the BSE Startup Platform needs to be traded on the platform for at least two years. Then only, it will be eligible for migrating to the Main Board of the exchange.

The BSE initiative is aimed at helping startups to launch an IPO as an alternative to VC funding. This will also ensure that founders can have a better control on the majority of the equity rather than put the stake in the hands of VCs and institutional investors. Alphalogic is going to be the torchbearer to show other startups the way to get listed for funding. They already have launched their DRHP, which is available on the BSE Startup Platform, alongside the Draft Prospectus of Transpact Enterprises, another startup hopeful for the BSE listing.

When Alphalogic and Transpact Enterprises can qualify for the IPO, others startups too can follow the path. The Bombay Stock Exchange is pushing hard to encourage startups choose the IPO route and take advantage of various possible benefits. The BSE has been actively involved in educating startups about the regulatory framework in order to get listed on this platform. It has also been spreading awareness in order to strengthen the startup ecosystem. There are several consultants who are working closely with startups to help them get listed and raise capital for their business expansion. By the year end, more startups are expected to line up with their IPO application before the BSE. This is going to be a good indication for the sustenance and growth of the Indian startup ecosystem.

(Arnav Anand is an entrepreneur, writer and a digital marketing practitioner. He has launched and has been running ventures, such as ForPressRelease.com, NewsBoosters.com and 69secs.com.)