In an interview to BestMediaInfo.com, the Vice-Chairperson of India Today Group shares what the network focuses on, and why it is averse to using landing page. She talks about the digital transformation of the network and how India Today TV in particular, outperformed the competition during the general elections and cricket world cup 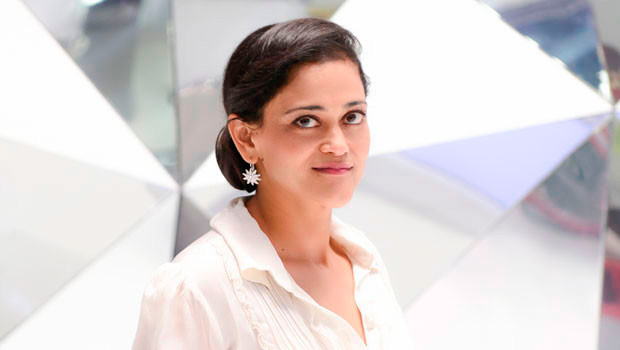 India Today Television, a part of the India Today Group, saw a steady jump of 123% in its viewership in the last quarter that had mega events such as the general election and the cricket world cup.

Kalli Purie, Vice-Chairperson of India Today Group, credits the growth to the investment the channel made in on-ground reporting and sports programming.

In an interview to BestMediaInfo.com, she said the channel has solely relied on ‘journalistic integrity’ and has stayed away from using tactics such as landing page and dual feed, which some of the competing news networks are using.

“Multiple news channels have resorted to employing tactics such as dual feeds and landing pages to artificially boost their viewership numbers, rather than making an honest effort and focusing on their quality of news first,” Purie said.

“We have always stood for good content rather than cheap tricks, or in this case expensive tricks, and it has taken time but in the long run and when it counts, good content will always triumph,” she added.

Talking about the digital transformation of the TV-led network, Purie said the group has several firsts to itself when it comes to digital publishing.

“We are India’s top general news group on digital. Aaj Tak is the world’s first news channel on YouTube with a diamond play button (nearly 19 million subscribers) and is the No.1 news channel not only on YouTube but also Facebook,” she said, adding the group is focusing on boosting Instagram viewership as the millennials are present on the platform.

The channel saw a significant spike in viewership during the general election and the World Cup. What were the factors behind it?

On-ground reporting is one of the central tenets of India Today TV, it forms the most fundamental and core brand promise. Elections are won and lost on the ground and not in studios. Reporting, right from the middle of the action and story, is the lifeline of true blood journalists and it gives viewers a ring side view of the news, a direct and honest perspective of the situation and doesn’t distance them from the truth. Election Express — the roving studio, was an extension of this thought, which took the viewers across the length and breadth of the country, giving them key insights into the narrative of the electorate, across all segments and demographics. India Today TV also stood out for offering the viewers incredible access to every politician straight from their individual electoral battlefields — including PM Narendra Modi’s first and only interview from his karmabhoomi, Kashi.

On-ground reporting also holds practical value for the viewer as the data has conclusively shown. India Today TV’s viewership grew by 123% as ground reporting coverage doubled during the elections.

Has the rampant usage of Landing Page and Dual Feeds by competing media houses made the game tougher for you?

In the current scenario, multiple news channels have resorted to employing tactics such as dual feeds and landing pages to artificially boost their viewership numbers, rather than making an honest effort and focusing on their quality of news first. When an unsuspecting viewer switches on the TV, he/she is taken to the landing page instead of the channel they want to, thus recording them as a ‘viewer’ and increasing viewership figures.

We have always stood for good content rather than cheap tricks, or in this case expensive tricks, and it has taken time but in the long run and when it counts, good content will always triumph. And the fact that India Today TV got a surge during elections is the result of staying on track. With such figures, India Today TV has established itself as the channel that leads through quality content instead of artificially enhanced and spiked reach.

How much emphasis did the channel put on exit polls and their accuracy? How does it compare with the competition?

India Today TV holds a unique position when it comes to exit polls. It stood out as a news network that got the exit polls bang on, predicting the general elections better than everybody else. Although most channels predicted an absolute majority by the BJP, none of them came close to predicting the wave. With the accuracy of this general election’s exit poll, coupled with the many state polls through the year, India Today TV came across as the most credible channel on predicting elections. It is a long-standing tradition of the brand, which started scientific election analysis of this scale in the country and has made continuous innovations in the field.

The World Cup was another major event. How did the channel plan for its programming?

The God of Cricket, Sachin Tendulkar picked our network to mark his comeback and bring the story of India’s campaign in the cricket world cup straight from ground zero.

Sachin was also a part of ‘Salaam Cricket’, a Mega Cricket Conclave bringing together 11 legends at the Mecca of cricket — Lord’s. Held a few days before the World Cup, the event celebrated the spirit of the sport and brought forth the most fascinating stories from some of the greatest cricketers ever to have graced the game.

As is evident from data, India Today TV has retained an impressive lead along most metrics, relying solely on its journalistic integrity.

How’s the group doing in the digital medium, in terms of traffic and revenue?

I think once you think of yourself as storytellers that are platform-agnostic, the leadership translates well. But every story has to be told slightly differently for each platform and each audience. It is like the ingredients are the same but there are many kitchens. Taking one ingredient and preparing many delicious dishes has become our speciality. We understand that our audience is present across mediums and our continued focus on the digital front has reaped rewards for us constantly. We are India’s No.1 general news group on desktop, mobile and social media, as well as the No.1 news video publisher. Aaj Tak is the world’s first news channel on YouTube with a diamond play button (close to 19 million subscribers) and is the No.1 news channel not only on YouTube but also on Facebook.

On digital you have to keep moving with the audience. Our new focus is Instagram and we have had significant success with our insta episodes during the elections. We are the only news channel in India to hit 1 million Instagram views.

How are you tapping millennials, who aren’t consuming TV as much but are mostly on mobile?

Indians aren’t just average smartphone users now; they are in fact binging on apps. As per a recent report by TechArc, most Indians use up to 24 apps on their phones daily, a number far higher than the global average. Mobile gaming has also grown in recent times. After social media, it is the second most used category of apps with 70% of the users playing one or the other game daily on their smartphones.

Cognizant of these changes in the smartphone ecosystem, we launched the ‘So Sorry Gully Cricket’ app in the run-up to the elections, featuring our blockbuster politoons playing gully cricket. This fusion of fun and entertainment appealed to the younger set, especially since the game is set in trademark Indian gullies, something that all of us have experienced while growing up and playing cricket. It was the perfect use of technology and creativity to cater to our viewers’ needs.

Increasingly, millennials are spending more and more time on Instagram and we use IGTV effectively to engage with them, providing topical videos, news updates, life capsules and much more.