In a conversation with BestMediaInfo.com, the Managing Partner, Global Head of Social, [m]Platform at GroupM, talks about how the agency is dealing with ever-changing intricacies of digital media and social media platforms in the absence of a centralised digital measurement currency 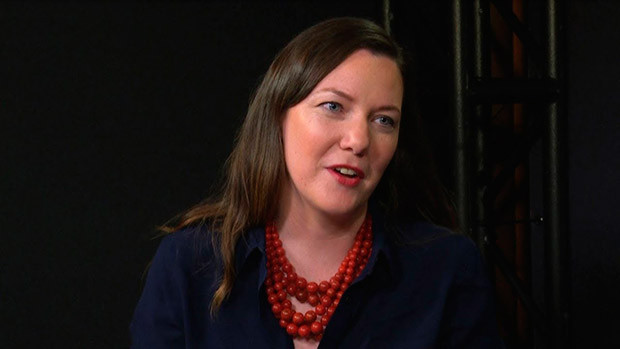 With platforms such as Facebook and YouTube having separate measurement metrics, it has become confusing for agencies to find out what’s exactly working for the brands.

In a conversation with BestMediaInfo.com, Kieley Taylor, Managing Partner, Global Head of Social, [m]Platform at GroupM, shares her experience of delivering ROI for brands on social media platforms and how the in-house analytics team of the agency is driving the results in the absence of any standardised measurement system.

“It’s certainly confusing and raises questions about duplication. Platforms will try to take a bit more credit than their due because there aren’t many platforms,” she said while answering a question on the need for a centralised measurement currency.

Talking about platforms such as Facebook flooding the user timeline with promoted videos, Taylor said, “If any platform takes decisions that alienate or frustrate the customer/user, we use that in our planning process and we use that data for our future campaigns. It doesn’t matter if a platform has scale. What matters is that it has a meaningful scale.”

Social media platforms change their algorithms very often. How do the changes impact the measurement metrics you have on brands?

Ultimately one of the guiding principles that we have is third-party measurement partners. So sometimes algorithms change in our favour and at times the changes don’t work in our favour.

By using third-party measurement, we have a better ability to look across all the different platform partners to understand who is delivering performance. So, instead we let the performance prove why the dollars are being invested.

We have seen Facebook pushing its own business model. Now, most of the content we see on our timeline is promoted. How does it change user experience and impact your campaigns?

Yes, so that’s another piece. In third-party measurement, we also use tools to see how much of the audience is going regularly to the different platforms. If any platform takes decisions that alienate or frustrate the customer/user, we use that in our planning process and we use that data for our future campaigns. It doesn’t matter that a platform has scale. What matters is that it has a meaningful scale.

There’s no single unified measurement metric for digital. Social media platforms have different metrics. How does it impact the medium?

It’s certainly confusing and raises questions on duplication. Platforms will try to take a bit more credit than their due because there aren’t many platforms and you watch TV as well for all the different ads that you may have seen.

One of the approaches that we take is to measure viewability. And there are two different definitions of viewability. One is very much the starting point to make sure there is no fraud. So there is a human that had an opportunity to see the ad; that is the lowest part of viewability. That definition has evolved, and especially when it comes to video, because we are using it to have a TV-like comparative. We have researched for decades about how much TV scale we have on behalf of the advertiser and what we can expect from the sales outcome.

Because the links in TV are standard, we use this measure of viewability 100% in view at least 50% duration of the ad, so we can have a comparative. We do use third party because the platforms are not delivering it to us.

But when will the industry come up with a solution that is acceptable worldwide? Being digital, it is the most measurable platform. There is one possible solution; it is the SDK used in one video that measures each and every content across the platform. But Facebook and YouTube have created a guarded wall around them and are not allowing third party to measure the live data.

I think I don’t have the solution. One of the things I see as a positive is what we had done in the digital industry between two worlds. So there was cookie-based measurement targeting attribution, which was also imperfect but more consistent, generally speaking. And then there was identity-based. It was brought to light that pixel-based cookie tracking was not a suitable way to continue forward. The pressures that 2.0 and 2.1 have introduced; that Safari under Apple is introducing more privacy by design. Same with Chrome; it is really putting the argument ahead with cookies versus identifiers.

Data is the new oil. The marketplace will identify that there needs to be a choice, and you as an individual would own all of the data points you chose to make available and you would partition that as you chose, rather than you having a password-protected portal into a number of different sites. So you would be able to customise that end-to-end experience across all the different places. So the data is owned by the person rather than any platform.

What do you think is the future of short duration video content and platforms such as TikTok? And how are brands utilising it?

Within GroupM, we have a body of research that says that in the higher fundametrics you can move awareness in as short as six seconds. You’re not able to effectively change the lower fundametrics, which is purchase intent.

Many brands, especially the big Fortune 500s that we look after, don’t necessarily have an awareness challenge. You have heard of Coca Cola and Pepsi. But they have a consideration challenge. I think there are so many different touchpoints that an average person would have throughout the day, a reminder of the refreshing taste of the soda as an example. It doesn’t need to be a story. We reframe that six seconds as an actual video. A 15-second video can be thrust on a number of platforms through TV or digital. But a video of six seconds has a totally different purpose — to remind someone of the brand essence.

So I call it more of rich media execution. When you have rich media on a plan for an advertiser, and the creatives, the minds have to shift a little bit. It’s like saying how can you be effective in a billboard?

Can we say social media is driving programmatic advertising?

Just that we can have a common definition for programmatic. So in terms of going to market without direct contact and inventory, absolutely. Sometimes there is a little bit of confusion around programmatic being addressable through platforms specifically. So unfortunately, it would be much easier if it would be definitions of programmatic. As it’s really still going to market in an automated fashion; we are seeing so much continued growth through social.

Programmatic is all about online. Can anyone is this world think about taking programmatic offline?

We are starting to see that. Digital OOH is a very interesting example of that. In my mind, people are accustomed to having glue on boards, a signal that you get, and you could change your creative. I used to work with a lot of entertainment brands, how much they want to have tomorrow and tonight. The promise of programmatically having addressable digital OOH and bringing that exposure to places that aren’t just digital screens like mobile and desktop; that feels like a place which is ripe for programmatic.

And years ago, Google had dabbled in programmatic CD delivery. I saw another announcement recently that they are taking another shot at it. I would suspect more people are becoming accustomed to watching true video content, not talking about ads on things like their mobile screen. You have Apple TV, and that’s creating the pipeline for us to have more programmatic-accustomed formats than we have had before.

How much data can platforms extract from the amount of engagement users have on them? Is it possible for a platform to understand messages or voice and then bombard users with related ads?

The content within the message on WhatsApp is encrypted. So Facebook would not have access to it. What I do know they have access to and can infer from is the analysis around. They can infer quite a bit based upon the machine learning models that they have, without reading the actual message.

Could they take programmatic to the level that I am speaking to you on the phone, and suddenly the sites start bombarding their ads to us? Is it just a coincidence or is it possible?

I think we are moving towards a place that voice is being understood. My understanding is that it is a coincidence. I would always encourage everyone to read all of the terms of service.

How strong are you in India?

I believe we are the largest, across the agencies. We have nearly 50% market share, I don’t have the recent numbers.

What is your assessment about the Indian market and growth of [m]Platform in India?

I think it’s favourable. Considering the Indian clients, they are really mindful about the data. But really informed in investment decisions.