Calling it a retrograde step, industry leaders say imposing any levy on a stressed and declining industry is a bad move. They told BestMediaInfo.com in unison that if the government wants to kill print and promote digital and broadcast, it is the best way to do it 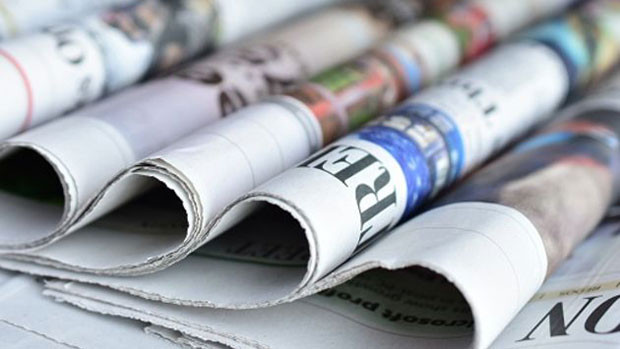 Already facing huge stress on its finances because of increased costs and depleting advertising revenue, the government’s announcement in the Union Budget to levy a 10% customs duty on newsprint could be a death knell for India's print newspaper industry.

The announcement comes at the time just when the global prices of newsprint — which had touched an all-time high in 2018 — were cooling off.

In her maiden budget, Finance Minister Nirmala Sitharaman announced a 10% customs duty on newsprint and 5% import duty on printed books. According to this provision, uncoated paper used for newspapers and lightweight coated paper for magazines will attract 10% customs duty with effect from July 6, 2019.

BestMediaInfo.com spoke to industry experts about their take on the decision and its impact on the industry. Most say it is a retrograde move that will put financial and editorial pressure, and profitability will go for a toss.

But some say it is a positive move that will offer a level-playing field to the domestic newsprint industry.

Earlier, there was no import duty on newsprint. Last year, newsprint prices went up by 40%-60% in the wake of China’s decision to stop production of newsprint as part of its efforts to curb excess pollution in the country. The hike in newsprint prices along with low ad spend resulted in a stressful situation as several print editions were shut down. Now the imposition of 10% customs levy could act as the last straw on the camel’s back.

“Imposing any levy on a stressed and declining industry is a bad move and print as it is hasn’t seen topline growth in the last two to three years of any substantive nature. Publishers have been investing heavily in increasing circulation but even that is not yielding returns. If the government wants to kill print and promote digital and broadcast, then it is the best way to do it. It is a retrograde step and I think given the fact that the government had always pushed media to adopt a particular line of coverage, this is one way of putting pressure on the industry to remain compliant and remain under duress in terms of benefit and other related issues,” an expert said.

In comparison to other media sectors, print media is said to be one of the most regulated industries. The regulatory framework is against print and it is not a happy scenario at all, the expert said.

Seeing the rapid closure of some popular print editions and magazines, it seems like inflation has finally caught up with the Indian print media industry.

A well-known print media publisher on the condition of anonymity said the print industry will survive but its heydays are definitely over.

“Last year, several editions were shut as advertisements went down and no revenue was coming in. Now we will see the number increasing and even if editions are not shut down, a lot of manpower will be drained and moved out. The cost has been reduced and almost 15% to 20% of employees have lost their jobs and that scenario will continue to be there, as I don't see the prospect improving. Print media had taken 10 years to follow the West but finally, we are at the point of inflation. The industry will survive but in a smaller, shorter, more cost-effective and limited way,” the publisher stated.

Publishers are said to be working towards getting a set-off on the 10% customs duty levy. If they get a set-off on the levy then the impact will be negligible whereas if the set-off doesn't take place, then there will be an impact on the revenue.

The Indian Newsprint Manufacturers Association had earlier posted their grievance on a social media site, saying “duty-free cheap imports are making domestic mills unsustainable”. After the announcement, the association thanked the government for addressing their concerns and creating a level playing field for domestic newsprint mills vis-à-vis imported ones.

“Removal of end-use based import duty exemption on newsprint is a welcome step to plug malpractice and arrest tax evasion in imports. A smart move to curb loss to the exchequer,” the association said on the social media site.

While publishers can shift to domestic newsprint to avoid the 10% basic customs duty, it will be difficult as most publishers have invested in updated technology to be in line with the quality of imported newsprint.

Publishers are concerned that a shift to domestic newsprint may also lead to the drop in the quality of newspapers and consumers might not want to shell out more for a newspaper with low-quality newsprint.