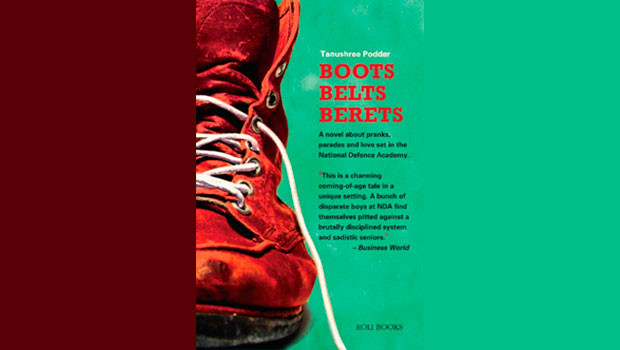 Viacom18 Studio’s digital content arm Tipping Point is all set to take its viewers on a yet another voyage of emotions and an-unforgettable story of challenges, friendship and camaraderie with the adaptation of Tanushree Podder and Roli Book’s bestselling novel, ‘Boots Belts Berets’ into a web series.

One of Tanushree’s successful novels, the series will skillfully re-construct the life mapped out by the author at NDA — where boys become men of honour. Put in National Defence Academy, the story jogs the journey of four friends Pessi, Bertie, Randy and Maachh, who are thrown from their sheltered life in the whirlwind of the stringent regimen and endless Puttie Parades. Gliding through the unpolished tough life, these comrades-in-arms accept life, beyond the rugged training and severe ragging thereby discovering a bond for life.

Opining on the premiere of the new web series, Ajit Andhare, COO, Viacom18 Studios, said, “Tipping Point seeks out narratives that are missing in the mainstream. We produced 12 short films that were received very well by viewers owing to their quirky and novel concepts.

With this brand-new web series ‘Boots Belts Berets’, we maintain our proposition to produce standout contemporary content that will shock, awe or warm the heart.”

“I am thrilled that Boots Belts Berets is being adapted into a web series. There’s nothing more exciting for an author than to know that the story will be reaching many more people. It’s a dream come true,” said author, Tanushree Podder.

Priya Kapoor, Director at Roli Books, said, “We are delighted that Tanushree's book is going to be adapted into a web series. Her immensely readable books have enjoyed a large readership and a web series would only expand her audience.”