The real MIB recruitment website only opened up when users accessed it via the incognito a.k.a private mode of their browsers. The chosen few who proved themselves will win an all-expense-paid MIB-themed international trip to London and Paris

Sony Pictures India has joined hands with Dentsu Webchutney, the digital agency from Dentsu Aegis Network, to create a secretive application portal on the internet that is accessible by all but only found by a few.

What if the world’s most secret organisation decided to recruit new agents to take care of other intergalactic threats coming at our planet?

The team of Sony Pictures India decided to go all incognito with their digital marketing initiative.

The activity was kicked off when a strange video of a senior MIB agent did the rounds on the internet, asking all MIB fans to find the hidden website and get a chance to finally don the iconic MIB suit. While the man speaks in a foreign tongue, his appeal was understood far and wide, leading to millions of fans to use every trick in the book to find this hidden website.

This video soon snowballed, hijacking chat threads, comment sections and every other conversation in the country. While the frustrated crowd searched high and low, a smart few remembered the true ethos of the organisation — saving the world from the shadows. Basically, being incognito. The real MIB recruitment website opened up only when users accessed it via the incognito a.k.a private mode of their browsers.

The chosen few who proved themselves to be the crème de la crème of fans, got a chance to bypass challenges on their way to win an all-expense-paid MIB themed international trip to London and Paris. 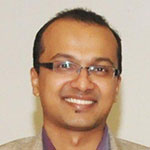 Shony Panjikaran, Director and Head of Marketing, Sony Pictures Entertainment India, said, "The Men In Black franchise is a global phenomenon that appeals to audiences across ages. And with this unique promotion, we wanted to give fans an opportunity to don the iconic MIB suit in London. With MIB, we have rolled out multiple innovations on the digital platform, and by looking at the massive response to the same, we feel quite confident about the success of the film at the Box-office.”

Pravin Sutar, Executive Creative Director, Dentsu Webchutney, said, “The MIB franchise is one of the most iconic franchises etched into our imagination. So, when we got the opportunity, we decided to give fans a feel of what an MIB agent goes through. At Dentsu Webchutney, we have been pioneering the field of digital innovations and with this campaign, we have hit that nail on the head, again.”