Small is profitable: Why Blink Digital doesn't want to be a part of any global ad network

Founded in 2009 by Dooj Ramchandani and Rikki Agarwal, Blink Digital is literally at the brink of success. The digital advertising has grown to over 50 people, spread across two offices. With zero funding and debt, it is organically growing at a CAGR of over 75%. BestMediaInfo.com unfolds its decade-long journey 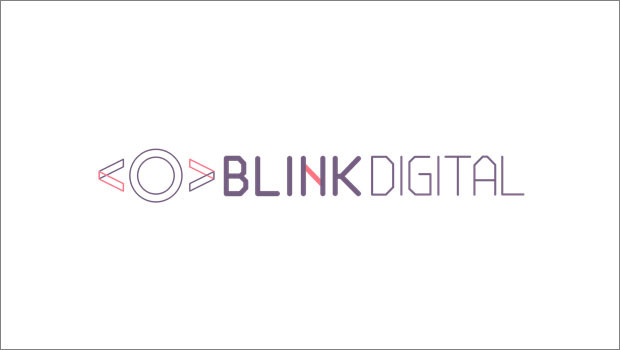 BestMediaInfo.com spoke to Co-Founders Ramchandani and Agarwal {the former is also the Chief Creative Officer and the latter is Chief Operating Officer (COO)} to learn how the decade has been for the agency and how difficult it is to be an independent agency when most clients mostly go for global network agencies.

Ramchandani and Agarwal went to college together, they were in the same class, same batch of engineering. “So, when we were graduating, towards the end, in the final year, I was also doing a side gig at Zenzi, a popular nightclub at that time. I was involved with the visual arts scene, and creative people around that time. I met a lot of people from the creative circuit, from advertising and entertainment, I met artists, musicians, etc,” shared Ramchandani.

“What we found was that there was a huge gap between creativity and technology. Being from the tech background, we understood the technical elements, and being in touch with creative and people from the creative and art community, we were exposed to the creative side of things as well. When we spoke to people who are more inclined towards creativity, we would discuss ideas and how we could bridge the two together,” he added.

Companies that used to come for engineering used to be like Infosys, Accenture and the IT tech sector seemed very boring to them. And at the same time, the creative industry was very interesting and fascinating but the creative people had no clue about technology. “So we thought of finding a way to bridge the gap between the two, where we could apply technology to the creative industry. And we thought of creating a lot of innovative stuff that would have its origin and applications in creativity. It’s basically using technology for creativity,” pointed out Agarwal. 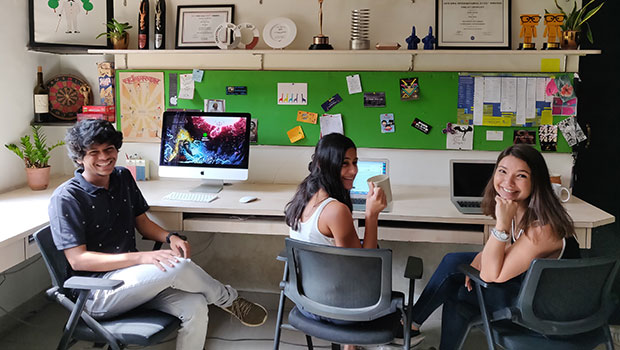 So, when they started off, they created a lot of innovative products such as augmented reality (AR), gesture recognition, video mapping, so on and so forth. Nobody was talking about all these things at that time, so that became Blink Digital’s USP. “A lot of clients were approaching us, because they wanted to utilise these solutions. That’s how we started doing more branded campaigns, and eventually got more into traditional advertising and started offering the services of a full service agency,” said Agarwal.

From one room to two full-fledged offices in Bandra

It started with a small room from Ramchandani’s mom’s house. They also took a small studio apartment in Bandra in 2010-2011. Gradually, they moved to a building and took up the empty spaces there in Bandra, West. Now Blink Digital has two offices in Bandra West — one is in the building where they have occupied three floors and the other is in a bungalow. “We have two separate offices; it’s because of the space constraints. In the past one year, we outgrew as well, since last year, we have more than doubled our team. The office we have currently has a very nice terrace with a great vibe. So we didn’t want to completely leave those premises and take up something else. So, we thought of having multiple offices. Our teams are divided in terms of the seating arrangements at the offices,” said Ramchandani.

Expansion plan of Blink Digital in its early stages

When Blink Digital initially started out and started offering its services, there wasn’t a word like digital around. Words such as social media and digital services became buzzwords much later. “At the time we started, we were thinking of how we can combine creativity and technology, and what can come out of it. We were just experimenting and seeing where this takes us; what are the different applications and how far we can go,” said Agarwal.

The journey has been such that the agency focuses more on quality work; they wanted to figure out scale at a much later stage. Ramchandani said, “It’s only since last year we have gone aggressive and doubled our employees and acquired many new clients. We are experimenting and trying out different things and see where it goes.” From the scale point of view, Blink Digital has expanded in the last one year. Till then, they expanded in terms of revenues like top-line and bottom-line. “We are completely bootstrapped and independent, so we wanted to focus on profitability and invest in the business. So, the first few years we were chasing profitability, rather than anything else,” specified Agarwal.

The agency’s growth has been very organic over the years, even in terms of client acquisitions. The clients have continued working with them, irrespective of the organisations that they joined later on.

Puma, Moet-Hennessy, ITC, and KFC India were some of the first clients Blink Digital began working with. They signed them up pretty early on; within two years of starting the agency.

The agency’s strongest and longest association has been with KFC, and they are their clients to date. “This is also ironic because both Agarwal and I are vegetarians and haven’t been able to taste the fried chicken,” chuckled Ramchandani. The agency has won several awards over the decade. But the ones they are most proud of are The Webbys, The One Show and the Clio Awards. Blink Digital is the only Indian digital agency, in fact, to have won not just one but three Webbys!

The agency started with two people – Ramchandani and Agarwal – and has grown to over 50 people, spread across two offices. With zero funding and zero debt, they are organically growing at a CAGR of over 75%. Just last year, its annual turnover crossed Rs 45 crore. “And this feels like only the beginning,” exclaimed Ramchandani.

“We have been approached for acquisition but at the moment that’s not something that we are interested in. That’s something we could discuss at a later stage, right now we are happy with our independent status. At the moment, we want to go ahead with the independent route and want to see how far it takes us,” clarified Agarwal.

The way forward for Blink Digital

There’s a lot in store from the agency. “We have some really cool campaigns coming up, we’ve signed up a bunch of new clients, there’s a blockchain-based game that we are developing, which I’m really excited about; it’s an in-house project and not for any particular brand,” said Agarwal.

“We’re also planning on opening a third new office (no, not in Mumbai. We have two here already), but we’ll tell you about it by the end of the year,” mentioned Ramchandani.

What has changed about Blink Digital since its inception?

So much has changed since the agency began. For instance, it started with only creative technology solutions but now offers 360-degree services ranging from strategic planning, digital advertising and communications, social media, programmatic media buying, web, app and game development and AR/VR solutions, among others. They are also Facebook’s preferred partners for digital advertising and social media, and YouTube’s partner for programmatic media buying.

Beliefs, culture and style of working

Ramchandani and Agarwal started Blink Digital with the idea of combining creativity and technology, adding media to the mix later.

Agarwal said, “We have always believed in doing work that is disruptive and innovative. Our background in technology gives us a unique, different perspective on how advertising on digital should work; something that we have been consistently doing over the years. Our culture is open, transparent with a lot of autonomy; we don’t like to micromanage and are open to the idea that there’s more than one way to do things and solve problems.”

Maintaining the essence of Blink Digital over these 10 years

Being independently run and being profitable has helped them maintain their core beliefs over the years. “The fact that we don’t need to chase shareholder returns helps us do the kind of work we want. That is the biggest freedom of them all,” Ramchandani emphasised.

There have been multiple aspects of learning for the agency, whether it is the actual work, learnings from exposure to different industries, financial knowledge, governance structures, etc. However, the biggest learning has been understanding human behaviour.

“Being an entrepreneur in the marketing and advertising industry means constantly wondering what drives people, be it your clients, employees or your brand’s target consumers. It’s fascinating to understand what motivates people to do the things they do,” said Agarwal.

Highs and lows at Blink Digital in these 10 years

There have been so many highs for the agency. To name a few, winning their first Webby in 2014 was definitely one of the highest points; they were young, naïve and just starting their careers. So, the win was even sweeter. “The trip to New York to collect the award is something that we will never forget,” reminisced Ramchandani.

The other big moment was related to their Watt-A-Box campaign for KFC India. While growing up and during the initial days of the internet, Mashable was the biggest website in the world. One of their dreams was to see their work featured there. Well, not only was the campaign featured there but also on Time, Fortune, Forbes, CNN, Entrepreneur, etc. internationally. It was spoken about by celebrity host Jimmy Kimmel on his popular talk show and trended organically on Facebook above the EU referendum for three whole days. That was huge!

As far as the lows are concerned, losing the ICICI Bank business a few years ago was definitely the lowest point for them. At the time, ICICI Bank made up for more than 70% of the agency’s revenue. Losing them was a big shock and setback for them.

“However, we worked really hard for the months to come; we not only recovered quickly from that loss, but also tripled our revenue within a year,” said Agarwal.

“Really, none that come to mind. In hindsight, everything happens for the best,” signs off Ramchandani.