Kumra worked in finance for some time but realised she was swimming in the wrong lane when she stumbled upon advertising. She found every project like a new job as it’s hardly ever the same any given day. While it might get overwhelming sometimes, it never gets dull for her 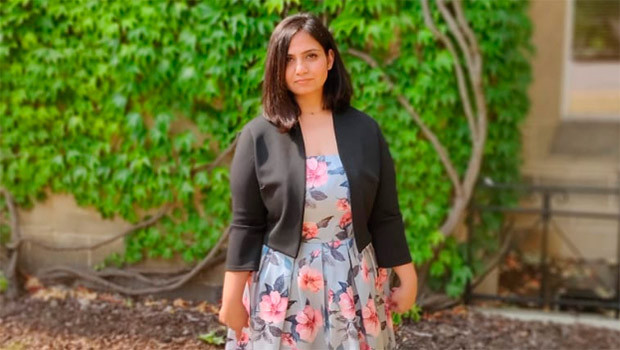 For some, advertising happens coincidentally; for others, it’s their first love. But for Neha Kumra, Group Head (Copy), Isobar, advertising is something which she stumbled upon.

Coming from Shahjahanpur, a small town in Uttar Pradesh, Kumra thanks her non-urban upbringing, due to which she can always bring in the flavour of non-metro India in her work, whenever required. “It helps me shape stories and characters that may take people down those dusty lanes and feel connected to the core of our country. I like to call myself ‘an urbane-desi’,” she said.

Completing her Bachelor’s degree in Business/Commerce from Khalsa College for Women in Ludhiana, she went on to complete her PGDM in DLP, Banking and Insurance from Welingkar Institute of Management. Kumra also has a PGD in Copywriting, Advertising from MICA.

Her career started off in September 2010 in finance, as a sub broker for Oswal Motilal Securities in Shahjahanpur, where she was essentially involved in cash markets at NSE and commodities at NCDEX and MCX.

In September 2015, she joined Cheil as senior copywriter. She was there for about two years when she came on to join Isobar as copy supervisor in November 2017. In April 2019, she was elevated to group head at the agency.

In her stints at Thought Blurb, Law & Kenneth and Cheil, some of the brands that she has worked on include Reliance Digital, Baskin Robbins, Hero (Corporate), McCain Foods, Dabur, Carlsberg, Samsung, Inshorts and Bira 91.

At Isobar, she has been working on brands such as National Geographic, Foxlife, Marks & Spencer and V-Guard.

Her work #LoveGetsBetterWithEveryTurn won gold for Digital Marketing Excellence in Telecom Hardware at Digixx Awards 2017. It was the launch campaign for Samsung India’s Instagram account.

Kumra first pursued her education and career in banking, insurance and finance. Then she switched to advertising. Why? “As I jokingly put it, I don’t like taking care of others’ money, so finance had to go out of the window. But on a serious note, it all happened when on a good day in 2011, I chanced upon an editor’s selection of advertising essays at a local library. They were written by the legends of advertising. It was like David Ogilvy and Bill Bernbach were pitching advertising to me – obviously I bought into it! And it has ever since been a journey of pitching, learning and/or winning,” she shared.

Which field interests her more, advertising or finance? And why? “It’s an easy guess that I stuck around with advertising because I like it way better (no offence to the finance guys!) The thing about advertising that initially attracted, and then kept me at it, is the power of bringing a change at a mass level. That certainly is true for a lot of other professions as well, but advertising puts you at the centre of it all, I feel,” Kumra specified.

“You get to collaborate on so many levels and with so many people that every project feels like a new job, if I may say that. It’s hardly ever the same any given day. While it might get overwhelming sometimes, it never gets dull,” she exclaimed.

What made her choose finance in the first place? “Coming from a business family, taking up commerce was more of a default action than a choice. I went with the flow till I realised I was swimming in the wrong lane. My folks have always been there to support me, while they try to make sense of my choices. So yeah, to sum it up, I didn’t choose finance, I took it up till I stumbled upon advertising,” she pointed out.

How did she land up in advertising? “A book made me want to take up advertising as a career. I looked up and applied to top three institutes in the country. Thereafter, with some concoction of hard work and luck, I got into MICA. After that, I took up my first job in Mumbai and it got me where I am,” said Kumra.

What has her experience in finance and advertising taught her? “To be honest, I wouldn’t say I have learnt a lot from finance, because I never really had my heart in it. But it did instil in me a better understanding of commercial/business aspects of advertising,” she said.

“While on the other hand, having spent much more time in advertising, with a higher level of dedication, I learned not only about the power of words and ideas, but have come to understand strategy, planning and the role of media in a whole new light. I love to be a part of this process and plan to extend my knowledge on all these subjects,” she added.

What did Kumra learn in finance that she put to good use in advertising? She mentioned, “From what I have learnt, advertising is ‘creativity that helps sell products and services’, which requires a sense of both human and business aspects. While the ‘creative’ bit might be inherent, the commercial sense isn’t the same. Finance helped me see the commercial viability of an idea, before I could pitch it to others. Of course, advertising comes with a learning curve that never ends, but that’s the whole fun of it.”

What does she do in her free time? Her hobbies and personal interests? “My hobbies reflect my origins and my profession in the most typical fashion. Like they say, Punjabis love food – I do too. Cooking for me is a form of meditation. Besides that, I love to read anything that I fancy or that comes highly recommended. And if all of that wasn’t clichéd enough, know that I love travelling too,” Kumra signed off.