The use of landing page by English channels may lead to spillover viewership as advertisers paying for niche English audiences will attract regional viewers too. Non-segregation of viewership data also makes it tough for advertisers to determine if their monies are delivering the right ROI or not 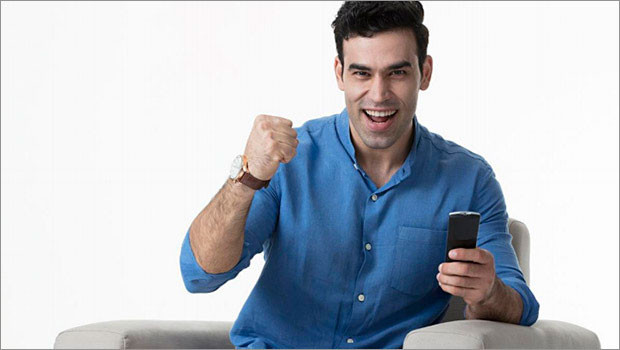 Advertisers generally pay a premium for English channels since they attract a select upscale, English-speaking audience. But a broadcaster who places an English channel on the landing page will attract viewers of other languages too. In such cases, there will be a huge viewership spillover as advertisers paying for the niche English audience will attract undesired regional audiences that don't figure in the brand's marketing objective.

An industry expert said it will now be difficult for advertisers to gauge the viewership of English channels on landing pages due to the spillover factor. “The advertisers are paying a premium for the English channels; they aren't paying a premium for reach but for the English audience. Now, instead offering an English audience if the broadcaster brings other viewers from regional languages and buy premium than it is a disservice," the expert said.

R. Venkatasubramanian, National Head of Investments, Havas Media India, also agreed that due to the spillover, they might not be able to gauge the right audience. “We are planning on brands that are interested in English news channels. But now there is a possibility these channels will attract regional news watchers as well. It will be very difficult to distinguish between English-watching and regional viewers,” he said.

BestMediaInfo.com had reported that advertisers were buying a 10-second spot on English news channels for Rs 75,000 to 1,25,000 on vote counting day, May 23. The rates came down to Rs 7,500 to 15,000 in the next week but advertisers got even more viewership due to BARC’s change in its outliers reporting policy due to TDSAT’s order on landing page. So, what should an advertiser make out of this?

A senior marketer who spends heavily on English news channels looking at a premium audience told BestMediaInfo.com on the condition of anonymity he would rather buy on the perception of premiumness. “Broadcasters opting for the landing page and adding audiences through programming in other languages are going to harm their premium positioning in the long run. We invest in the premium audience and not CPRP when it comes to English news genre. We understand that the channels are playing the game of perception of being number one but they are losing their premium status, which is actually going to harm them throughout the year if not on some occasions.”

Now with the landing page in the picture, advertisers will have to calculate and understand not just the market but also the segment they are catering too. BK Rao, Marketing Head, Parle Products, said that while taking a decision on placing a channel on the landing page, the advertiser should be very clear on the focus and target, as it will be a critical factor going forward. “For sure there will be a spillover and so one has to calculate and understand the market, segment and audience it is catering to. Unless they are clear about it, they cannot actually bet on having a presence on a particular channel on the landing page,” Rao added.

Asked if advertisers would feel cheated due to this unaccounted for audience, Sudipto Chatterjee, General Manager, MediaCom, said he won't term it as cheating. However, he agrees that there will be a significant amount of spillage from the non-English audience as viewership will not be typically based on intent and will be broadly accidental or be forced. “I would not evaluate any English news channel just on the basis of increased reach attributed to the landing position. I would really evaluate its basis on the time spent and past performance as well. Now once BARC starts reporting landing page activity, it will depend on the media planner to take the final call keeping the brand’s target audience in mind,” he said.

Mayank Bhatnagar, Senior Vice-President, Carat Media, commented, “If I am used to watching English content and I have a Marathi channel as default, then I will quickly move on to the channel of my choice. Because that landing page is not resonating with what I want to watch. Since I moved out quickly, it won't get counted in BARC measurement either. I am not coming under that one-minute slab and so I am not gaining any impression. People are saying it is a misattribution but I still think that the consumer has full control. It is not like consumers are forced to stay for one minute and only then they can move. But if that was the case, then I would say that yes it is definitely a no.”

Another industry expert said that because of this spillover, the content of such channels would be affected as the broadcasters could change their programming to attract the non-English viewers. “Landing is at the core of every problem because if channels are at landing, then 80% of the audience is coming from the odd market. To maximise that audience, the broadcaster will have to change their programming. The only solution is for BARC to isolate this audience. In that sense, everyone can do their work properly. It will go back to the earlier ways and it will become the best marketing device.”

Now one big question posed by majority of advertisers and experts is how will BARC exercise and measure the landing page viewership. They are of the view that only after the segregation of data, planners will have a clear idea of the viewership and will be able to take a final call keeping the brands’ target audience in mind.