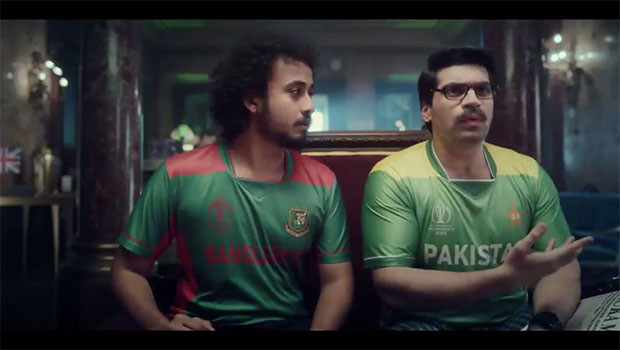 Hoping that Sunday’s India-Pakistan World Cup match would shatter all viewership records, advertisers are not shying away from buying ad inventories of Star Sports channels at a staggering price of Rs 25 lakh per 10 seconds.

The much-awaited match between the two arch rivals would be held at the picturesque Stretford stadium in England on Sunday. The ad rate Star Sports is charging from advertisers for this match is double the rate for 10-second spots during the series. On an average, the channel is selling other matches for Rs 10-Rs 15 lakh per 10 seconds.

Usually, for big-ticket events across categories, ad slots are sold for maximum Rs 15 lakh. The rates for the upcoming match—the first one to be played after the recent India-Pakistan tension—are unheard of and have never been charged by any Indian broadcaster in the past.

Not only will the game be a treat for viewers but also the most opportune event for advertisers as an Indian-Pakistan match is one of the few events when they tend to bet big on ad spots. According to an expert, Star India — the ICC World Cup 2019 official broadcaster — has received an extremely positive response for the series.

According to an industry expert, Star Sports has sold out its free commercial time for the India-Pak match and expects an almost 25%-30% jump in viewership. The fact that the match will be played on a Sunday in prime time will help the channel attract higher viewership.

Sudhir Kumar, Director, Offline Media, DCMN India, said, “The response is huge since it is an India-Pakistan match; the sentiments and the importance of this game is always high within the audience. The best part is that it is on a Sunday and in prime time, so the entire nation is going to watch. The viewership will be higher and as a result, the rates are too high. Around 100% premium if you buy an India-Pakistan match at the World Cup level.”

The broadcaster is also betting big on its digital platform Hotstar and is streaming the tournament across six languages. According to experts, the maximum reach will be through television and around 20%-25% of the total viewership will come from Hotstar.