The network also wants to scale its content library with 200 + hours of local content. It is expanding Nickelodeon’s reach to eight languages and plans to strengthen its overseas syndication deals in MENA, CIS, South East Asia and Central America 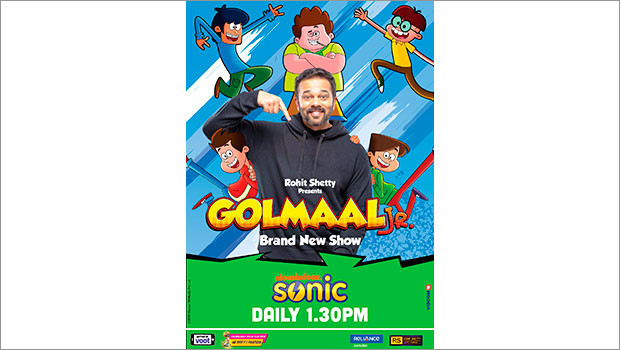 Attracting kids and catering to their choices of entertainment is one of the toughest propositions across entertainment platforms, be it films, television or digital. Viacom18 is one such network that has been catering to this shifting audience for several years. For around five years, the network has managed to secure top spot for its kids’ channel Nickelodeon and has been working on building Sonic as a strong second in the genre.

In 2018-19, Nick had 18% market share and a 14% increase in the top line. Despite the setback suffered due to the implementation of TRAI’s NTO, the channel has enjoyed around 9% to 10% of category growth and is said to reach around 44 million kids in the country.

Nick being a top channel has managed to survive the turbulent distribution ecosystem after TRAI’s NTO implementation but Sonic witnessed an impact in its top line. As a result, the network has now decided to focus on strengthening the position of Sonic with the new franchise. In order to attract viewers on Sonic, the network will launch a new IP, ‘Golmaal Jr.’, which will be an animated series based on the popular Golmaal franchise. Produced by Nickelodeon and created by Reliance Animation and Rohit Shetty Picturez, the new animated series will go on air from May 13 at 1.30pm.

Nina Elavia Jaipuria, Head, Hindi Mass Entertainment and the Kids TV Network at Viacom18, said that rather than overachieving with one platform, it is better to start building the second strong channel, which will not only help us to build from viewership perspective but from the ad revenue perspective as well.

“Sonic was ailing because there was a lot of new competition with the launch of Discovery Kids, Sony Yay. It was affected due to the changes in the distribution ecosystem, Nick survived because it is a number one channel and there is a lot of pull for that channel whereas Sonic is dealing with distribution perspective. This is why it makes complete sense for us to create and put a popular franchise for which I don't have to create enough awareness to make sure I get enough eyeball on that channel,” she further added.

With the launch of Golmaal Jr., the network will bolster the brand’s content portfolio with a total of eight IPs. Earlier, the network had launched some of the popular IPs such as Pakdam Pakdai, Motu Patlu, Shiva, Gattu Battu, Rudra Boom Chik Chik Boom on Nick. Golmaal Jr. will be aired exclusively on Sonic.

Golmaal Jr. launch will be supported by a 360-marketing and communication plan, which will include an aggressive TV plan within the Viacom18 network and outside the network. A high-decibel outdoor plan along with mall visibility will include photo opportunities with the iconic Golmaal bike and audio standees at multiplexes playing the catchy Golmaal title track.

“We have several innovations lined up on the digital fronts like the YouTube unskippable ad, which is a category first. These days several kids and mom blogs are becoming influencers on social media, and keeping them in mind, we have launched an influencer campaign. We have initiated an online challenge, #GolmaalJrChallenge, where kids would be asked to replicate the popular Golmaal dance step,” Jaipuria said.

Viacom18 has over 500 hours of content and in the coming year, it is aiming to scale its content library with 200 + hours of local content. The network is planning to expand the library with the launch of shows, telefilms and movies. Jaipuria said the format of these shows will differ according to its demand. “There will be various formats from 90 minutes to 10 minutes capsules. We are planning to launch seven new films. Nowadays we have witnessed that kids are not keen on watching repeats. Hence, all existing shows will witness the launch of new episodes. There will be a launch of some new shows as well,” she said.

Speaking about the consumption trends among kids, Anu Sikka, Head, Content, Kids Entertainment Cluster, Viacom18, said, “Today there is no defined prime-time for kids and that is the beauty of it but at the same time, they are based on seasons. There are certain seasons where viewership will either grow in the afternoon time, compared to evening prime time. Especially during the holiday season, kids tend to view more during the afternoon period because of several reasons like summer heat when they are not allowed to go out, so they consume content at home. Whereas, evening is the only time when they can go out and play so during that time they viewership is low so that trend changes. But, overall during school days, they are available throughout the day.”

Going forward in 2019, the network is also expanding Nickelodeon reach to eight languages from its existing four languages. It is also looking into strengthening its overseas syndication deals with MENA, CIS, South East Asia, Central America among others.