India’s OOH industry likely to defy earlier predictions, may grow at 15% this year

Fuelled by big-ticket events such as general elections, IPL, cricket world cup and a massive increase in the OTT industry’s outdoor advertising, India’s OOH sector is likely to post better growth than the overall adex rate. Experts say digitisation of OOH assets and use of A/V technology is also pushing growth. BestMediaInfo.com analyses the long-term growth prospects of the medium 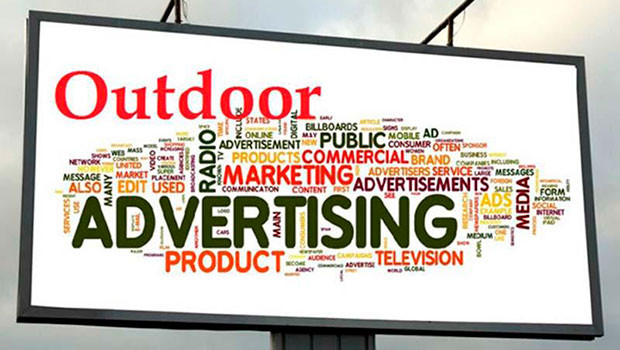 In what comes as a huge boost, the advertising spend on India’s out of home (OOH) industry may surpass the earlier estimates given by media agencies for 2019 and the segment is likely to grow at 15%.

Most media agencies, in their advertising outlook for 2019, had predicted OOH growth of around 10%. But fuelled by big-ticket events such as elections, IPL, cricket world cup and increased spends from OTT industry, the growth is likely to be in the range of 15%.

According to Group M, India’s outdoor advertising industry was likely to have revenue of Rs 3,500 crore, an increase of 10% over the years. But the industry leaders told BestMediaInfo.com that the growth would be around 15%. Big-ticket events, including Kumbh Mela, held earlier this year, have already given a push to the ad spends of brands and political parties.

Experts said an additional 3-4% growth is expected from elections. The industry had witnessed a 10% growth in 2018. Speaking on the push to the OOH industry from mega events, Rajesh Mendiratta, VP, Laqshya Advertising, said, “Mega events are always the best bet for OOH growth as they drive spends off-season.  It started on a high note right from the Kumbh advertising where, brands across sectors innovatively reached out to approximately over 12 crore footfalls this year. Though IPL advertising on OOH hasn’t been very great but selected brands associated with the league did their bit to stay visible in key markets. General elections will definitely add substantially to the OOH pie this year as most political parties have spent on multimedia campaigns, including OOH.”

Mohit Joshi, MD, Havas Media, said, “The OOH industry has been undergoing a lot of positive transformation. From a static medium, it has now moved to an audio visual medium. Why just these four events, even digital behemoths like Google Maps and LinkedIn have used OOH to create an impact. IPL and World Cup for sure are using and will be using OOH very extensively.”

Nabendu Bhattacharyya, Founder and Managing Director of Milestone Brandcom, said, “I predict a maximum 15% turnover jump as during clutter time, some advertisers stay away from their regular campaigns. Hence during 2-3 months of election time, other categories reduce their campaigns and hence I estimated this.” Mandeep Malhotra, Funding Partner and CEO, the Social Street, said, “An election year enjoys a 3-4% of jump in OOH industry business. 25% of the total annual profit is consumed in these 45 days of IPL and elections. Events like IPL and Kumbh are year after year affair. The additional element that adds business to the industry is election. This year, political campaigns have been fairly low compared to last time. The Election Commission has taken a late step in advertising themselves this year.”

Elections: Most revenue-generating event for OOH

According to Malhotra, “The general elections are the most fruitful event, as it comes once in five years. Any event which is not a part of a yearly predictability and plan is more benefiting.

“Elections, be it state or general, typically have a mass approach and so the canvas is large, making it the most active spender during the election period. But the restrictions and guidelines sometimes dampen the overall spending process. With IPL and Kumbh, it’s the brand and the relevance that matters so it’s difficult to say which of these is the most benefitting. But all three have definitely added to the OOH figures,” Mendiratta said.

Joshi differs, “I think IPL is more revenue-generating for the industry. Many brands associated with IPL are using OOH strategically.

Political versus other advertising

According to Mendiratta, “The exact split proportion is difficult to differentiate but political parties have spent heavily to reach out and woo its TG.”

“We are expecting political campaigns to pump in around Rs 200- 250 crore in out-of-home specifically. 10% of the industry turnover is seen coming through political advertising. In non-election years, the usual net growth is 7% and gross growth is 11%. Whereas in election year, gross growth reaches 15%,” Malhotra added.

Bhattacharyya said, “Political campaign in OOH this year is very sub-optimal. In my view, it’s not over 10% of the industry turnover.”

“Won’t comment on the number but overall the conventional political advertising (on TV, print) has been significantly lesser than what was expected. The elections as they say are being fought in the digital/ social world. Huge amounts of monies are being spent by political parties on programmatic and social advertising,” Joshi pointed out.

According to Malhotra, “The BJP has got a head start of being active a little earlier than any other political parties. The BJP would be spending at least 20-25% more than Congress because they started their campaigns earlier. There are three types of spends that happen in political campaigns — state level investment that goes in from the political party, other is when the candidate himself feels the need of the media support and then there is a central party spends. We treat any political party as our corporate account and we are working with central parties only.”

New trends in OOH space in season of IPL, Kumbh and general elections

According to Joshi, the visibility of team branding on OOH has significantly increased. “Take the case of Mumbai city itself, at least 10 back-to-back hoardings advertising the Mumbai Indians can be spotted at the exit of the Sea Link, which wasn’t earlier,” he said.

“A more systematic approach by marketers has been witnessed along with media innovations, specifically during Kumbh and IPL,” added Mendiratta.

The other segment that has been using outdoor advertising quite successfully are the blooming internet-based content streaming apps such as Netflix, Amazon Prime, Zee5 and Hotstar.

“OOH primarily faces the issues of availability of good media when required, especially for political campaigns as the guidelines of Election Commission or municipal corporations restrict agencies not to use the government allotted media like BQS, airports, unipole,” said Mendiratta.

For Bhattacharyya, research is the only challenge as of now; the rest has been addressed by IAA and IOAA association strongly, or in the process of addressing.

For Joshi, the lack of a strong monitoring system, the unorganised nature of the media, a lack of strong research to prove the efficacy of OOH, a lack of transparency and a huge fragmentation are the challenges facing the OOH industry.

Speaking on the expectations from the general elections, Mendiratta said, “General elections 2019 before elections was all about political parties spending huge on OOH and this we have already witnessed of late. A stable government will further add to continuous investment on OOH to market their programs. So we look forward to political parties and the government adding cheer to the existing growth.”