With the launch of two new commercials for the brand after a hiatus of almost a decade, BestMediaInfo.com talks to Sukhleen Aneja of Reckitt Benckiser to know why they choose to ignore Charlie this time and dabble into the brand’s advertising journey 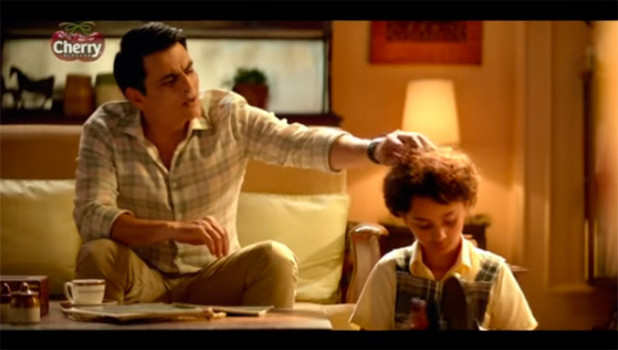 When you talk about the shoe polish brand, Cherry Blossom, the first thought that strikes you is the iconic comedian, Charlie Chaplin, or Alyque Padamsee’s version called Cherry Charlie. And vice-versa.

After a long pause of almost a decade, Cherry Blossom, India’s No. 1 shoe polish brand, has launched its digital ad campaign ‘Polish to Shine’ and that too without Cherry Charlie. But why?

Sukhleen Aneja, CMO and Marketing Director, Hygiene Home, South Asia, Reckitt Benckiser, told BestMediaInfo.com, “With the new campaign, we aim to reach out to a wider audience and highlight key values like responsibility, discipline and sincerity with the overarching theme of shining the spotlight on polishing shoes once again. A simple act of polishing the shoes is the first step to instilling discipline early that can help you shine.”

Aneja quickly clarified that Charlie Chaplin remains an important part of the brand’s iconography and they may choose to bring the Chaplin theme to the forefront again in the future.

Two films have been put in place by Tilt Brand Solutions for Cherry Blossom which show two different scenarios, emphasising the need for polishing shoes, a habit that has diminished in society today. The first film based on a school girl highlights responsibility and discipline; the second ad on a father-son duo showcases sincerity.

As already mentioned, the brand has launched its ad campaign ‘Polish to Shine’ after a gap of more than a decade. Aside from a brief intervention in 2013, the last campaign the brand showcased was in the year 2006 for the completion of 100 years of Cherry Blossom shoe polish. The ‘100 Shining Years’ campaign was based on the Charlie Chaplin theme, which has been an intrinsic part of the brand’s identity.

How are these commercials different from the ones that were launched earlier? Aneja pointed out, “Our previous campaigns have largely focused on why Cherry Blossom is the best choice when it comes to shining shoes. However, in today’s environment, the challenge we are facing is that the act of polishing shoes is losing its relevance. We all know habits are what we do when no one is watching you. Our attempt is to revive the simple habit of polishing your shoes by linking it with the value of discipline.”

Talking about the brand positioning and brand premise and whether it has changed or not, Aneja said the brand has always encouraged consumers to polish and shine their shoes daily, as evidenced by the brand’s tagline “Did you Cherry Blossom your shoes today?” This remains true even today.

“The big shift has been in the fact that while previously the act of polishing shoes by itself was the end goal, we have now moved one step further to highlight the importance of polishing shoes in the life of our consumer,” she added.

What was the brand requirement to have such commercials in place? “Over the last few years, we have witnessed a decline in the relevance of polishing shoes. As the market leader, the onus is on us to revive the habit. Our endeavour through this campaign is to increase the importance of polishing shoes in the consumer’s life, thus making the act relevant again,” explained Aneja.

But why the tagline Polish to Shine? Aneja mentioned, “The rising informality in the society today has neglected the act of polishing. Hence, with our new campaign ‘Polish to Shine’, we intend to restore and emphasise the need of polishing shoes. The campaign reaffirms the crisp, sophisticated way of dressing and aims at inculcating a sense of discipline. We feel that given these ads are quite relatable to the audience today, it will definitely help enhance brand recall in the audience’s mind.”

One wonders, how the brand has survived so many years without advertising? “Cherry Blossom is an iconic brand and continues to be the No. 1 shoe polish brand in India. We have a loyal set of customers who would reach out for our brand irrespective of the other options available in the market,” emphasised Aneja.

Discussing about the brand’s evolution, Aneja said they have made a significant change in modernising the brand. In 2016, they re-launched all their products with a renewed modernised packaging.

“We have been creating products that reflect the needs and aspirations of our consumers, which best reflects in our most recent launch with Cherry Blossom’s Handy shine. It’s a single swipe shoe shiner that makes the process of polishing convenient and delightful,” she said.

In the past, Euro RSCG (now part of Havas Worldwide) had also worked on the brand. Currently, Tilt Brand Solutions is not the brand’s agency-on-record, it has just prepared these two films for Cherry Blossom.

Tags: Charlie Charlie is missing from Cherry Blossom
Advertisment
More from this section