In a conversation with BestMediaInfo.com, Nikhil Sane, Business Head, Marathi Entertainment, Viacom18, said Marathi channels have picked up a lot on original content. In the last year, Colors Marathi’s top line has grown by 42% on the back of marquee properties such as Bigg Boss Marathi, Sur Nava Dhyas Nava and Balumamachya Navana Changbhala 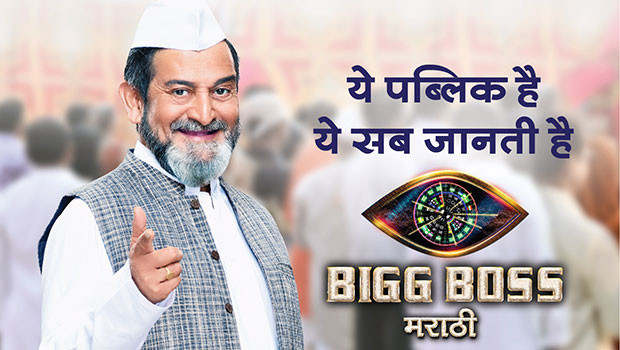 As the regional market grows, the Marathi genre has become an exciting proposition for content creators and advertisers. Over the last three years, consumption in Marathi has shown a significant increase, especially in the television segment.

If we look at the growth of a few popular regional genres over three years, Kannada has grown by 47%, Marathi by 92%, Bangla by 56% and Tamil by 32%. According to Nikhil Sane, Business Head, Marathi Entertainment, Viacom18, Maharashtra is a premium advertising market and the Marathi genre still has a great scope of growth.

While Maharashtra is one of the key markets for Hindi GECs, there has always been a huge overlap of the Hindi and Marathi viewership. But following the increase in Marathi original content, this overlap is shrinking. This has resulted in an increase in time spent on TV by Marathi viewers.

On the holistic growth of the Marathi genre, Sane said, “The growth of the Marathi genre is simply because of content. Earlier Maharashtra as a market witnessed a lot of Hindi overlap, and Hindi had a very dominant share but it also meant Marathi channels had to pick up their act, which had to be collectively done. South was already ahead, Bengali was on a par but Maharashtra was languishing. But in the past few years, holistic growth in the genre happened in TV, films, theatres, radio and digital. These are various mediums through which viewers have been able to experience the content they wish to watch in their own language.”

This massive growth in the Marathi genre attracted several players to the market. Last year, Sony Pictures Network expanded its reach in the market with Sony Marathi and this year Sun Network has decided to enter the space with an FTA channel, Sun Marathi. The Marathi GEC market is ruled predominantly by Zee Marathi, Zee Yuva, Colors Marathi, Sony Marathi and Star Pravah.

While Zee Marathi is the predominant leader, Colors Marathi witnessed a positive growth in terms of market share and ad rates. The channel has seen a growth of almost 49% in its GVMs vis-a-vis last year.

On the growth of Colors Marathi, Sane said the market share of the channel has grown 20% over last year. “Overall year-wise, our market share was 16% and right now, we are standing at 20%. The 49% GVM growth has obviously reflected in our top line, which has grown by 42% on the back of a lot of these properties. I think it is fantastic growth. The category growth has been 23% vis-a-vis we have grown by 42%, I think that is very important in terms of ad rates,” he said.

Colors Marathi is said to have witnessed the maximum growth on the back of its experimentative and innovative programming. The debut of Bigg Boss Marathi was one of the important factors behind the growth, followed by their other shows such as Sur Nava Dhyas Nava and Balumamachya Navana Changbhala, which worked well for the channel. Colors Marathi also experimented with the crime genre last year, which further boosted the channel's growth.

Ravish Kumar, Head, Regional Entertainment, Viacom18, said, “Colors Marathi saw a healthy 49% growth last fiscal and a marquee property like Bigg Boss among others contributed a large part of it. With an aim to multiply this growth and further amplify our content offerings with shows like Bigg Boss, we hope to cater to a diverse audience and make Colors Marathi a progressive yet rooted Marathi entertainment channel.”

Sane added, “It is been a very important year for us not only strategically but in terms of execution as well. We experimented a lot and I think when you experiment with things then that is a happy place to be. Our thrust on experiment and getting innovative content that is not being available helped us. We can continue to have similar shows of fictions, drama and soaps but I think we have tried to move away from those and we have tried to fill in the gap and engage viewers with innovative programming. I think now that got the directions and we will be able to build it from there.”

Going forward, Colors Marathi plans to revamp its entire FPC by July 2019. The channel is bringing back the second season of Bigg Boss Marathi hosted by Mahesh Manjrekar. The show will be launched on Sunday, May 26, at 7 pm; and will be aired every day at 9.30 pm. Immediately after, the channel plans to unveil a big budget mythological series, Laxmi Narayan. The series will tell the story of Goddess Laxmi and Lord Vishnu.

Sane said, “Laxmi Narayan is a big-ticket, graphic mythology show. Earlier, we have attempted mythology shows but they were more like normal storytelling but here we have added some glitz and extravaganza in terms of look and feel. We are also planning to have a couple of more launches in fiction. As a result, our entire FPC is going to get refreshed by July. On the non-fiction front, post-Bigg Boss, we are deciding what to be done but for now, we have this slate which is exciting.”

The second season of Bigg Boss Marathi will feature 15 personalities ranging from a politician and admired Lavani performer to a celebrity chef and various popular artists from urban and rural Maharashtra. The Bigg Boss House encompasses a space of 14,000 sq. feet and has been designed like Maharashtrian wada replete with a courtyard in the centre, a big activity area, and a jail. A glamorous set has been erected through which host Mahesh Manjrekar will interact with the contestants.

The channel has got on board Rin as the presenting sponsor for the show while Puraniks and Helo App have joined as special partners.

In order to promote the second season, the channel has sketched an extensive marketing and digital outreach plan, which will be a mix of ATL and BTL activities. The channel is planning to introduce some innovative BTL activities that will tap railway stations, bus stations and autorickshaw stands.

Sane added, “We are connecting with ST depot stands to connect with a bus that travels across Maharashtra. So, besides the normal print, TV activation that we do, radio is going to be the most important medium. We got a new rap song that will be aired on the radio stations. The rap song is sung and performed by the host of the show, Mahesh Manjrekar. This time around there is a very important mix.”

When it comes to Bigg Boss, the show has managed to attract viewers not only on television but also on digital. So much so that for Bigg Boss Hindi, the creators have started creating small capsules comprising behind-the-scene footage exclusively on the network’s digital platform Voot.

Asked about the response for Bigg Boss Marathi, Kumar said it has proved to be one of the buzziest brands in the Marathi entertainment space last year attracting not only television audiences but a massive number of digital-savvy viewers, garnering views and impressions that set new benchmarks in Marathi television entertainment.

Sane said Bigg Boss Marathi was the number one trending show on Voot with the likes of Naagin and Roadies. “Voot weekly average was some 46 lakh and 55 lakh was the peak. This reveals the popularity of the app, show and the platform and how people are also consuming it beyond certain conventional TV medium. I think this itself tells the success story of the show that people are ready to consume it wherever they are. Interestingly, we recorded substantial Marathi viewership from outside Maharashtra, we got responses from across India,” he added.