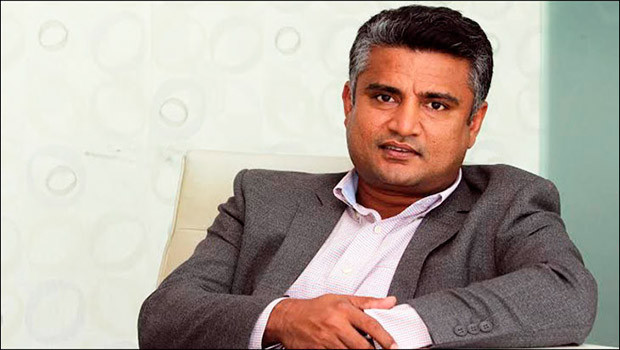 As Mindshare’s CEO, PK oversaw Mindshare’s rapid expansion in the market, bringing it to a market-leading position and winning numerous global awards. During his tenure, he developed a record for the most number of new business wins by a single market and created a tradition of external accolades, including a Glass Lion at Cannes, a Grand Prix at WARC and an average of over 250 external awards per year. Mindshare India was also recognized globally as number 2 in the Gunn report. Prior to Mindshare, he led the GroupM Central Trading Group across South Asia and championed exciting partnerships in digital and traditional media.

PK, an MBA graduate from Madras University in his two decades plus years’ experience have always driven innovative initiatives and shaped industry best practices. He loves to play Tennis and Badminton as well as enjoys music. He will continue to be based out of Mumbai.

Mark Patterson CEO GroupM Asia Pacific said, “PK has performed to the highest levels for fifteen years in GroupM and agency leadership roles. He is uniquely and perfectly positioned to take on the CEO role, working closely with myself and CVL Srinivas (our WPP Country Manager), our local leadership team, clients and media partners. We have ambitious plans to continue to leading growth in the market as we help our clients fulfil their ambitions. It’s an exciting time for India, and the region and the future is bright. PK has been very much a part of our success to date and will be in the years to come in his new role. I’d like to thank Sam for his hard work and leadership and wish him all the best in his new role. No doubt, we will work closely with him and his new team in the future,” Patterson added.

Srinivas commented, “PK has contributed immensely to the success of GroupM in India and South Asia through the various roles he has enjoyed since joining us back in 2004. His passion for the business, never say die attitude and a strong commitment to our clients and partners have earned him a great deal of respect across the board. I have enjoyed working with him and am excited to see him lead GroupM South Asia. I’d like to thank Sam for his leadership and wish him the very best.”. Singh said, “Heartiest congratulations to PK on his promotion. It has been an absolute privilege working with GroupM this last one year. The friends that I have made, are friends for life. First hand I’ve seen the excellence and passion that the GroupM people bring to work every day; and the bonds that they have with their clients and the passion for their brands. I wish GroupM all the success. To ensure a smooth transition, PK and I will be closely working together.”

PK said, “I am humbled at the opportunity to take on the CEO role for GroupM in one of the most dynamic and fastest-growing markets in the world. When it comes to advertising and media, India has made its mark on the global stage and success with our consumers is of vital importance to some of the world’s biggest advertisers.  It’s been thrilling to be with GroupM as we’ve led the way and there is much more to come.”