In-depth: What is driving FMCG brands to Hindi news channels? 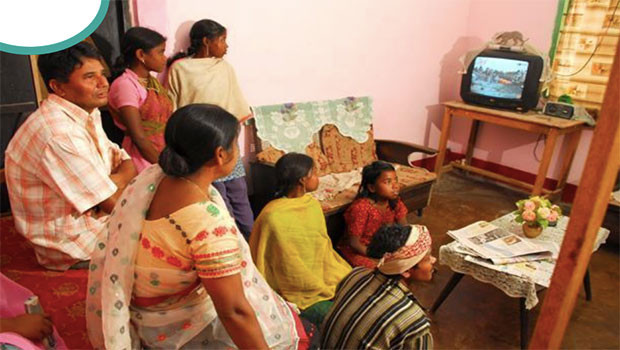 Television has always been the most important platform for brands in terms of promotions and marketing. However, this year, the media planning for television went for a toss after the implementation of Telecom Regulatory Authority of India’s (TRAI) new tariff order (NTO) in February 2019. The planners are mainly strategising on the lines of major events such as Indian Premier League, General Elections 2019 and World Cup 2019 or they are playing safe by betting on Free-To-Air (FTA) channels.

Following the TRAI's NTO ruling, popular networks like Viacom18, Zee Entertainment Enterprises Limited, Sony Pictures India and Star India decided to drop out of Freedish and convert their FTA channels to pay. As a result, FMCGs are now losing out on the reach enjoyed through FTA channels like Rishtey, Zee Anmol, Sony Pal, Sony Wah and Star Utsav. In order to make up for this drop in Gross Rating Points (GRPs), it seems like FMCG brands are flocking towards Hindi news channels.

BestMediaInfo.com spoke to several brands and industry experts to analyse the reason behind FMCGs’ skew towards the Hindi news genre. We asked industry experts whether a dearth in free Hindi GECs was behind this sudden desperation among FMCGs. An industry expert said currently there aren’t many players in the FTA Hindi GECs, which is why there was desperation among FMCGs. “There are around seven to eight FTA news channels, a few movie channels but the number of entertainment channels has fallen considerably. Which is why we are seeing a growth in demand for the Hindi news genre,” the expert added.

R. Venkatasubramanian, National Head of Investments, Havas Media India, said FMCGs are all about GRPs and currently they are getting GRPs from the Hindi news genre, which is in demand due to the General Elections. But two months down the line, FMCGs will have to come up with a new plan as a dearth in FTA Hindi GECs will pose a challenge. He added, “Right now two things are happening, IPL and General Elections. Both are doing well in the prime time, so obviously FMCG is going where the masses are. But, after the elections, they might have to change their strategy. There aren't enough FTA Hindi GECs as top networks have dropped out, so there is a void and FMCGs will have to get those numbers from somewhere. Fortunately, Hindi news channels are doing very well and there is an option but after two months they will have to wait and watch and think about their strategy.”

Agreeing with Subramanian, Sujata Dwibedy, Executive Vice-President and India Head of Buying and Trading, Amplifi, The Media Trading Division of Dentsu Aegis Network, said the relevance of regional news was always an option but it wasn't explored before. “Ever since Patanjali started cashing in on Hindi news channels, FMCG has gradually started exploring the space. But in the current scenario, most of the news channels are FTA so they are helping in garnering GRPs. Especially after the Pulwama attack and now elections, news channels have been in demand, so that is why FMCG are getting there GRPs,” she said.

Patanjali spokesperson SK Tijarawala further said brands have to go to a platform that communicates with the masses. “We are more into informing consumers about our brand. We don’t have campaigns like that of other brands and that is why we target news channels. We created a vital horizon for other players to play on that guard and now other brands are cashing on it,” he said.

RS Sodhi, Managing Director of Gujarat Co-operative Milk Marketing Federation (GCMMF), which runs the popular dairy brand Amul, said they have seen a shift towards regional and local channels in the rural markets. “The reason is mainly that with national channels, people have got alternatives with internet data. In rural as well as in urban India, people want to know more about regional. In order to reach the rural market, brands have to go through three channels — regional local channels, regional news and regional sports. Not only in campaigns but even in brands, regional food and products are prospering,” he said.

Asked if FMCGs are facing an impact in the reach due to the conversion of FTA Hindi GECs to pay and will regional channels be a good alternative, BK Rao, Marketing Head, Parle Products, said, “I wouldn’t say there is an impact on FMCG due to Zee Anmol, Sony Pal and Sony Wah dropping out of Freedish and converting into pay as I feel there is always an alternative. Even if certain FTA channels are off, there is an alternative like the regional channels. For instance, we have seen an upswing in markets like Bihar. In fact, the entire Bhojpuri genre has seen an upward growth. Entertainment channels like Dabangg TV, Dangal and B4U are stepping up and doing quite well. So, FMCG is not really impacted because every other time, some alternative is available.”

However, Venkatasubramanian has a different view. He feels that currently FMCGs are getting good GRPs but there will be an impact in June and July and one has to see what kind of hit it will be. “We have to wait and watch. Right now regional channels like Dangal are doing well but I doubt they will have the same reach as that of Sony Pal, Rishtey or Zee Anmol. These channels were part of large networks and had a lot of content available with them. These channels are not there right now and at the same time, FMCGs will have to generate GRPS. They can keep getting into GECs which is an expensive proposition. Anyway, they can't compensate whatever they are buying from these channels. So, what will be another option for them, apart from these Hindi news channels?” he added.

Another leading FMCG brand said that for one season, FTA channels will take advantage of the situation but eventually they will start evolving once the transition from free-to-pay subscription starts. “The conversion of free-to-pay subscription needs to take place, which is happening in urban right now but in rural, it will take some time. Till that happens there will be chaos. There needs to be awareness among people and the networks are working towards creating awareness for people to buy some of these channels. I think in rural, subscription-based channels will increase in penetration,” the expert said.