The Vice-Chairman and Global Chief Strategy Officer of R/GA, a leading global digital agency based in New York, speaks to BestMediaInfo.com about its India launch plan. Wacksman says that ads coming from India are not creatively disruptive 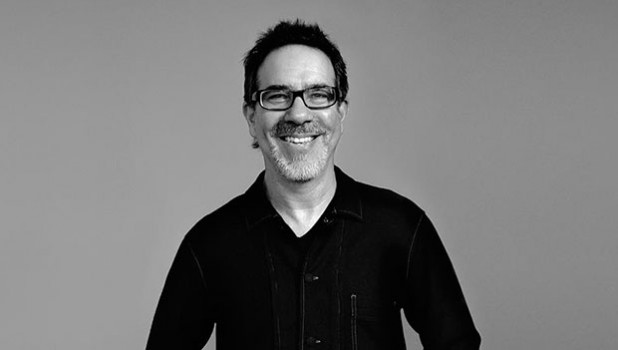 Barry Wacksman, Vice-Chairman and Global Chief Strategy Officer, R/GA, believes that launching the agency in India is imminent for its growth strategy. In an interview with BestMedaiInfo.com, he said that none of the agency’s international clients have asked them to set up an office in India but the agency is still looking at starting independent operations here and look for the local clients.

“If and when that happens, we would launch independently. We will have an R/GA veteran who has been working with the company for many years and would come to help open the office here. We will immediately hire a managing director from the local market,” he said.

“We can’t populate the agency with a bunch of outsiders who don’t know anything about the culture and the industry. But we do infuse it with our culture, so it’s always a combination of a veteran from R/GA with local talent,” Wacksman added.

He said that R/GA is a technology-focused company that has been managed to mix creativity very well in its genesis.

You had earlier said R/GA does not like stability and thrives on disruption. How has R/GA been disruptive in its work for clients?

It’s about transforming the way consumers experience brands or it’s about getting the word out about how an innovator doesn’t use sort of traditional formats of making a piece of content or a TV ad. We do that too, but more of our work is focused on being disruptive, transformative and creative.

You have also spoken about the role of technology in creativity. How has R/GA pioneered in this sphere?

Well, we started as a technology company primarily. Our early work was in design and development technology. So we started with web design – so that was our starting point.

I think what’s more interesting is how we actually brought elements of creativity because we already have the technology part of it.

You started off as a technology company. How did you infuse creativity into it?

We’ve always been obsessed with design. I would say that the roots of R/GA have always been at the intersection of design and technology. And so, in the early years of the company, the founders were pioneers in the visual industry. So they worked on about 400 feature films and there was a heritage of us designing special effects for movies.

At a time when technology was barely existent, we had to invent the technology and then applied it in films. And then later we became one of the pioneers in the digital revolution in production. And then we made the leap into the interactive business.

So the spirit of the company has always been to follow technology revolutions, infuse it with creativity, by bringing along design. We also had other types of creativity.

You were a philosophy student and you landed up in strategy. How have you steered this transition?

Philosophy is possibly the best training I could have had to do what I do, which is to help make the case for ideas and that’s really what our business is about – convincing clients that we’ve got the right ideas and getting the right ideas.

Even though it’s a clearly different field, all of the learning is applicable to this business in a very strange way as it turns out.

R/GA works in nine-year cycles. Can you explain why so? What was the reason behind such a thought?

The third disruption we wrote was the rise of the web, websites and e-commerce. The fourth disruption was in mobile phones and social media. The fifth one that we are writing is what I would call transformation of business, the creation of tons of technology-enabled products and services which include things like IoT (Internet of Things), AI (artificial Intelligence) and AR (Augmented Reality).

From our vantage point, most technology revolutions seem to last from eight to 10 years. And you have to get off before the revolution falls off the cliff and people walk away from it and decide that there are more important things that they got to be doing.

So that’s why we change every nine years so that we never become irrelevant.

What are R/GA's plans about entering India? When most international agencies have launched operations here in India, what is holding you back? How about launching in India for your long-term client Nike?

Yes, India is definitely a part of the roadmap. There are several countries that we’re not in, that we need to be in. We have a business model of organic growth. We don’t ever make acquisitions or mergers. So, it’s slower and it takes longer to do that.

But it enables you to be more integrated, and have a culture that you can preserve across over the things that you’re doing. So it’s slower, but you have to kind of find the right moment to go into a market. Of all the markets that we have entered, a client asked us to help them in that market so that gave us a reason to set up an office there.

We haven’t received any demands from clients to open up here in India. It just looks like we would have to come here and open up, and then look for clients.

Nike already has its partners here in India, and they have never specifically told us that they need help here in India. Most of Nike’s work is from the global headquarters.

We’ve won a lot of regional businesses over the years, but it’s more of us opening an office and finding the clients we want to work with like Nike and taking the case to hire us, rather than clients telling us to go open up in a market so that they could give us business.

Your book and even R/GA stresses on functional integration and creating connected ecosystems of value, or products and services. How does R/GA implement that for its clients?

Well, we were the first ones to see that this pattern was emerging where companies are creating connections between the things that they make and sell, in a way that we have never seen before. Mainly because it wasn’t possible, it wasn’t possible to create companies like that in the 20th century.

It’s really an integration of technology and more traditional products that can enable that. So, Apple is like the classic example of what we call a functionally integrated connected company where they started with PCs, and made some software tools like iTunes, there were iPods. And eventually they created mobile phones and app stores. You can see a connection between all these things.

We saw this as an emerging business model, and that our clients, particularly the ones that were not on digital, were going to need a find a way to align their businesses with that model, if they wanted to be successful in the future. Many of them were getting commoditised, and only by creating these connections, by solving larger consumer problems, were they going to remain competitive.

One of our clients that comes closest to implementing functional integration and connected ecosystems is Nike. It includes things like NikeiD, Nike Training Club, a lot of their connection between their services and the way people shop.

Among the many creatives that have been developed in India, which brands' creative strategy seems to be worthy enough?

There has been amazing work from India, it is considered to be one of the real creative hotbeds of the industry. When you go to the festivals like Cannes Lions, you see a lot of Indian work.

From my perspective, I feel that most of the creative coming out of India is more classical storytelling like video, TV ads and all that. I haven’t seen many examples of innovative disruptive forms of creativity coming from India. I’m sure that it’s there.

Yes, we will launch independently. We will have an R/GA veteran who has been working with the company for many years. He wants to come on an adventure somewhere in the world. He would come help open the office over here and will immediately hire a managing director from the local market. We can’t populate the agency with a bunch of outsiders who don’t know anything about the culture and the industry. But we do infuse it with our culture, so it’s always a combination of a veteran from R/GA with local talent.

With Bob Greenberg off the CEO role, how have things changed or taken a turn at R/GA?

He’s still our spiritual leader in many areas. So, he is still involved but there has been a core team of us that has been actively running the other parts of the company for a very long time.