In-depth: How blockchain is the answer to many problems in advertising 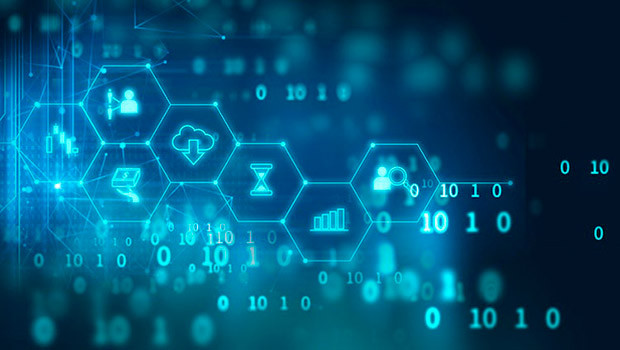 Blockchain technology, as we all know, permits digital information to be distributed, but not copied and was originally put in place for the digital currency, Bitcoin. But over a period of time, it has found other potential uses - also being utilised in the business of advertising and brands.

While synonymous with crypto-currency, new transactional use cases are emerging for blockchain such as buying and selling digital or advanced TV ad inventory, fraud prevention; whitelisting authorized sellers of inventory, campaign reconciliation, enabling the use of smart contracts to simplify the IO process, validating advertising assets, etc. The benefit of blockchain is that it has the ability to keep a fully verifiable and immutable ledger or database that is available to all members of the blockchain. “It provides a layer of trust and transparency that is not always available within media and advertising processes,” reveals Som Shekhar Singh, Director Technology, Publicis Sapient.

With the application of blockchain technology, the digital advertising supply chain can leverage benefits such as greater efficiency, reliable and high-quality data.

Scope of blockchain in advertising

Anil Nair, CEO, VMLY&R, emphasised, “Before exploring the scope of blockchain in advertising we need to appreciate its raison d’etre, which is basically distributed ledgers bringing transparency and efficiency at scale to an ecosystem where the concerned parties do not know each other.”

“One only needs to then shine a light at the problem areas in the advertising and marketing domain that could do with this emerging tech solution,” he added.

The scope of blockchain in advertising lies in data management, and targeting and engagement. Brands constantly look for agencies to recommend efficient strategies to manage their media investments in conjunction with precise audience targeting. It’s the fact of the industry, that more often than not, these investments go untracked, and the ROI is usually an estimation.

“The blockchain technology helps in monitoring these spends minutely; optimise it in real-time, and get the best bang for the buck,” brought out Shekhar Mhaskar, Executive Vice President, Isobar India.

The potential of blockchain is a game-changing one. It’s going to revolutionise a lot of industries and advertising will definitely be one of them. Blockchain's core is built on shared trust where there is no single body that's governing it all and this is very much needed in the advertising world where questions on trust, transparency, the realness of data, etc. has been questioned time and again. Sahil Shah - VP Operations & Media, West & South, WATConsult pointed out, “Come to think of it, if blockchain becomes as successful as it’s scoped out to be, then there will come a time when clients are directly able to reach their consumers without any middlemen, including Google & Facebook. Sounds close to impossible, but that's what blockchain can achieve.”

Data is the lifeblood of the digital advertising ecosystem. From measurement to targeting, players who acquire and put to good use data have a growing advantage over players who don’t. Not surprisingly, some are looking at the ways blockchain tech can address issues and challenges related to data.

Singh of Publicis Sapient gives the example of Comcast. Last year it announced that it is developing a blockchain insights platform “aimed at improving the efficiency of premium video advertising, resulting in better planning, targeting, execution and measurement across screens.”

Advertisers and the ad platforms they work with have for years invested heavily in finding methods and acquiring data aimed at enabling them to deliver the right message to the right user at the right time, resulting in action.

Here, Singh cites the instance of BitClave. It envisions a consumer activity token that consumers earn by adding their data to the blockchain. When they perform searches through BitClave’s decentralized search engine, businesses that want to reach them will have to compensate them.

Nair of VMLY&R stated, “Though it’s early days yet for any mass level implementation, a few of my clients have run incubators to at least address ‘the elephant in the room’ and explore potential applications.”

Isobar launched a novel blockchain powered campaign to enable transparency throughout campaign delivery and performance for CEAT Tyres, in association with AdsDax to track all payment transactions that are written to an immutable ledger for every valid ad impression. “This enabled them to be assured with confidence that the KPIs of their campaign are met and reported unambiguously. Thus, allowing for reconciliation of their data with an independent ledger verified by multiple unbiased parties,” mentioned Mhaskar.

A lot of clients of WatConsult have shown intent in using the concept of blockchain. But for it to work, publishers also have to get on board in order to build an ecosystem. Google & Facebook are tightlipped about their plans and thus its going to be a wait and watch game.

“Having said this, we did dabble with building a blockchain based ad server to do internal testings. But we haven't gone out to market yet, as it still needs to be a fully integrated product offering than just a flash in the pan activity,” said Shah of WatConsult.

Nair believes that blockchain can be effectively used in areas like syndication and trade of user-generated content, streamlining ad networks and exchanges, addressing the fallout of exponential consumer data and its management post the predicted 5G boom and IOT amongst others.

Isobar has used it for Ceat Tyres for a higher throughput against investment. “We are exploring other ways to use this technology beyond media, as we speak,” said Mhaskar.

Blockchain can be used in multiple ways. Right from media planning to spending monies and also reporting. “Once there is enough and more transparency into the data sourced, the planning will become more apt, monies will be invested with maximum ROI and clean reporting will drive better decision making for the future,” told Shah.

Potential use cases of blockchain in advertising

There are several occasions where brands need to conduct online research via proprietary tools to define targeting in terms of demographics and psychographics. Brands can be given to use privately created and owned coins to conduct this research without the intervention of an agency to establish transparency, and to encourage frequent use of such tools for better planning. Every time a brand uses such tools they earn coins which they can reuse to conduct future research, leading to a sustainable model.

“At the other end, blockchain can also help in protecting creative IP to fight plagiarism, and give due credit and loyalty to the creator,” said Mhaskar.

Blockchain could be used in buying and selling digital or advanced TV ad inventory. Perhaps the most intriguing application of blockchain tech to digital advertising is to use the blockchain to enable publishers and advertisers to buy and sell ads with fewer intermediaries, or even directly. With blockchain technology, buyers and sellers outline their terms in a smart contract. Optional service providers on the network, such as the measurement provider, ratings provider, payment provider and arbitrator, can subject the smart contract to additional layers of verification and enforcement. The payment provider is responsible for releasing payments to publishers as contract terms are met.

“Additional incentives for payment providers include offering accelerated payment to publishers for a fee, which would, in turn, incentivize publishers to deliver,” explained Singh.

It could also be used for fraud prevention. Ad fraud is a multi-billion-dollar problem that is understandably one of the top concerns among advertisers. Unfortunately, stamping it out is difficult because the digital ad ecosystem has become more complex and opaque, especially in recent years as the use of programmatic increased rapidly. “With blockchain, the fraud can be detected and prevented,” Singh appended.

Some other potential uses of it also include whitelisting authorized sellers of inventory, campaign reconciliation, enabling the use of smart contracts to simplify the IO process, validating advertising assets, etc.

What can blockchain solve for advertising and brands - which otherwise would seem to be a tough job to do?

“Blockchain is a technology. How we can creatively imagine use cases is left to us. I believe the greatest application of it will be in the field of big data, data privacy, and personalisation. The other potential application area will be that of peer to peer payments, microfinance and fragmented pop-up marketplaces. And in the space of democratising content and it’s monetisation,” pointed out Nair.

How does blockchain help in preventing ad fraud?

Blockchain not only avoids fraud in the ad industry but also in any other industry, viz. production, creative, processes, hospitality, so on and so forth. “Every event or transaction in the chain gets written to an immutable ledger which is verified by every member of the chain who creates a transaction. That’s how fraud is prevented,” discussed Mhaskar.

Blockchain essentially removes the middleman, handing control of where the ad is placed back to the organization. This enables them to blacklist against fraud on an iterative basis, thereby restoring trust and transparency at a time when it is most needed. “So far, there have been custom solutions that are being developed to reduce ad fraud,” said Singh.