The platform has created an in-match quiz for fans, whose winner will hand over a trophy and cheque to the ‘Dream11 GameChanger of the Match’ 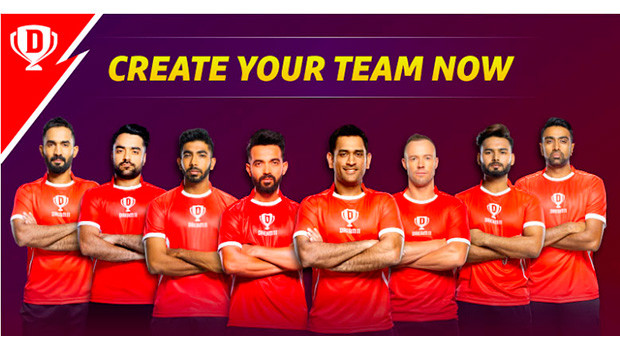 Sports gaming platform Dream11 has signed up seven cricket stars and partnered with seven IPL franchise teams as part of its multi-channel marketing campaign during the cricket league.

For in-stadium fan engagement in every IPL match, Dream11 has created an in-match quiz for fans called the ‘Dream11 Game Changing Quiz’. The winner, along with a friend, gets to enjoy the IPL hospitality experience as an upgrade. In addition to this, the winner will hand over a trophy and cheque in the post-match presentation ceremony to the player who has been selected as the ‘Dream11 GameChanger of the Match’.

The seven IPL teams are Mumbai Indians, Chennai Super Kings, Kolkata Knight Riders, Sunrisers Hyderabad, Delhi Capitals, Rajasthan Royals and Kings XI Punjab. In addition to MS Dhoni, who is Dream11’s brand ambassador, the seven new cricketers who have been signed are Jasprit Bumrah, Rishabh Pant, Dinesh Karthik, AB de Villiers, Rashid Khan, Ajinkya Rahane and R Ashwin. Apart from the brand campaign films with the advertising idea of ‘Ye Game Hai Mahaan’, Dream11 has also created engaging TV and digital content featuring the seven cricketers, which will amplify the user’s interest for the next day’s fantasy cricket action. The team logos and player images will make strong and impactful appearances in the Dream11 product and be featured in product-based advertising on TV and digital platforms.

Vikrant Mudaliar, Chief Marketing Officer of Dream11, said, “This IPL season, we have come out with a holistic approach to our marketing campaign that comprises brand advertising films along with product-led content on several platforms. The newly signed cricket stars along with our deals with the IPL franchise teams means that we are bringing alive the IPL experience in a unique way for Dream11 fans.”

Dream11 recently became the ‘Official Partner’ of Vivo IPL for the next four years starting with IPL 2019. It is also managing the ‘Official Fantasy Game’ of IPL. Dream11 is the associate sponsor on Star Sports and the Co-presenting Sponsor on Hotstar for IPL and World Cup.