Zeel launches #WhereIsMyChannel, a campaign for its English cluster

Featuring filmmaker Anurag Kashyap and percussionist Sivamani, the campaign encourages viewers to inform cable operators about their choice of channels. The ad is conceptualised by Zee English cluster along with creative partner tiqui-taka 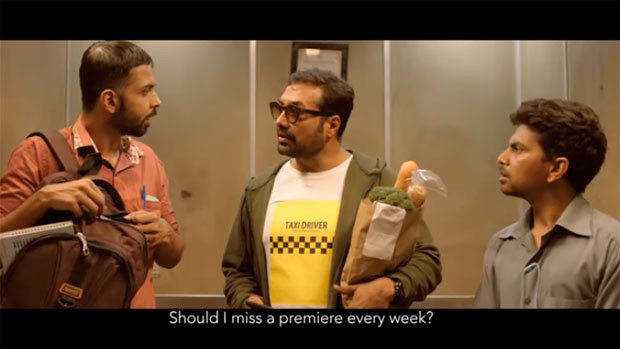 Zeel has launched #WhereIsMyChannel, a campaign for its English cluster, encouraging viewers to choose their preferred channels and inform their cable operators. While the consumers are involved in their content choices, they often tend to postpone communicating with their cable operators.

The campaign comes at a time when Zee Café is going to launch a plethora of new shows like the music reality show American Idol, the endurance-based reality show ‘Titan Games’ hosted by Dwayne Johnson and the final season of The Big Bang Theory. &flix too has an exciting line-up of new blockbuster Hollywood films to be premiered in the coming few months.

With the #WhereIsMyChannel campaign, Zee English Cluster attempts to throw light on the need to inform the cable operators of your content choices.

The first TVC shows Anurag in his residential society where he inadvertently bumps into his cable operator. Anurag is seen rather disheartened as he has been missing some of the biggest Hollywood hits on his favourite movie channel &flix. Puzzled, the cable operator is caught completely unaware of Anurag’s content taste, since he sees Anurag as a Hindi filmmaker. The film breaks into the broadcaster driving home the message ‘Your Cable Operator May Not Really Know You’, so inform him of your pack choice.

The film with Sivamani revolves around a similar encounter with his cable operator as he is unable to view the latest episodes of American Idol on Zee Café. The same way, the cable operator is unaware of Sivamani’s interest in music.

Prathyusha Agarwal, Chief Marketing Officer, Zeel, said, “The discerning urban English consumer is highly involved in their content choices. However, selecting their channel packs is new behaviour that they are currently not used to. Through this communication, our objective was to nudge them towards becoming more active in informing the cable operator of their channel pack choice. We also wanted to bring alive our insight that the ‘Cable Operator May Not Really Know You’ and hence inform him of your pack choice.”

The campaign was conceptualised and executed by Zee English cluster, along with their creative partner for this campaign tiqui-taka.

Sharing his views on conceptualising the campaign, Jigar Fernandes, Founder, tiqui-taka, said, “We changed the lens and saw the cable guys’ point or view. How will he ever know what channels you like? We stayed with this for a while before we finally cracked it by bringing in the expert celeb angle – if a cable guy can misjudge a well-known celebrity, it could happen to anyone. We took a shuddh desi Hindi script for a premium English channel. And Zee was cool enough to embrace it! The one with Sivamani followed later.”