Viacom18 has made a bold move by rebranding its successful channel Rishtey as Colors Rishtey. The FTA channel, which was among top GECs in rural, is now paid and repositioned as an urban entertainment channel with a mix of original and Colors library content. Will it be able to maintain its viewership and how would the Colors brand help its prospects? BestMediaInfo.com finds out 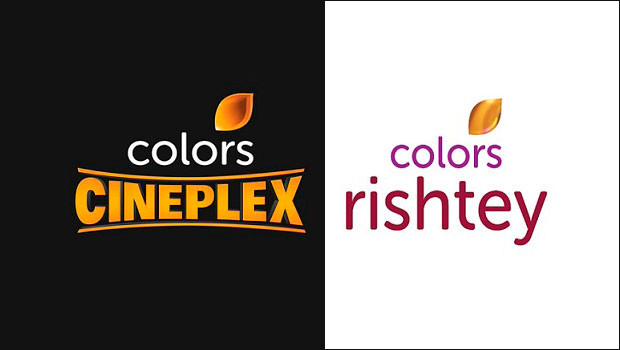 For any broadcaster, it takes years to build a successful brand and have a consistent viewership. Viacom18 was able to do a fine job with Rishtey, its second-rung GEC, whose branding was later extended to launch a Hindi movie channel.

The channel, which was launched outside the premium Colors umbrella, was able to be in the top five GECs, as per BARC’s rating for the rural market. The Hindi movie channel Rishtey Cineplex, launched in 2016, was also having a decent run.

Rishtey, as a standalone brand, enjoyed a good viewership, especially in the rural market on the back of the reach provided through DD Freedish.

But with the new tariff order of the telecom regulatory authority of India (TRAI) coming into play, the broadcaster decided to change its FTA offering and made both Rishtey and Rishtey Cineplex paid to boost its packages, under which it's providing most of its channels from all categories for Rs 31 a month.

This was not it. Viacom18 also decided to withdraw these channels from DD Freedish. It may be noted that other competing channels such as Zee Anmol, Star Utsav and Sony Pal have also been withdrawn from DD Freedish.

Why did Rishtey get a Colors branding

The channel, in more than seven years of its run, was able to capture a significant share of viewership, mostly from small towns and during the daytime segment. As an FTA, it managed to take the Colors premium library content to the rural market, which was received really well.

So much so that Viacom18 decided to capitalise on the Rishtey brand name by launching a Hindi movie channel under the same brand.

But with the channels going paid and risking its reach by withdrawing from DD Freedish, it became necessary for the broadcaster to revamp the channel content and give it a new look and feel. Therefore, Viacom18 decided to turn Rishtey into an urban-focused GEC that would run both the original content and the Colors library content.

And to make it easy for the brand, the broadcaster added the Colors name to the channel. The Colors name provides the revamped channel an instant connection with viewers. Also, the premiumness that Colors brings will also help the GEC to command a better ad rate as compared to other second-rung GECs such as &TV and Star Bharat.

R. Venkatasubramanian, National Head of Investments, Havas Media India, said, “When you put a well-known brand as Colors on Rishtey and Cineplex, then it adds more value to the channel. A normal audience might not know that Rishtey belongs to Colors group. So, I think putting Colors brand is a good move on their part.”

Cineplex, the movie channel, has also been boosted by acquiring several fresh and big titles.

Will the risk pay off?

Viacom18 went ahead with the move as it was confident about the high-quality content offering. The network hoped that though there would be some viewer attrition, there were higher chances of getting new viewers, and the ones who were now paying for the channel, on board.

Anand Chakravarthy, Managing Director, India, Essence, said a consumer connects with the shows and recognises a channel through its shows. “Content is the king. If consumer likes a show then he will follow that show even if the name of the channel is changed,” he said.

Adding further, Chakravarthy said that there could be some initial confusion but there are chances of things settling down soon. Also, with BARC publishing very limited viewership data because of the new regime, the channel has enough time to test waters before the ratings pressure starts building.

“How profitable the move will be is a bit difficult to answer but from consumer’s perspective I can confidently say as long as the channel is offering good and engaging content which consumers want, the consumers will watch,” Chakravarthy added.

According to the experts, the advertisers’ interest and the profitability of these channels depend on the quality of content and if channels succeed in engaging the audience in the long run. Venkatasubramanian commented, “Colors as a channel has a good standing in the market as the audience identifies by it. Now that they have boosted their branding of Rishtey, they will have to air fresh content; if the channel provides good content, then the channel can do better than what they are doing, now.”

Currently, Colors Rishtey’s programming is dominated by the library content of shows aired on Colors but post the conversion to pay, they have started airing original programming. It has started airing original series like Navrangi Re! and Hum Saaf Saaf Hai. The network has strengthened Colors Cineplex with the acquisition of new titles such as Brahmastra, Student of the Year 2, RAW, Drive, The Body, Thackeray, Fraud Saiyaan and many more.

Chakravarthy said that even the library content can be a great strength for the channel as good-quality content has a long shelf life as seen in the case of several English series. At home, CID reruns have been beneficial for Sony.

“Even though the channel is airing a library content, it has a good chance as consumers do love to watch old content as good-quality content has a great shelf life,” he said.

He added, “Two things comes with the airing of old content, the channels get a new audience as they watch those shows for the first time and the older audience are watching it again because they liked that show. We have been seeing re-run of some many shows —- Friends, How I Met Your Mother and Seinfeld, among others, for years. The truth is that if the content is good then it has longer shelf life and audience always watch it. Especially with Amitabh Bachchan or Raj Kapoor movies, it doesn't matter how many times it is aired before, the consumer will watch it multiple times.”

While experts think Viacom18's decision to rebrand Rishtey comes across as a smart move, there's a little chance that other broadcasters will also follow suit for their second-rung GECs.

Some even think that this rebranding may not yield positive results immediately and it will take three to four months for any clarity to emerge.

Sujata Dwibedy, Executive Vice President, Amplifi India, stated that in the current scenario, she doesn’t think any other players would do so.

“The TV ecosystem will take some time to settle down as some of the consumers are already not seeing several channels due to the blackouts by MSOs and LCOS. Any new launch of channel or rebranding will not be a profitable move as it is a behavioural change — so if somebody is watching Colors they will still buy Colors, along with Sony, Star or Zee. But for a layman, if you say Colors Rishtey, it will take time for them to register that it is not a new channel. As there is so much of volatility in the market, it will take some time for them to pick up. It will take at least three or four months to pick up. Only when the market stabilises we can say if it can do well or not,” she said.