Conceptualised by Enormous Brands, the TVC speaks to tech-savvy millennials looking for better deals. The new logo represents the idea of making smart choices -- circling great finds on OLX (the O), and crossing (the x) out the duds elsewhere 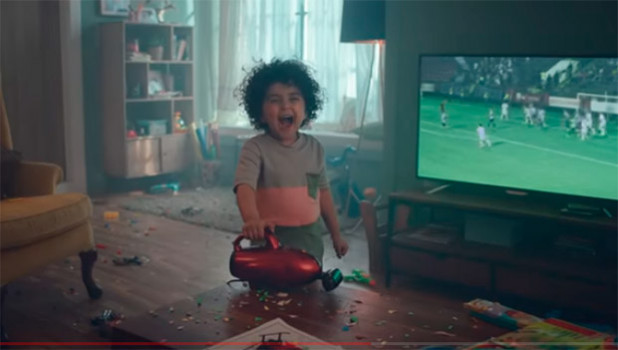 OLX, the buying and selling mobile app, has unveiled its new identity, the first rebranding exercise after its launch in India 11 years ago, as part of a global rollout. The rebranding is followed by a new brand tagline, ‘Set Hai’, in line with its new brand proposition to empower people to make smart choices.

With six ads being released across TV, digital, print and outdoor, the marketing campaign reinforces the power to upgrade.

The campaign features OLX’s new philosophy: every stage is momentary – just a milestone in the journey called life and at each stage, people need to make choices. The high-decibel campaign plays on the words ‘Set Hai’, denoting the sense of satisfaction and confidence when one makes a smart choice. The theme was zeroed in after extensive consumer workshops and six-month brand research conducted across 45 countries in which OLX operates globally. The campaign went live on digital and TV in seven key languages and will go live across print, outdoor in the coming days.

The refreshed brand identity incorporates a new logo to better represent the idea of making smart choices -- circling great finds on OLX (the O), and crossing (the x) out the duds elsewhere. It features a visual identity and tone of voice that is more optimistic, ambitious, lively and provocative.

Sushil Kumar, General Manager, OLX India, said, “We have defined a proposition, a visual language, personality and tone of voice that will appeal to the modern millennials globally. Smart Choice and ‘Set Hai’ is a proposition that enables users to benefit while also benefiting the community.”

Kumar added, “‘Set Hai’ symbolises the feeling we get when we know that we have taken a smart decision in the face of any situation. This expression perfectly signifies OLX’s belief that it can, and does, help users face life and the demands it makes of them at different stages, with confidence. Whether you’re preparing to welcome a new partner, prepping office as the business expands or rearranging your whole house to welcome a baby – it’s all as simple as the tagline itself. We strive to make things easy so that the world can make the smart choice -- in terms of time, money and resources.”

Conceptualised by creative agency Enormous Brands, the TVC is sprinkled with pop culture and colloquial references, the reason why the phrase ‘Set Hai’ comes up repeatedly in the ad. It speaks directly to the young, tech-savvy, dynamic millennials who are always on the lookout for a better deal. The TVC will release in seven languages – Tamil, Telugu, Malayalam, Bengali, Marathi, Kannada and Hinglish.

Ashish Khazanchi, Managing Partner, Enormous Brands, said, "The TVC seeks to reinforce OLX as the ultimate destination for users as they inspire to make smart choices in the fast-paced life. We arrived upon the term ‘Set Hai’ after establishing how much it resonates with the modern-day consumer that seeks to find real-time solutions that are uncomplicated and trustworthy.”

The ‘Set Hai’ campaign comprising six films has young urban individuals as its lead protagonists and highlights the journey of these individuals through different stages in their lives. All six films will be live on digital platforms and three of the films will go live as TVCs.

The second campaign shows how a wife replaces her husband’s old foosball table with a baby stroller at the click of a button on the OLX app as they are expecting a baby. With the push of a button, the couple were able to immediately make a smart decision by getting an item for an upcoming major life event.

The third campaign shows how a dad instantly transforms his child’s toy cars into a small vacuum cleaner in order to clean up the mess he has made before his wife comes home. Using the new OLX app, the father took a smart decision by swapping out the toy cars with a compact and easy to use vacuum cleaner for the small child.

The fourth campaign depicts a young girl all set for her first solo trip on an older cruiser bike. Her dad instantly makes a smart choice and upgrades her to a better cruiser bike without much hassle much to the elated surprise of the young girl.

The fifth campaign depicts a young woman reading a book at night by a table lamp much to the chagrin of her husband. He whips out his smartphone and transforms her book into a Kindle e-book reader to reduce the strain on her eyes. The ad ends with a soft smile exchanged between the couple as they are delighted with the smart choice they have just made.

The sixth campaign depicts two newly moved in flatmates trying to get rid of their older air sofa. With the push of a button, the air sofa transforms into a full-fledged music system instantly delighting them. The flatmates break out in celebration in response to the smart choice they have just made.

The TVC ends with punchline ‘Set Hai’ as the characters in the ad are gratified and delighted with the smart choices they made on OLX.