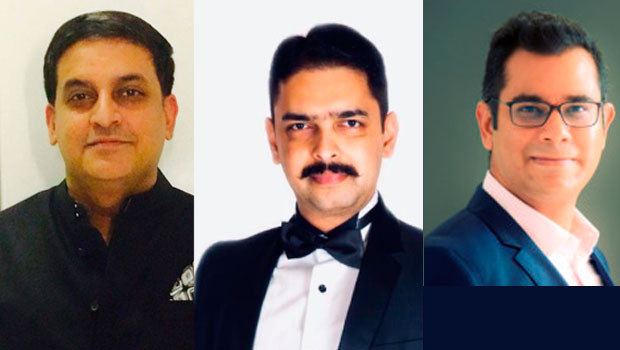 After rebranding and re-organising its news brands during the past three years, Network18 has announced a change in its organisation structure.

The media organisation has recast the group along three major clusters:

Three key appointments have been made to bolster each cluster and drive them to the next level of operational excellence. Basant Dhawan has joined as CEO of the English/Business cluster.

An engineer and an alumnus of IIM Calcutta, Dhawan joins Network18 from Star India where he spent the last four years in a variety of roles. His last role was National Agency Business Head for Entertainment Sales in Star India. Basant will be based in Mumbai.

The CEO of the Hindi cluster will be Mayank Jain, who will lead the fast-growing News18 India and the cluster of other news channels across various Hindi speaking states.

Jain, who will be based in New Delhi, has joined Network18 from Star India's entertainment division. He is an INSEAD alumnus, and has experience in a raft of sectors ranging from telecom and FMCG to financial services across geographies.

Karan Abhishek Singh has joined as CEO for Languages cluster. Singh is also from Star India where he managed Integrated Sales for Television and Digital. His last role involved heading pan-India agency relationships. He will be based in Bengaluru. He is an alumnus of NMIMS, Mumbai, and has worked in organisations as varied as PepsiCo, Nokia, Godrej Sara Lee, HLL and GE.

All the three CEOs will report to Avinash Kaul, Chief Operating Officer of Network18.