This year, the streaming giant will bring people together, giving viewers the opportunity to invite friends, family to Hotstar, watch the matches, and participate in the Watch ‘N Play game. The campaign is conceptualised by DDB Mudra Group 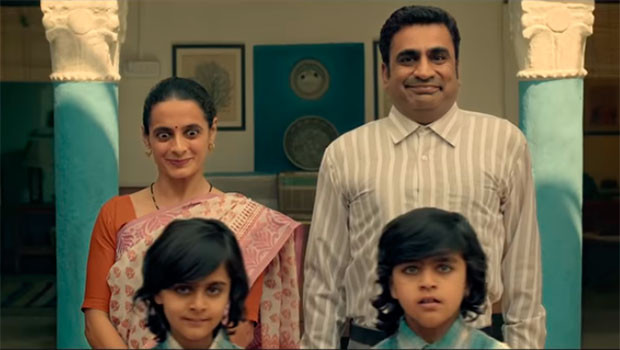 Hotstar, the video-streaming platform, has launched a new TVC for its IPL 2019 campaign, #KoiYaarNahiFar, conceptualised and created by the DDB Mudra Group.

The ad film has been rolled out in three languages, Hindi, Tamil and Telugu, and is also available across Hotstar’s digital platforms. Since its release, the film has garnered over 134,276 views on YouTube alone.

This year, with ‘Koi Yaar Nahi Far’, the streaming giant will bring people together irrespective of their location, giving viewers the opportunity to invite their friends and family to Hotstar, watch the matches, and participate in the Watch ‘N Play game together. Fans will be able to compete and see where they stand against their friends and family through the new social leaderboard.

They will also be able to make their voices heard by chatting about the match or their Watch ‘N Play experience, not only with their friends and family, but also with experts and celebrities. In an interesting product integration, winners of the Watch ‘N Play games will be able to redeem their points, courtesy an exclusive partnership with Amazon Pay. Furthermore, with the intent to take this experience deeper and wider into India, Hotstar will stream the matches across eight languages, targeting an unprecedented reach of 300 mn viewers.

A Hotstar spokesperson said, “The joy of watching cricket is multiplied manifold in the company of friends and family, something that’s becoming increasingly difficult to do today. We wanted to introduce something special to protect that ethos, and added the interactive, social layer to enhance the cricket watching experience. The TVC showcases this essence beautifully. We hope it will help our viewers connect to the idea and make them explore all the interesting features we’ve added to Hotstar this year for IPL 2019.”

Shagun Seda, Executive Creative Director, DDB Mudra, said, “The general belief is that screens divide and disconnect us from our loved ones. That’s not true if you’re watching IPL. It is best enjoyed with family and friends. But there are many things that could keep you away from watching the game along with your loved ones – work, responsibilities, travel, and in this film’s case, magnetic repulsion. It’s always a challenge to create work that stands out in the noise of IPL advertising. True to the brand’s tone of voice, this year’s Hotstar IPL campaign needed to be quirky, irreverent and entertaining. We wanted to create something that’s clutter-breaking. So we decided to start by breaking the laws of physics.”

The film features a stereotypical Indian family whose twins are accidentally jinxed to ‘magnetically repulse’ each other. The family makes several failed attempts to bring the twins together. The IPL 2019 season adds to their woes when the twins lament the fact that cricket is more fun when watched together, something they sadly can’t. Until Hotstar comes to their rescue with its first-ever social cricket-watching experience, allowing the twins to watch the live matches together on a single platform.

To reinstate the idea of #KoiYaarNahiFar, the Hotstar and the DDB Mudra Group are scheduled to release another film soon.