Guest Times: How India’s publishers can turn the tide of today’s landscape

Anand Makhija, Director, Business Development, Outbrain, writes how media consumption patterns have expanded, with India’s users leapfrogging straight into consuming content on mobile. He suggests a few ways what publishers can do to turn the tide 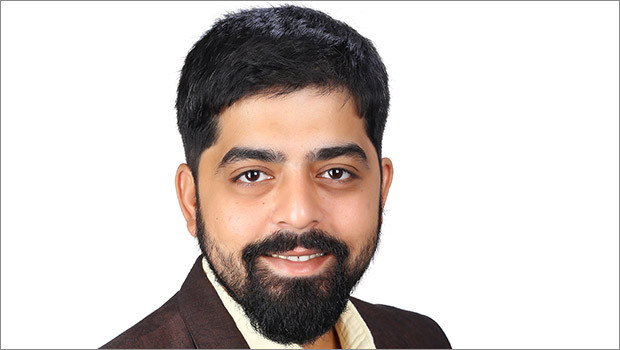 There was once a time when India’s publishing landscape consisted only of broadsheets, tabloids and print magazines. Over time, online versions began to emerge in parallel. Fast forward a few years and now it’s 2019, and with that the Indian publishing landscape has rapidly evolved into what it is today, reaching a point of near-saturation.

Shifting media consumption patterns in India and beyond

Media consumption patterns have expanded with India’s users leapfrogging straight into consuming content on mobile and bypassing the desktop. In fact, India’s smartphone users are expected to  double by 2022,  rising  to 829 million, and a large number of users would be in tier II and tier III cities. Now that India has emerged as a country that provides mobile data at the lowest rates in the world, the usage will increase 5X within two years. The entry of low-cost smartphones will help India race ahead of western nations.

Unsurprisingly, the total mobile user base has multiplied and mobile traffic continues to climb year on year. In particular, a lot of it is towards apps, with an average Indian consumer spending close to three hours on apps daily, and with a hold of 78 apps on his or her phone. Out of these 78, one can be certain that there would be at least a few news aggregator apps in the mix such as Inshorts and Dailyhunt. At the same time, it’s not just Indian users who are turning to these apps, which continue to gain traction among international audiences too. What this means, however, is that the international traffic that Indian publishers used to enjoy – either through their website, or through their own apps – is now falling year-on-year.

The revenue problem for publishers

Indian publishers’ traffic has changed drastically in recent years – it’s either decreasing due to the growing prominence of aggregator apps, or experiencing a shift, as users switch to mobile platforms. The problem arises when revenue does not keep pace with these shifts.

It’s not all doom and gloom, however. Here are three things publishers can do to turn the tide:

With supply of advertising space inventory at an all-time high, publishers need to rethink how to optimise this to their advantage, as we’ve come to a point where working with just one platform is not enough. The reality is that it is rarely the case that one single platform is able to provide a 100% fill rate – supply is increasing in India but demand is moving at a slightly slower pace, and most ad networks just do not have enough ads to fill your site. However, it’s still possible to strive for a good fill rate percentage, which would tell publishers that they are monetising their inventory well, and that they are working with the right demand partners.

To get a better fill rate, publishers should consider working with multiple platforms on a programmatic mediation model. This means that rather than working with just one or two partners, publishers can consider integrating with multiple SSPs. This would in turn grant them access to more demand on advertising networks and exchanges via multiple DSPs and native partners, all of whom compete with one another on various parameters like bid price. By creating healthy competition among platforms, quality is pushed to the fore, all the while enabling publishers to automate and optimise the selling of their online media space without being controlled by any one platform.

Certainly, who would have thought that mediation would be the answer to a problem caused by too much fidelity?

In recent years, video has seen an unprecedented surge, especially in India. A study revealed that online video consumption had increased in 2018 by an astounding five times, and that long-form video accounted for an overwhelming majority of 96% of content. At the same time, Indian audiences are consuming almost 200 minutes of video per user each day.

Indeed, video is scaling up in a big way in 2019, and this can be expected to lead to higher RPM (Revenue Per Mille) for publishers. How? Advertisers are aware of the power of video to drive brand awareness, engagement, and even conversion, and are, therefore, more than ready to pay higher prices for premium publishers to showcase their videos. Of course, in order to attract higher quality demand, publishers need to be willing to adapt their layout to house different video ad formats, from skippable and non-skippable in-stream to discovery ads, bumper ads and outstream videos. Certainly, programmatic video demand can be real game changer for publishers this year.

3. Invest in the right platforms to drive performance

In the decade since programmatic first burst on the scene, platforms have worked tirelessly to improve algorithms, offering increasingly sophisticated targeting options that drive campaign performance. As a result, many platforms have now gone beyond the basic demographic and geo-targeting, offering IP-based, hyper-local, as well as behavioural and browser targeting. Alongside this, players like Outbrain have delved into interest targeting, using interest insights and predictive technology to surface content to the people who are most likely to take action, and therefore driving higher conversion rates, lower costs and ROI.

While this of course benefits advertisers, it boasts advantages for publishers as well. After all, improved targeting allows publishers to deliver better performance and ROI for their advertisers’ campaigns, as well as to sell more inventory – and often at higher CPM – all of which ultimately bring in more revenue for publishers. This takes on an added importance in today’s performance-driven world, where, in the quest for lead-generation, clients want to reach the right audience at the right time. Therefore, publishers who invest in performance stand to gain tremendously, especially when working with clients who have monthly budgets that they are more than ready to scale – provided publishers can help them achieve their goals.

Clearly, while India’s publishing landscape is rife with change, there is a lot that publishers can do to navigate it with more certainty, from working with more of the right partners to expanding their horizons by exploring new formats.