Guest Times: How Congress is losing the plot ahead of 2019 polls

Nagessh Pannaswami, a spectator of the political theatre and Director of Curry Nation Brand Conversations Pvt. Ltd., writes how the grand old party has missed the bus by not cashing in on the multiple opportunities that have come on a platter. The BJP, in contrast, is going the whole hog and communicating its laundry list of achievements 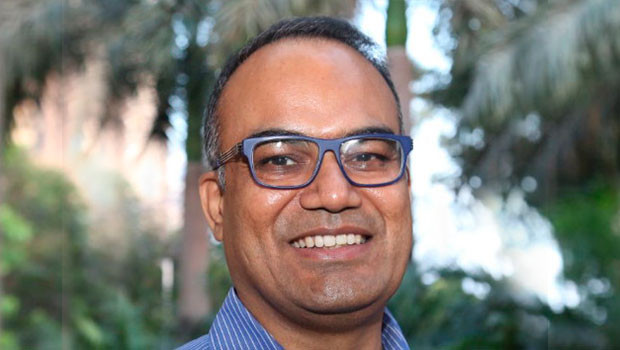 The Congress has managed to fritter away advantages and an edge that they had over the ruling party. A large part of it is their own doing and a small part is due to an event that caught everyone by surprise.

Firstly, as a challenger, they had to grab the chances being offered to them on a platter and make a poll issue out of it.

Very rarely does an opposition get a bundle of issues to set its narrative on, so close to the election time. It was a godsend for the largest opposition party to drive its point and stir up the nation and various constituencies that was possibly on the fence and could have tilted in its favour. But they frittered away the advantages that had presented itself.

The Rafale deal took up many parliamentary man hours and gave many spokespersons a hoarse voice but beyond the main metros it has failed to catch the imagination of the common man. Clearly this is not going to sway the votes in the opposition’s favour unless there is some solid proof or adept manoeuvring of facts by the opposition. Again, the Pulwama episode is bound to silence the naysayers in the face of increasing nationalistic fervour.

The cookie cutter and where the ruling party could have been pinned to the ground. Two crore jobs promised every year but not even a fraction of it fulfilled. The most potent arsenal in the opposition's armoury and one on which there is swathes of disappointment needed constant hammering.

Minimum government. Maximum governance. This promise was turned on its head by the ruling party. Again an opportunity to drive a wedge with the urban vote bank to showcase the intervening ways of the government and its machinations was squandered.

While this was a poll plank issue in the heartland state wins, the inability of the opposition to make it a national issue leaves a big gaping hole in the communication strategy. The minimum income guarantee was like a flash in the pan. Possibly done to pull off a surprise prior to the budgets. But the silence post the announcement has left a big question mark on the announcement and its eventual intent.

Language of aspiration of India

Today people in India are not swayed by caste equation or divisions across caste lines. They are more worried about their own welfare, the upgrade of their lives and that of their immediate kin. They dream of the good things in life and are finding ways and means to make it possible for themselves.  How can a political party position itself like a brand and tap into this emotion and need of the people? What promises can it make to commit to achieving this aspiration? Demonetisation and the turmoil that followed due to the bungled roll out of GST put paid to the hopes of millions of people.

Young impressionable minds have been largely exposed to the BJP reign. Again there was an opportunity to create a conversation with them that revolved around their hopes, aspirations and their idea of India. The disillusionment of the youth is palpable. Somebody had to fan this disappointment in the right direction with the right messaging. Branded content on youth platforms would have played a critical role.

A dominant, top-of-mind issue and something that had the potency to get the youth interested and ignited had the Congress taken a definitive stance on this and made it a dominant narrative. But its neutrality is bound to do more harm than good in the eyes of the youth.

The fact is that the pride of Indians was at an all-time low. All things Indian, and all the things Indians had pride in and all the reasons why India was held in high esteem till the very recent past has been questioned and put to test. Was there an opportunity for the Congress to delve on this and create a nationalistic pride? A brand that could have reignited the nationalist pride and promised the glory of the past in the near future with actionable objectives?

Or was there an opportunity to create a groundswell by getting people to come together and create a movement against all that was wrong? A comrade in arms with the people fighting for what's rightfully theirs?

Inability to start their campaign early and gain an upper hand in setting the narrative has undone the Congress. If rumours are to be believed, they are still far away from finalising an agency to manage their election campaign.

The last nail in the coffin is that the Pulwama attack has the inherent ability to take away the dominant narrative from all the opposition parties. The bastion of nationalism seems to be now owned by the BJP and other parties are mute spectators on the fringes. The opposition should have gone all out against the ruling party given that the attack has happened under its rule. But that hasn’t happened. It will dominate the airwaves and newsprint and the ability of the opposition to cut through the din that it will create will be negligible. The dominant national party should have started its narrative and set the agenda. Unfortunately that hasn’t happened. Not only has the ruling party started what was an obvious 'achievements' campaign, the surround sound on other issues is also in the favour of the ruling party.

India's response to the Pulwama attack has the capacity to decimate opposition narrative and neutralise them. Their silence across media platforms will be deafening.

Brand Congress has an uphill task. It needs a narrative that will scythe through and leave an indelible mark. Unfortunately it doesn’t seem to have too many options for an effective narrative as of now.

Tags: Nagessh Pannaswami Guest Times How Congress is losing the plot ahead of 2019 polls
Advertisment
More from this section