Conceptualised by Taproot Dentsu, the campaign is a cheeky take on Tim Paine’s remark to Pant. The films play up the babysitting theme to pitch one team against the other. The India vs Australia ODI and T20 line-up will start from February 24 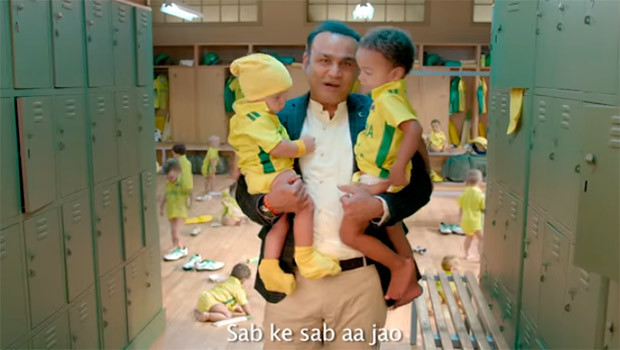 Sports broadcaster Star Sports has rolled out a TVC to set the tone for ‘Summer of Cricket’ ahead, for the upcoming Paytm India v Australia ODI and T20 series. The highly-anticipated five-match ODI and two T20 international matches starting February 24 will bring together two of crickets’ fiercest rivals pitted against each other. The film has been conceptualised by Taproot Dentsu.

The on-ground banter in the recently concluded series between the two nations was lively and research conducted by Star Sports showed that it was spontaneously associated with the series. Riding on this banter, Taproot Dentsu has created two entertaining, topical films for the series with Virender Sehwag being the lead character talking about the campaign #BabySitting — Iss baar Kohli and team Australians ki babysitting karne ke liye hain taiyyar. A cheeky take on Tim Paine’s remark to Pant, these films play up the babysitting theme to pitch one team against the other.

Gautam Thakar, CEO, Star Sports, said, “The campaign amplifies the fun banter that all fans look forward to every India vs Australia series. This series kicks off a ‘summer of cricket’ on Star Sports including the Vivo IPL and the ICC World Cup. We are even more excited this year as we will now telecast this on our dedicated sports channels in Tamil, Telugu and Kannada for our regional viewers apart from our existing English and Hindi feeds.” Speaking about the campaign, Santosh Padhi, CCO, Taproot Dentsu, said, “Cricket banter gets a lot of attention in popular media and Paine’s remark has provided grist to our creative mill. The Aussies are good sports and we’ve used their dig against them, to set up a face-off between the two teams. A cheeky personality like Sehwag was an easy choice as the celebrity face for this campaign.”

Kohli-led Team India will clash against the Aussies in the first ODI on February 24 in Visakhapatnam. With both teams working to finalise their core playing group in the run-up to the ICC Cricket World Cup 2019, this series plays an important role for both teams to identify their favourable playing XI.

Cricket fans can enjoy the action in their preferred language with detailed analytical commentary including the usage of graphics and augmented reality (AR) on the Select Dugout which will be available on Star Sports Select 1/HD for all the T20Is.

Cricket on Star Sports gets bigger and better with India winning an overseas series against the Blackcaps followed by Australia’s tour to India comprising two T20Is and five ODIs starting February 24 and the Vivo IPL 2019 starting March before the mega event of the year, the ICC Cricket World Cup 2019 from May 30.