The public service announcement video urges viewers to support the brave soldiers’ families by donating directly to the official website Bharat Ke Veer. With Lata Mangeshkar’s patriotic track Aye Mere Watan Ke Logo in the background, the video features names of all the bravehearts who lost their lives in the Pulwama attack 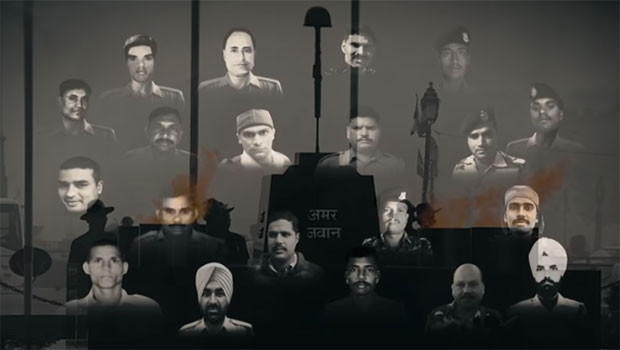 India lost 40 CRPF personnel in a terror attack in Jammu and Kashmir’s Pulwama attack on February 14. To pay homage to these martyrs, Star India has aired a heartfelt video across its network and digital platforms.

Through the public service announcement video, Star India encourages its viewers to support the families of the soldiers by donating directly to the official website Bharat Ke Veer.

The website is hosted by the Government of India’s Ministry of Home Affairs and is managed by a committee of eminent persons of repute and senior government officials, who would decide to disburse the fund equitably to the bravehearts’ families on a need basis.

A viewer can donate directly to an individual braveheart's account or may donate to the Bharat Ke Veer corpus. In order to ensure maximum coverage, there is a cap of Rs 15 lakh per jawan. The donor would be alerted if the amount exceeds the limit so that they can choose to either decrease their contribution or divert part of it to another account, or to the Bharat Ke Veer corpus.

The video, which has used the heart-wrenching track ‘Ae Mere Watan Ke Log’ sung by Lata Mangeshkar, features names of all those who lost their lives in the attack. The campaign was created in partnership with Saregama and with the support of CRPF.

Forty CPRF jawans were killed when a suicide bomber crashed his Scorpio SUV, laden with explosives, into a CRPF bus. The bus was shuttling over 40 soldiers and was part of a convoy of 78 vehicles with 2,547 CRPF personnel, moving from Jammu to Srinagar.

On February 26 morning, the Indian Air Force retaliated by striking across the LoC and destroying a training camp of the Jaish-e Mohammed, the terror outfit that had carried out the Pulwama attack. A group of Mirage 2000 jets were utilised in the operation.