For others OCD might be a disorder but Shukla considers it as his biggest strength. If not at the present position, he wished to be an account strategist at Google 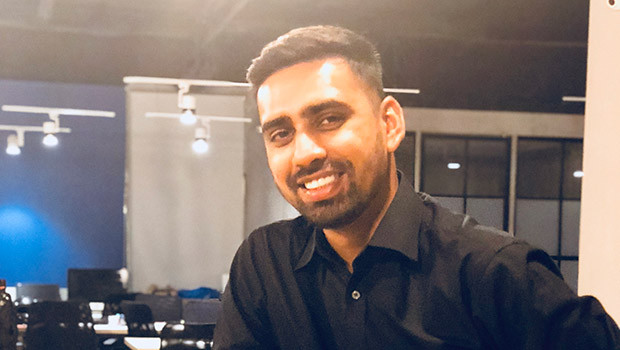 After having studied at schools across the country Shubham Shukla, Account Director, Client Servicing, Geometry Encompass, completed his BSc in Computer Science from Christ University.

Though Shukla had Physics and Electronics as major in his graduation, he soon realised in the first semester itself that Alpha, Beta and Gamma were not his cup of tea and he couldn’t picture himself calculating them for the rest of his life. He used to host parties for individuals during curfew hours at home or at hostels.

After convincing a few popular clubs in Bangalore to rent out their space at almost no price in the afternoons for those individuals, and selling tickets to these parties via word of mouth and must-listen-to-influencers, he was sure he wanted to pursue a career in events.

Having decided to change his line of education, he got admitted at Symbiosis Institute of Media Studies and specialised in marketing and advertising. As a part of the campus recruitment process, Encompass Events Pvt. Ltd. was the first organisation to interview him and started his career there.

“I was with Encompass for four years, when I felt the need for a change in environment. I pursued some other interests, only to realise that I wanted to be nowhere else but back where I felt at home.”

Shukla considers himself lucky to have found a good set of mentors in the current organisation. “I entered as a kid who had just graduated and stepped into the big bad world. The organisation believed in taking up challenges and delivering nothing but the best, and that had a trickle-down effect on everyone in the organisation especially me.”

In six years of experience with Encompass, he believes to have not just grown within the industry, but as an individual who found his identity.

When asked about the one project that he had fun working with, Shukla said, “The Asian Paints Annual Sales Conference in 2015 was a mammoth project, and I was super lucky that the management trusted me with leading something so incredibly big and important, with the little experience that I had.”

The launch of the Audi Q7 in 2016, when Geometry Encompass for the first time had won a pitch, was the most challenging project for Shukla that made him work on an automobile account, crafting an experience for the target audience that translated the positioning of the car.

For others it might be a disorder, but for Shukla his OCD (Obsessive Compulsive Disorder), organising every element be it on his table, or on an excel sheet, is his biggest strength. He said, “I believe this has been a key factor in shaping who I am as an individual, and in my growth in this industry.” And lack of patience is his weakness.

When asked about his biggest achievement so far, he said, “Being able to inspire young adults to consider a career in experiential marketing.”

“The adrenaline rush when the entire team comes together to deliver every unthinkable demand of the client, and manages to exceed their expectations, we feel like a bunch of creators looking at our own creation, all teary-eyed,” Shukla said talking about the best part of his profession.

And who all are his idols or people he admires?

The culture and spirit of innovation at Google has always inspired him and if wasn’t for his luck that landed him at Geometry Encompass, he wished to have pursued a career at Google as an account strategist.