Kotian, who never shies away from taking up challenging tasks, was into both sports and academics. Zenta was an entry for him into corporate world. He believes patience and perseverance are his biggest strengths 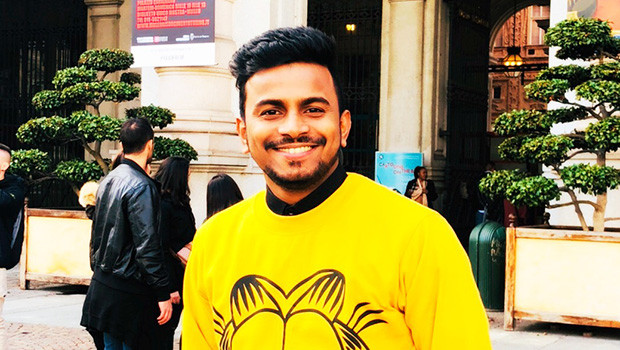 Born and brought up in Mumbai, Nihal Kotian was always academically driven, and had also represented both his school and college in cricket tournaments. After completing his schooling from Sir CJ High School, Kotian did his graduation from Patkar College.

He realised his strength of handling international clients when he entered the corporate world with Zenta. After working there for six months, he then joined TenderNews.com as Assistant Manager, International Business Development. Kotian said his experience there for three years had helped him hone his skills in international business.

Kotian says when Cosmos Maya happened to him four years ago, it changed everything. He joined Cosmos Maya as a Deputy Manager, International Business in April 2015.

“No prior experience in the media industry proved to be a handicap in my first few months in Cosmos Maya. I spent endless hours learning about the industry. It was not long before I could make the media industry my own,” said Kotian.

He started in Cosmos Maya as part of a two-member team. And today he heads the four-member international business team. “This is my first stint in a media firm so I don’t have a frame of reference, but I can say with utmost certainty that the work culture at Cosmos Maya is par excellence,” he said. Kotian shared how getting Cosmos Maya’s content on Netflix was both challenging and fun for him.

“Working at Cosmos Maya has given me the opportunity to interact and meet people the world over. There is so much one can learn from the different cultures of the world. I have the access to the best global practices and the freedom to implement them,” he said.

Sharing how he never shies away from taking up challenging tasks, Kotian said patience and perseverance are his biggest strengths, both in the professional and personal spheres.

“My biggest achievement so far has been to reach a stage where I am professionally sound, yet ever competent,” he added.

Asked who he admires, Kotian mentioned how among many other leaders, he found Anish Mehta, CEO, Cosmos Maya, and Devdatta Potnis, Senior Vice-President, Revenue and Corporate Strategy, Cosmos Maya as his idols.