Red Label spreads the message of inclusiveness in new campaign

The latest TVC by Ogilvy India challenges a prejudice, ‘#vegnonvegtension’, which exists in our society but in a light-hearted manner over a tasty cup of tea with two old friends 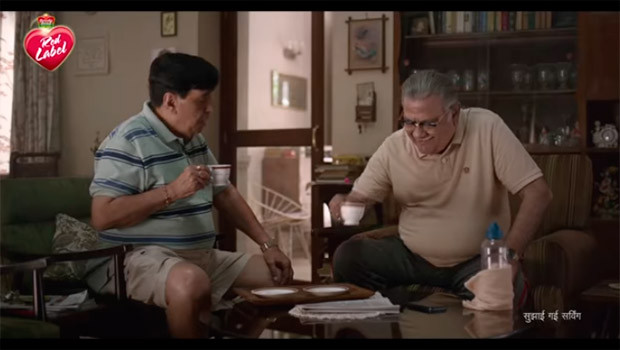 Over the years, Red Label’s ‘Swad Apnepan ka’ initiative has touched upon various societal issues that are often spoken in hushed tones. Taking the proposition forward, the tea brand in its new campaign harps on inclusiveness by bringing to the fore the issue of food preferences and the silent divide that exists between vegetarians and non-vegetarians.

The endearing film conceptualised by Ogilvy India features two aged friends meeting after years. The vegetarian friend visiting the non-vegetarian friend refuses tea on the grounds that meat is cooked in his house. What follows is a warm cup of tea and its aroma that breaks the veg-non-veg tension between the two friends. With the #vegnonvegtension initiative, the brand aims to start a conversation by inviting people to share their stories.

Shiva Krishnamurthy, Vice-President, Tea & Foods (HUL) said, “Brooke Bond Red Label’s purpose is to make India more inclusive. We believe in confronting and challenging prejudices that come in the way of being more inclusive. Our latest TVC challenges one such prejudice in a light-hearted manner over a tasty cup of tea. We hope that people will love it as much as they have loved all the earlier commercials of our on-going Swad Apnepan Ka campaign.”

Talking about the new film, Kainaz Karmakar and Harshad Rajadhyaksha, Chief Creative Officers, Ogilvy India (West), said, “The tone and manner of this Red Label film is lighter than what the consumers are used to. We were delighted to find out that they connected with the story and thought it to be a great continuation of the Red Label campaigns. This shows that the brand’s core belief that hospitality can melt hostility has found a clear and unique space in the hearts of its consumers. Prasoon Pandey has nuanced the story so well; the humour and deeper message, both come through beautifully.”