Warc Creative 100, the successor of the Gunn Report has ranked the campaign done for The Times of India as the ninth most creatively awarded campaign 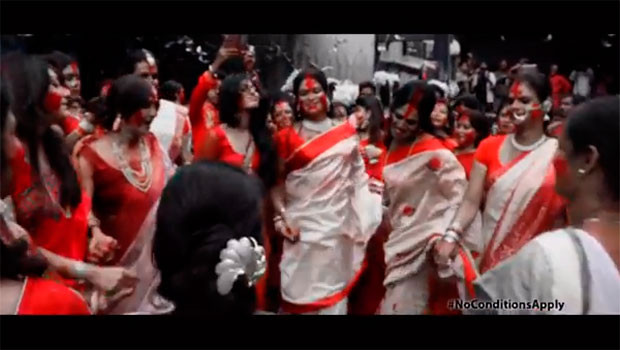 Warc has released the results of the Warc Creative 100, an independent global index of creative excellence in advertising, and successor of the Gunn Report. The rankings feature the most awarded campaigns, agencies, networks, holding companies, brands, advertisers and countries, based on an analysis of the results of the most important global and regional creative awards shows in the world in 2018, as determined by the advertising industry.

'Palau Pledge' by Host/Havas Sydney, is the most creatively celebrated campaign of 2018. In order to tackle mass tourism, the Palau Legacy Project, a sustainable tourism body, created a visa policy for the island of Palau to protect the nation from environmental damage.

Seamus Higgins, Executive Creative Director, Host/Havas Sydney, says: "The fact that such a human solution, created with the absolute dedication and passion to improve the world that our children will inherit has been ranked the number one campaign in the world, says something really good about what our industry values and has the power to achieve. I'm infinitely grateful to the incredible team, clients and country who made this happen."

Ranked second is '#Bloodnormal' by AMV BBDO London for feminine hygiene brand Bodyform/Libresse. The campaign centred around an online video to break taboos by showing period blood in a positive light.

BBDO agencies have had an impressive performance around the world with nine agencies ranked in the top 100, three of which are in the top 10. BBDO New York moves up from their second position last year in the Gunn Report, to be crowned best creative agency in the world. AMV BBDO London climb to second place having been ranked #20 last year and adam&eveDDB London follow closely in third position up from fourth.

BBDO Worldwide heads the networks table for an impressive 13th consecutive year - 12 under Gunn Report and now under WARC Creative 100 - with 22 different offices contributing to their total. DDB Worldwide is in second place and McCann Worldgroup third.

David Lubars, Chief Creative Officer, BBDO Worldwide, comments on their success: "What makes me most proud of topping the WARC Creative 100 is that it's not just one agency or campaign. It's multiple agencies delivering work for multiple clients across multiple forms and platforms."

No changes to the top half of the Holding Companies league table compared to last year as Omnicom takes pole position followed by WPP in second and Interpublic Group in third.

Global fast-food chain Burger King, having dropped to 7th position last year, has bounced back to take top place in the brands table for the very first time. Nike is down from first place to second, with Pedigree in third.

On his company's achievement, Fernando Machado, Global Chief Marketing Officer, Burger King, says: "At Burger King we believe creativity can be a competitive advantage. Doing things differently, standing out, and becoming part of pop culture definitely help strengthen our brand and our business. Our marketing teams and agency partners are honoured to receive this recognition from WARC."

Mars, the global manufacturer of confectionery, pet food, and other food products, is the most creative advertiser with campaigns for Pedigree, Skittles and Snickers ranked high.

USA retains its place as the most creatively awarded country in the world by far. United Kingdom and Australia follow.

The most highly ranked campaigns and companies in the WARC Creative 100 are: