According to founder Manish Bhatt, the agency will be the champion in infusing human emotions to brands like no other in our industry, when most brands and its consumers will be craving for the highest level of emotional quotient in 2028 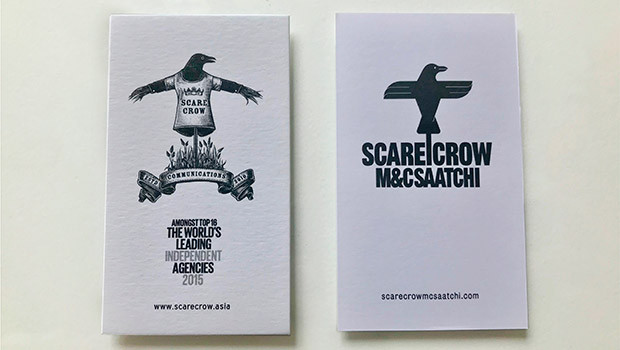 There’s a lot that has happened in the last nine years for Scarecrow M&C Saatchi, and to celebrate it, the agency has decided to ride on the popular social media wave — the 10-year-challenge — by creating its own version, the #NineYearChallenge. The occasion is its ninth anniversary, which it celebrated on February 9, 2019.

In a conversation with BestMediaInfo.com, Manish Bhatt, Founder Director, Scarecrow M&C Saatchi, spoke about how the agency has had its own share of challenges to face in its journey. “We didn’t have one, but multiple challenges that we faced. Firstly, none of us as founders of the agency had a business legacy. We all come from normal backgrounds. It’s like an idea shop or a creativity shop where we assumed we have equity in the market, but it’s heartening when brands like Nestle, ITC and Danone invest in us, without even calling for a pitch. Secondly, attracting and retaining talent is also a challenge. People have worked with us for six years, left and then come back again to join our agency — so it’s not just attracting but also re-attracting talent, even when it is us starting from ground zero.”

The next challenge faced by them was gaining the trust of MNCs but winning businesses like Nestle, Panasonic and Haier, Danone helped them overcome that too. The company also faced the challenge of the industry —the changing mediums, business and the equation of trust. “It’s as if the drift is against you but you not only want to survive but grow too. In such a case, when somebody has been eyeing and pursuing you since so many years, you know it’s a good feeling to get partnered with a brand name like M&C Saatchi,” added Bhatt.

Bhatt said that last year the agency hired 15 freshers, “It’s like a give-back gesture to the industry — to train freshers, customise them and prepare them for the industry and not just ourselves.”

How has Scarecrow evolved with M&C Saatchi stepping into the picture? “Both Raghu and I understand the importance of surnames — with my surname with an extra ‘t’,” Bhatt laughed. “So, we understand the importance of the surname Saatchi, which has had trained the biggies of the advertising world like Martin Sorrell and John Hegarty. We wanted to add a global surname to our local surname,” he adds.

Manish Bhatt said M&C Saatchi is in a phase wherein they are not too big nor too small, they are growing — just like Scarecrow. “Being associated with a big agency makes it too passive. We wanted an active partner wherein we could actively strive together towards achieving anything big.”

Also, M&C Saatchi has come out after a split from Saatchi & Saatchi and for them it’s like been there, done that. “They have their expertise. And they have seen the change from the ’70s to the ’90s and they are ready for a new change. They have an experience of about 50 years, and we thought that we should leverage this expertise. Also, they have been in the past so they are ready to invest in the future. Also, it is not just a materialistic partnership, it’s about partnering with each other’s potential.”

About where he sees Scarecrow in the next nine years, Bhatt replied, “In the next nine years, technology will probably make humankind crippled by offering the carrot of convenience and by showing the stick of a speedy life, and gradually turn our life into a robotic lifestyle. In that robotic era, in 2028, Scarecrow M&C Saatchi will be the champion in infusing human emotions to brands like no other in our industry, when most brands and its consumers will be craving for the highest level of emotional quotient.”

Bhat added, “The world is full of possibilities if you know where to look. In the past nine years, we have created a solid foundation. In the next nine years, we will build on this. Creativity will continue to be our biggest weapon. But its applications and scope will dramatically change. We will create cultural IPs, own media, deep dive into chosen verticals and handle global business.”

Moray MacLennan, Worldwide CEO, M&C Saatchi, said that in the next nine years, the agency will be the most influential creative company in the world, and will also be known for being the home to the creative entrepreneurs. Here’s what he had to say:

Richard Morewood, CEO, Asia, M&C Saatchi, spoke about advertising in Asia in the next nine years. “In the next nine to 10 years, the Asia region will continue to lead the way in digital and e-commerce, and this will open up huge creative opportunities for agencies. With its depth of talent and entrepreneurial nature, India in particular is well-placed to take advantage of these opportunities.”