Uber Eats recently launched its new ad campaign featuring Alia Bhatt to create brand awareness and build a strong connect with the youth. But will the Bollywood star be able to create a strong brand recall for the newly entrant food delivery platform in this space? 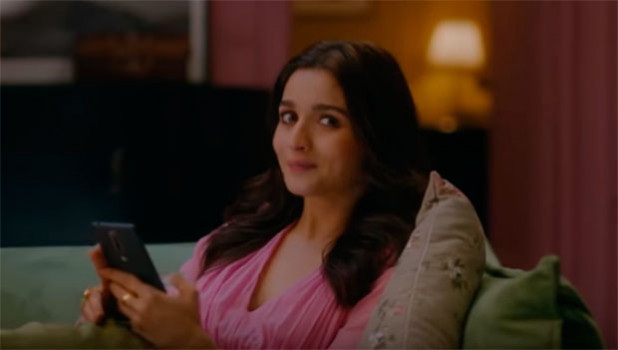 The online food ordering and delivery space is getting exciting with the emergence of strong players such as Zomato and Swiggy. Newer entrants such as Uber Eats and Foodpanda are not far in the race, in terms of their attempt to grab eyeballs through their various marketing initiatives. From releasing quirky ads to roping in Bollywood celebrities as their brand ambassadors, this space is churning good communication, which is helping them to have a strong recall.

Uber Eats recently launched its new ad campaign featuring Alia Bhatt. The objective of the communication is to create brand awareness and create a strong connect with the youth. The ad campaign comprising four films has been conceptualised by the in-house creative team. From deciding to order from Uber Eats because of the boring tinda cooked at home to cheating on diet, Alia is seen in her usual chirpy and enthusiastic avatar.

Speaking on the strategy behind the campaign, Namita Katre, Head of Brand, Strategy and Campaigns at Uber Eats India, said, “Ordering food at work or home is the new constant way of life now for the Indian youth. Our first mega campaign ‘Everyday Moments’ is designed around a consumer's ordering behaviour that goes beyond the basic functional reasons of speed and affordability. Uber Eats is an ally to the consumer seeking effortless exploration of food in their everyday lives. The communication has been designed to build that relatable connect with the youth as the everyday, aspirational food delivery brand for millions of youth in India. In Alia, India’s youth icon, Uber Eats has a partner who shares the spirit of the brand and manifests it through her memorable, engaging, aspirational and youthful connect embedding the brand in the everyday food ordering moments. The breadth of communication is built around this idea across ATL, digital and owned media, which will cement our positioning and bring it to life.”

Crisp script and Alia’s screen presence does the charm: Experts

Saurabh Uboweja, International Brand Expert and CEO Brands of Desire, liked the advertisement. According to him, the ad has a crisp script backed by Alia Bhatt as the lead, who has a highly credible and unforced screen presence. “It makes the campaign easy to recall, even though they don't really have a value proposition that is differentiated from what the incumbents offer. The strength of the campaign is that it is simple, doesn't even try hard to differentiate. Sometimes in a cluttered category, that can work well,” said Uboweja.

Uboweja said, “Brand recall will be high if it is not in isolation and is superseded with a follow through campaign around the same theme and star cast. Talking about the online food ordering space, Swiggy and Zomato lead the charts, the number 3 position is open for stiff competition between Ola-owned Food Panda and Uber Eats for me.”

Agreeing with Uboweja’s view, Arijit Ray, Co-Founder and Managing Partner, Paperboat Brandworks, said, “It is a nice ad, Alia’s spontaneity automatically lends a youthful vibe to the brand. The conversation is very natural and importantly the ‘Tinda moment’ is a sweet spot. It is actually one of the most fundamental insights for ordering food from outside. From the proposition point of view, it is a fertile area to own. Their ability to create multiple engaging executions will define the brand’s future traction with the core audience.”

Last year, Foodpanda roped in Shah Rukh Khan as its brand ambassador to talk about the brand’s various offerings, like early morning and late night delivery. Swiggy, on the other hand, has been going strong on churning good creative pieces. From the attempt to bring dignity to the job of the delivery person to Harsha Bhogle lending his voice to the brand TVCs, Swiggy is exploring the different creative routes.

Zomato recently had to face criticism after one of its delivery executives was found to be eating from a customer’s food packet. The video was shared widely and the brand image took a hit. But the brand was quick to address the issue by apologising and terminating the delivery executive.

The brand introduced tamper-proof tapes as a result of the unforeseen event. Having said that, the food ordering app recently announced that it hit the 28-million monthly order rates in December. It will be interesting to see if Alia Bhatt will manage to work wonders for Uber Eats with her youthful charm and cute appeal.