His passion for his work and art is what defines Krishnaa. He considers Michael Jackson as an idol and refers to his saved designs as a pot of gold 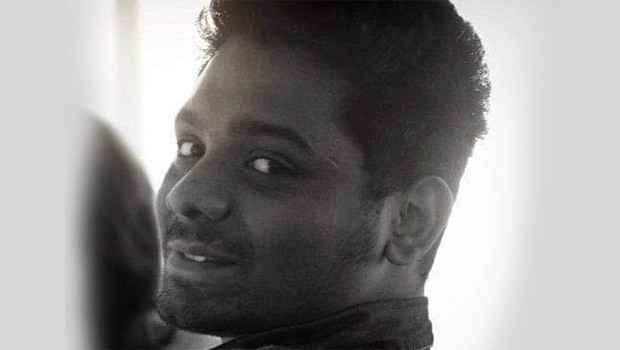 Discovering his potential in graphic design while experimenting with photography, Krishnaa Gada joined a creative boutique just after his graduation.

After studying Bachelors of Mass Media, he got his aesthetics strong while working on print designs at UV Design and Retail. Having worked there for a year, Krishnaa then moved to Jack in The Box Worldwide.

Believing that everyone who wants to pursue design should have some offline experience, he says 50% of his inspiration came from print.

On what makes it fun to work in his current agency with which he has been associated for eight years, Krishnaa says Jack in the Box Worldwide is an open box of possibilities.

“If compared my old job and any other agencies I’ve visited or have friends at, I think my current job allows me to be flexible with my work. The difference I feel is the kind of thinking we have collectively, which sets us apart. I like to believe that our collective experiences are uniquely different than others,” he said.

But how did he end up here?

“I was researching about other agencies and my eyes landed on the wackiest website of the time. It was Jack in The Box Worldwide, where I eventually landed up sending my portfolio. After a couple of meetings, I was selected to what I believe was the coolest place with an amazing diversity in talent.”

Krishnaa considers Strut120 as one of the most fun projects that he has worked for. Basically, it is a content platform that allows its readers to consume snackable content within two minutes.

“This was the first holistic project that I was entrusted with and I landed up dedicating an entire year in the process of creating the website (content platform), branding, marketing collaterals, offline assets, etc.”

For him, this project was different primarily because it called for capability and skills. “The feeling is almost like giving birth to a new soul,” he added.

When asked about his most challenging work, Krishnaa said BeBeautiful by Hindustan Unilever was something he wanted to exclusively work for. Not just challenging, he referred to it as his biggest achievement too.

With a pot of gold of all the saved designs he encountered while browsing the internet, Krishnaa says it is like his biggest strength and he has been doing it for decades.

To be in the right space and having patience is very important for every person to work. But how does that count as a weakness?

“I am extremely patient when it comes to design and I prefer designing when I am in the right head-space. Unfortunately, that’s not an ideal case scenario in the real world. I’ve had great experiences with people who understand the fact that design does not happen at the snap of a finger. For those who think I am just being lazy, I would rather call it my super power. It’s amazing how complex we are.”

When asked what he likes about his profession, Krishnaa said that his current job encourages him to do his own thing.

“Internationally, the industry keeps on evolving and my organisation encourages me to stay relevant and ahead of the game. That’s what makes my profession even better and interesting. Remote working is the next big thing and I think we should start accepting it in India.”

For Krishnaa, Michael Jackson is his idol because of his passion for work and art.

If not the Chief Designer Officer with The 120 Media Collective, then what?

“I’d love to edit videos. I understand how the video space is evolving and would want to dedicate my time in creating new experiences with video.”