The channel acquired 12 titles from BBC's library and will add more titles later. The new block will feature titles that have created a conversation recently and with it, the channel hopes to create a habit of biography viewing during prime time 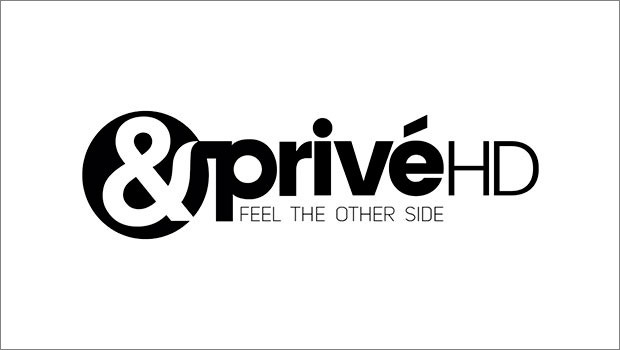 The changing ecosystem of television has pushed broadcasters to ramp up their content with differentiated offerings. Following suit, Zee Entertainment Enterprise Limited (ZEEL) is strengthening its premium English movie channel &PrivéHD with a new offering, ‘Privé Unscripted’, from the BBC library.

The new block Privé Unscripted will be telecast at 11 pm from January 21 to January 25. After that, the films will be aired every Sunday at 8 pm. The channel has handpicked titles from the library of BBC Worldwide, which are opinion drivers and capture the mood for the nation.

With the new block, the channel aims to push the envelope further for the non-conformist audience that wants to view authentic and sanitised version of biographies, instead of dramatisation.

Prathyusha Agarwal, Chief Marketing Officer, Zeel, said, “We constantly strive to bring to the fore, unique ways of looking at the other side of cinema and that is exactly what we aim to offer with Privé Unscripted. Authenticity today is a compelling need and a key driver for consumers across product categories and brand choices they make. In the content industry, we see it manifesting in the rise and success of movies inspired by real life. Pushing the envelope further on this trend, Privé Unscripted brings not just movies inspired by real life but life itself showcased in all its raw and unscripted glory.”

The new block won't be limited to biographies but will also feature other titles that are informative or are based on current real life incidents. The channel has acquired 12 titles from BBC's library. The block will start with 45-minute series Weinstein: The Inside Story. It will be followed by other titles such as Targeting Bin Laden (Featuring Barack Obama), Meet the Trumps: From Immigrant to President, Inside Obama’s White House, David Beckham — Into the Unknown and much more.

Speaking about the reason behind focusing on the unscripted blocks, especially biographies, Shaurya Mehta, Head, Premium Channels, Zeel, said & PrivéHD has a largely evolved audience hence they are showcasing not only true stories but stories that are opinion drivers.

"The topics featured under Unscripted are those that have created lot of conversation recently. So, the idea was to engage the audience from that facet. It is also why the curation of these titles become really important as opposed to have documentaries, which probably has been done by others channels in the past. The thought here was to have differentiation, hence we will keep adding titles to the library, making sure the selection of the titles justifies the unscripted block. The series won’t be limited to biographies. There will be other topics such as history and making of science fiction in cinema, where we explored different aspects of science fiction. It is a four-part series as well," he said.

Agarwal said the consumption of biographies and content revolving around real life stories have increased over the years. "Unscripted is coming from the consumers’ needs. Biographies are a huge genre for us. If we look at sub-genre then biographies contribute to 25% to 26% and is growing. Most of the genre growth on the channel is fuelled by our Property Inside series. Seeing the growth in consumption, we realised that today consumers need movies that have been made on real life incidents or characters. With this, we are looking into the raw unscripted content. Today, authenticity is a big deal, especially for non-conformists who don’t want the sanitised version. It is another experimentation from the &PrivéHD stable."

Myleeta Aga, SVP and GM, South and South East Asia, BBC Studio, believes that as the viewers are getting savvy and have easy availability of content, they will want to see different kinds of stories. "If we look at mature TV markets like UK, Germany or US, we have a lot of unscripted prime time on Sundays. It is one of the reasons why we wanted to bring content of brands like BBC Earth and National History to India. As documentary stories are doing well in India, it is an indication that the audience here is ready for the content revolving around real life stories and is kind of following the global trend." Aga feels that digital platforms have been major driver behind the increased consumption of biographies and real life stories.

Zeel and BBC entered into the partnership two years ago and since then they have witnessed growth on the Zee Cafe block dedicated to BBC series. &PrivéHD hopes to have a similar response to the unscripted block. Mehta commented, "We started a partnership with BBC two years back with Zee Cafe and saw success with that. Now we are entering the third year. As far as unscripted is concerned and seeing the content piece that we are offering, BBC is the obvious choice. They are known for creating true stories. Their library on such content is something we can have for years to come."

Commenting on the growth of &PrivéHD and &flix, Agarwal said, "World audience is seeking out content of select nature. We are seeing the growth through our numbers. Since its launch, &PrivéHD doubled its numbers as a category. From 42, we jumped to 80 and now the category has grown to 120 TSV last quarter. True stories and biographies are witnessing large consumption and hence the advertisers interested in aligning with that. &PrivéHD is a premium channel and we got advertisers across the board."

In order to promote and market the new block, the channel is going beyond its traditional way of marketing on television and digital. The block will be announced at the channel's on-ground intellectual property Privé Soirée with the screening of Weinstein: The Inside Story. The screening will be followed by a panel discussion with speakers from the entertainment industry such as, filmmaker Anand Patwardhan, and Bollywood actors Swara Bhaskar and Dia Mirza.

Through this property, the channel is aiming to attract influencers and opinion makers to start a conversion around the block. "&PrivéHD always has a distinct way of promoting. With this kind of content, conformists are looking into what opinion makers are talking about. We will take the block to Kala Ghoda as well. It will be our main pillar like last year. Apart from the on-air and digital push that we normally do, placing it with opinion makers will bring authenticity. The response to Soirée is growing and we have opinion makers talking about it a lot. We have always said that we are trying to build a community and we are planning to take it further. Even on digital, we will start the conversation and it will help us to have more engagement," Agarwal said.