Rolled out by Taproot Dentsu, the campaign shows how arm-chair cricket experts are given a platform where they can be heard and valued 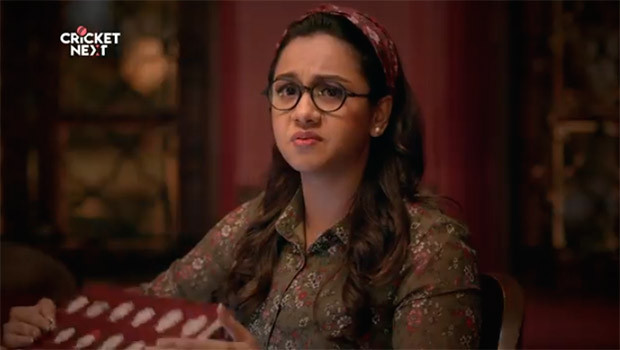 Network 18 has launched a campaign to promote its app ‘CricketNext’, which puts the cricket-crazy fan at its centre. The campaign has been rolled out by Taproot Dentsu, the creative agency from Dentsu Aegis Network.

The app is designed to be a forum for fans to voice their opinion and post video comments, along with other standard features such as live score updates. In keeping with this theme, the films celebrate these opinionated fans.

The campaign starring Anil Kumble comprises two films, in which arm-chair experts are unexpectedly given a platform where they can be heard and valued. Rahul Kansal, Group Brand Advisor, Network18, said, “Cricket Next is a next level app for the next level fan. Beyond just giving live scores and basic commentary, it invites passionate cricket fans to offer their opinions and share their insights on the game. The film tries to dramatise this promise that it's an app where fans rule.

Neeraj Kanitkar, Creative Director, Taproot Dentsu, said, “The all-new CricketNext app is homage to the ultimate cricket fan who is always ready with an opinion but has nowhere to voice it. This app is a platform where this fan’s every opinion on team selection, on-field strategies, etc., is not only heard but welcomed. The TVCs are a dramatic representation of this, with Anil Kumble literally breaking the fourth wall and acknowledging the ultimate fan’s opinion.”