Every entry to The Shortlist will be evaluated by a world-class jury comprising international and Indian judges. The Shortlist has been set up in partnership with Zee Entertainment Enterprises Ltd, and has the support of The One Club For Creativity 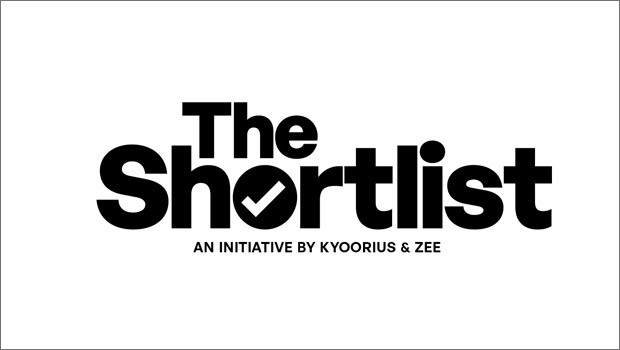 Kyoorius has launched ‘The Shortlist’, an initiative to help agencies manage costs in the area of awards entries. Advertising, media and digital agency businesses are challenged with pressure on margins, forced by increased competition. In such a scenario, agency management is always on the search for areas in which costs can be cut without compromising on the quality of their output. Now they can make informed investment decisions that maximise their award efforts and can get their work audited in The Shortlist by a world-class jury before entering international award shows.

Rajesh Kejriwal, Co-Founder and CEO, Kyoorius, said, “Our continuous dialogue with the marketing communications fraternity is the reason behind The Shortlist. Awards are expensive investments — the reasons for entering an award show are many. As the economic climate in which agencies operate gets tougher, wiser decisions have to be made to ensure better ROI. The Shortlist provides valuable feedback and validates what eventually can or should be entered into awards shows.”

Every entry to The Shortlist will be evaluated by a world-class jury comprising international and Indian judges, as has been the case with every Kyoorius award, such as the Kyoorius Creative Awards, the Kyoorius Design Awards, the Times of India Power of Print Awards, the Star Re-Imagine Awards, etc. “The Shortlist is the truth told by some of the best creative minds in the world,” said Josy Paul, Chairman and Chief Creative Officer, BBDO India. “It’s not just about awards but an honest and objective assessment of where our ideas stand in the larger global scheme. Think of it as the qualification round for the creative world cup. Winning is the by-product.”

“Kyoorius seems to have hit on a super pragmatic idea for today’s cash-strapped times for agencies,” said Amer Jaleel, Group Chief Creative Officer and Chairman, MullenLowe Lintas Group. “All of us rue the fact that there are too many awards these days but to take that insight and come up with a pre-awards idea, takes a special talent. To me this idea sounds as big as The Gunn Report, which aggregated points for agencies post awards. This one is pre and it can be used as a predictive tool so that agencies can focus on where to invest their increasingly hard-earned revenue.” “I believe The Shortlist is a great idea that I wish existed a decade ago,” said Sidharth Rao, Co-Founder and CEO, Dentsu Webchutney. “All agencies will agree that there is huge wastage of time, resources and money when it comes to selection of entries to awards that we all aspire to win. A high quality jury will help the industry optimise its budgets, resources and expectations.”

“It is much needed insightful initiative by Kyoorius,” said Manish Bhatt, Founder Director, Scarecrow M&C Saatchi. “In the 1990s, legends like Neil French and David Droga used to help award aspirants personally in Ogilvy and Publicis (respectively) to shortlist and curate award-worthy ideas from our international wish-list. New-age agencies and young aspirants of today's era need such world-standard mentorship to shortlist their dhobi-list of potential entries, especially in this financially challenged phase of our industry. What better than a dynamic platform like The Shortlist to take a step in this direction and help the industry meaningfully.” “This is an idea that CCOs and CFOs will love,” said Bobby Pawar, Chairman and Chief Creative Officer of Havas Group India. “It’s so on the nose, so obviously brilliant that I wonder that no one (including me) thought of it before. In far too many cases, the approach to entering awards was ‘spray and pray’. The Shortlist can effectively put a bullet to the head of the long-shot and ‘no shot’ entries. There is the added advantage of being able to tell teams who won’t quit whining, ‘If your work can’t make The Shortlist, it has a snowball’s chance in hell of making it anywhere’.”

“The Shortlist will ensure nothing but quality and pure creativity,” said Santosh Padhi, Co-Founder and Chief Creative Officer, Taproot Dentsu. “The Shortlist to me is like the Ranji Trophy format, which ultimately helps the Indian team; it’s a good platform to focus country first, which we have always played on the backfoot. Another advantage is most of the time when we enter the work, it’s finished and released so the bullet is already fired. In this case, one can send semi-finished ideas too and if the feedback is well defined, well directed and if implemented accordingly, this can make a great difference to the final product.”

The Shortlist has been set up in partnership with Zee Entertainment Enterprises Ltd, and with the support of The One Club For Creativity, organisers of the One Show and the ADC Awards. "The Shortlist is a highly useful new resource that will greatly assist creative directors as they determine their awards show entries,” said Kevin Swanepoel, CEO, The One Club for Creativity. “The decision to enter a piece of work to an award show must be well thought-through, and The One Club has worked closely with Kyoorius to develop this platform to help agencies make that determination. The Shortlist utilises a robust evaluation process, designed specifically to provide an actionable audit. At the end of the process, creative directors will have greater confidence in then submitting their 'shortlisted' work to The One Show global awards."

Details on the call for entries, categories, submission guide and jury will be revealed soon at theshortlist.kyoorius.com

The evaluation of entries to The Shortlist will be announced in February 2019.

Kyoorius connects the creative community in India through programmes that inform, inspire and stimulate and celebrates all aspects of creative communication and marketing. Through events, regular publications and other initiatives, Kyoorius inspires future innovators.

Tags: Kyoorius The Shortlist
Advertisment
More from this section