How niche channels will survive under the new tariff regime

Broadcasters are worried that niche channels such as music, movies and lifestyle may see a major fall under the new tariff regime. To contain the headwinds, broadcasters have started revamping the content, upping their marketing game or even planning to go FTA to cash in on the reach. BestMediaInfo.com finds out their survival strategy 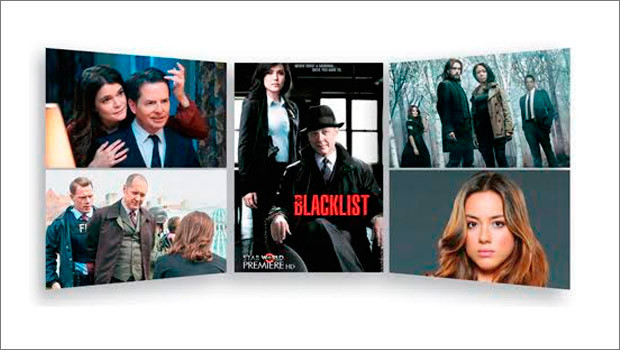 Niche channels are staring at an uncertain future in terms of viewership under the new pricing regime for TV channels.

The broadcasters fear that not too many people would choose these channels because there's hardly any content differentiation.

Under the new framework, viewers will be able to select and pay only for those channels they want to watch instead of paying for the fee for the entire pack.

Experts believe the networks’ top GECs might not be affected because of the viewers’ loyalty towards the shows. But the niche channels will find it challenging to survive if they don’t offer differentiated content.

Vivek Srivastava, EVP, Times Network, said, "Each brand will have to offer something unique to the viewers. Me too brand will not survive, especially in the long run. We offer a bouquet of channels that cater to different consumer segments, whether it’s the diehard romantics on Romedy Now or connoisseurs on MN+ or blockbuster and thrill-seekers on Movies Now and MNX. On the news side, Times Now, Mirror Now and ET Now focus on distinct and very carefully crafted content aligned to the brand philosophy."

Some of these second-rung channels have already started revamping their content. Sony Sab is introducing four new shows, two each in the weekdays and weekend. The four shows will go on air from January 26. "I think right now, there are around 10 movie channels and to get viewers, they will have to get new movie titles. They can’t have similar movies as consumers won't go for channels that don’t offer fresh content. Also, consumers don't think about what channel they watch while watching a certain movie. So movie and music channels have to differentiate to gain viewers," a media analyst said.

While the content has gained importance, broadcasters also believe that the consumers who view such channels will keep watching out of habit. Prathyusha Agarwal, CMO, Zeel, said, "Content that attracts viewers will always work and the channels that provide those content will be at the top. Innovation and experimentation will always be part of Zee's content strategy be it Living Foods, &PriveHD or &Flix. There won't be much effect on viewership under the new regime because entertainment is a habit. A consumer who watches &Prive HD will know the content that the channel is curating and will continue to watch it. Similarly, the consumers who have the habit of watching shows on a particular channel will continue to watch it. That habit is not going to break because there is a new regime. The big difference will be that now broadcasters will get real-time feedback. The main thing that the regime is doing is bringing transparency on the distribution front."

The marketing of the channels will also play major role under the new regime. Agarwal believes that the biggest change will be on the marketing front, as now broadcasters will have to influence the purchase decision and build the brand of the channel. "Earlier, broadcasters used to focus on promoting shows but now building channels will be of equal importance. To date, there was viewer marketing but now subscriber marketing will be the focus. We will put a lot of efforts on subscriber marketing and educate consumers. There will be other forms of marketing as well but most critical will be marketing with cable operators," she said.

Agreeing with Agarwal, Srivastava stated that consumer advertising has always been important but now will become paramount. "Every brand will have to offer something to its viewer base however big or small. Marketing will no longer be focused on the top 6-10 towns. We will have to go deeper and be more relevant. A paying subscriber in Allahabad is as important as that in Mumbai. In fact, markets beyond top metros will be growth drivers, especially for English brands," he added.

The packaging and FTA advantage

Now, with the spill-over advantage lost, the brands are awaiting for unique packages offered by broadcasters, cable and DTH operators. BK Rao, Marketing Head at Parle, said, "The key determining factor will be how cable operators come up with unique packages for consumers. For instance, there might be a standalone one or two channels, which wouldn’t be part of the network but what they can do is they can actually collaborate with one of the networks. They might approach big networks like Star, Zee, Sony, Viacom and ask them to include such channels in its offering and even networks will think that it will increase their value. That can be one possibility. The other possibility is cable operators coming up with their own unique combination packages."

Speaking about the special bundled packages, Srivastava stated, "We have always tried to create buckets that resonated with consumer preferences and demand. We very strongly believe that Times Network Bouquet is something that is a must have in every household and that our strong Hollywood and news offering will be the start of every premium pack in the market.”

As the advantage of spill-over is being lost, the broadcasters are also plucking its less working channels. Recently, Sony Pictures Network India decided to discontinue the broadcast of Sony Le Plex HD, Sony ROX HD and Sony Ten Golf HD since these channels have a dispersed and niche viewership. The niche programming of the channels will be aired on other channels featuring similar genres.

While some networks are dropping channels, there are broadcasters who are shifting to Free to Air (FTA) channels. Recently, Business Television India (BTVI), an English business news channel, converted to FTA following the new regime. Under the new regime, the operators have to offer 100 channels, which are mainly FTA, for a fixed fee. These channels will be preferred by advertisers following the guaranteed reach.