Hotstar to reinvent content offering and the pricing model

The OTT platform has tied up with popular names such as Salman Khan, Shekhar Kapur, Kabir Khan and Ram Madhvani to launch 15 original shows. The shows will be launched in all major Indian languages as the streaming platform is trying various ways of storytelling to engage viewers

Facing intense competition from international video streaming giants such as Netflix and Amazon, homegrown Hotstar is making massive investments in the content as it plans to launch 15 original shows across various genre under its Specials series.

To start with these shows will be behind a paywall. However, the platform is also planning to start the content based transaction instead of a purely subscription-based model.┬Ā Hotstar is also considering to launch digital first movies and non-fiction format shows.

All the shows will be dubbed across seven languages ŌĆō Tamil, Telugu, Bengali, Marathi, Malayalam, Kannada and Gujarati. The network will also focus on creating regional shows that will mostly be launched in a binge format. For certain shows like thrillers, the platform might change its format to episodic.

Talking about the upcoming content, Sanjay Gupta, MD, Star India, said, ŌĆ£Star has always challenged conventions and been at the forefront of content reinvention in India. With the mobile phone leading an explosion in the number of screens in the country, we feel that our content also needs to reinvent and boldly move forward. With Hotstar Specials we hope to create the biggest Indian stories delivered to a billion screens. To bring this vision alive, we are proud to partner with a stellar line up of talent who are headlining our first set of Hotstar Specials."

While Hotstar is investing heavily in the originals, it is one of the last entrants to explore the originals market as international players such as Netflix and Amazon have already made inroads in the segment. In the last few months, the international players have invested heavily in shows like Sacred Games, Lust Stories, Inside Edge, Breathe amongst others and has attracted a high number of viewers. 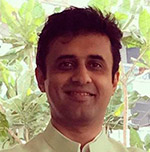 When asked about the ways Hotstar plans to distinguish itself from the competitors, Nikhil Madhok, EVP & Head - Hotstar Original Content, said that they hope the platform becomes a canvas for popular storytellers to feature their stories.┬Ā ŌĆ£We have been able to put together the list of 15 popular story-tellers and creators from this country, so it is an exciting marriage of biggest platform in the country with the best storytellers. Also, the range of stories we will create will be something fascinating, and that will differentiate us from whatever has happened in the market till now and hopefully we will be able to set a benchmark,ŌĆØ Madhok said.

Gaurav Banerjee, President & Head - Hindi GEC, further added that the idea is to do something on a large scale and wow viewers, making them believe that in this digital age, Indian stories are also coming of age.

Earlier, the platform had delved into original content through its property Hotsar Originals wherein they released shows such as On AIR With AIB, Fanatics, Suffering from Pyaar and Tanhaiyan.

However, Banerjee commented that Hotstar Originals Hotstar Originals were never part of their strategy, as it were never solely created for digital.┬Ā ŌĆ£75% of the viewers of hotstar consume entertainment content. They are largely watching a lot of original content created for television and is available on Hotstar. Now, with Hotstar Special we are adding something that we have curated only for Hotstar,ŌĆØ he added.

The new shows will experiment with the duration. While TV has a set duration of 30 minutes, Hotstar will determine the duration of shows at the back of the stories and plots.

Banerjee commented, ŌĆ£The story can go for four hours or five hours or whatever duration the story demands. The only thing we are doing is what is right for the story and what captures the potential of the story. I think that opens up a lot of possibility for creative people. All the 15 shows are the passion projects of these storytellers and have been in works for the past six to eight months. We are focusing on what consumers want; they can binge watch or watch one episode at a time.ŌĆØ

Several OTT platforms such as ALTBalaji, Netflix are offering adult-heavy content to attract consumers.┬Ā While it seems Hotstar is the last entrant to the game of originals, the platform is not planning to narrow itself with any specific content. ŌĆ£Our focus will be telling stories which are compelling. We are not categorising in one area or other; the range of stories will be such that it will be able to engage the interest of consumers. Moreover, if there is an edgy content that we are planning to offer, then we will inform the consumers accordingly. We will make sure that they make a well-informed choice,ŌĆØ Madhok stated.

Seeing the huge response from the users, Star India is exploring several ways of monetising Hotstar Specials. Initially, all the content under Hotstar Special will go behind the paywall, however, the platform is thinking of offering initial episode for free so that the consumers can sample the shows. ŌĆ£Content-based transaction will be experimented as well. Currently, on Hotstar we got hybrid model so we will have few shows for free while a few are behind the paywall. Currently, the show behind the paywall is largely Hollywood content. Some of these are intended to go there as well,ŌĆØ Banerjee said.

Following the response for the Hotstar Special, the platform will plan to experiment with non-fictional format and digital first movies. ŌĆ£As far as formats are concerned, we are focusing on drama series, but the range of the drama series that will be launched under this initiative will be pretty broad. As far as digital first movies are concerned it is not part of this announcement, but that is something we are looking at,ŌĆØ Madhok said.

As the platform is investing heavily on originals, they have also got a team of in-house engineers who are looking into upgrading the platformŌĆÖs interface with new technology, at regular interval.

Paytm appoints Bhavesh Gupta as CEO of its lending business

Digital and content marketing are important pillars of our marketing strategy: Sumeet Singh of Info Edge